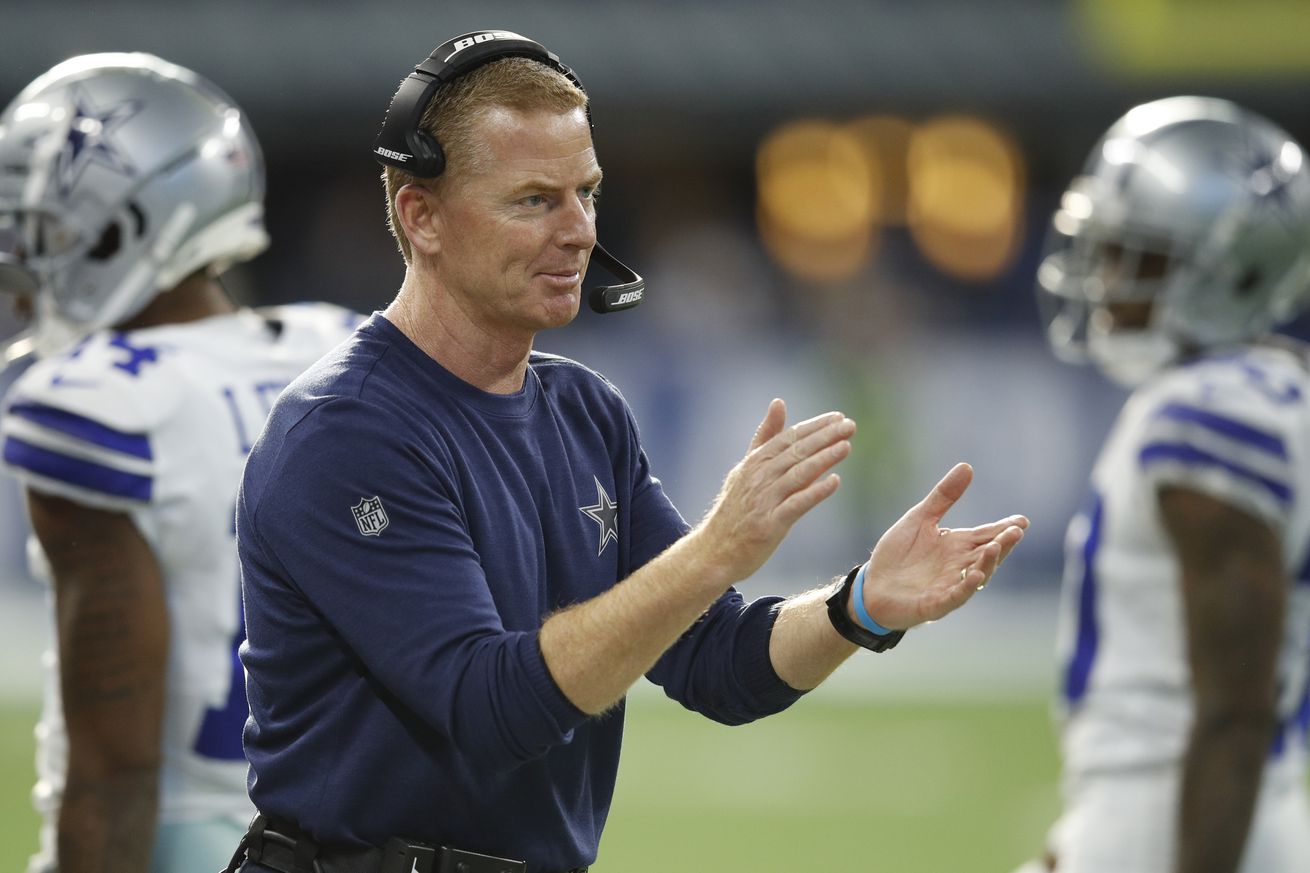 Jason Garrett holds his final press conference before the Cowboys host the Buccaneers on Sunday. Let’s check in on what he had to say. (All Garrett answers are paraphrased and not actual quotes).

Tampa Bay presents challenges across the board on offense

Jason Garrett was complimentary of the Buccaneers offense as a whole on Friday. He cited almost every position on offense in a complimentary way and noted that there are a lot of weapons that you have to contend with on the offensive side of the ball.

Taco Charlton has practiced well the past couple of days

There was no commitment on whether or not he will play this Sunday, but coach sounded positive about his practice sessions this week.

Coach noted that Martin did pretty well yesterday and they are hopeful he can do some more today. When asked about who makes the decision if he can play, Garrett noted that it is a combination of what they player is telling you, what the medical doctors think and what the coaches are seeing on the practice field.

The General only played seven snaps last week and Jason Garrett would not tell us how much he would play on Sunday against Tampa Bay. The Cowboys are going to monitor the situation and take it day by day. He did note that Lee is an important part of the team and they would want to get him in there when he is ready to go at a regular game pace.

Much has been said about how difficult it is to find room for Lee, Leighton Vander Esch, and Jaylon Smith. Jason Garrett continues to emphasize that this whole situation is about Sean Lee’s individual status and nothing else.

“We’ll see” if Tavon Austin can go on Sunday

It’s been a long time since Tavon Austin suited up for the Cowboys and we still don’t have any clue when the next instance will be. Tavon has yet to play for the Cowboys in the Amari Cooper era. Coach noted that he practiced well last week but when it came to the game there was a feeling he just “couldn’t cut it loose” from him and the coaching staff.

Tight ends are continuing to grow with experience

We’ve seen the Cowboys lean more on the tight end position over the last couple of weeks and Jason Garrett noted that this is a product of them playing more and getting experience. The young tight ends are seeing success after persevering through some adversity.

The guard is looking a lot better and practiced fully yesterday.