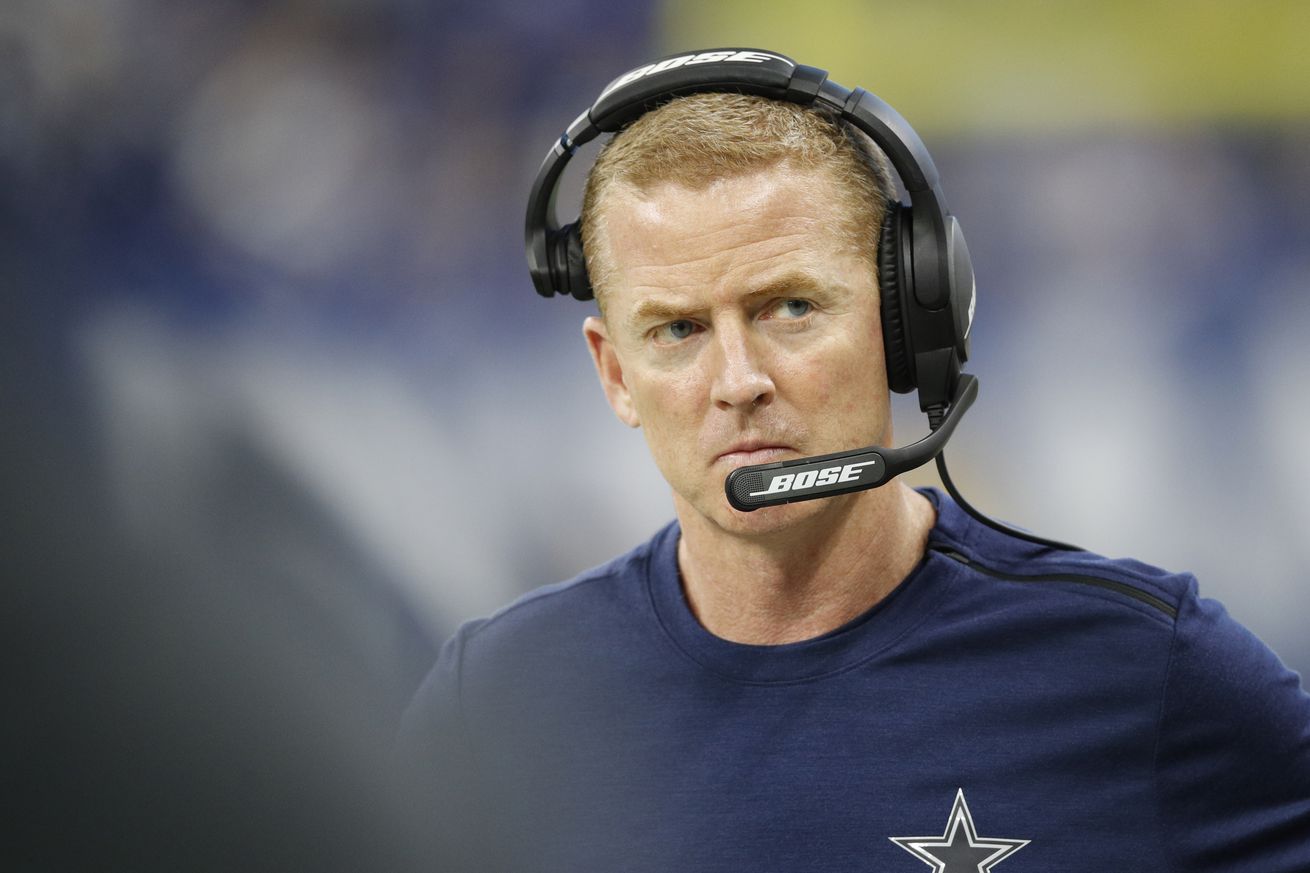 Making the postseason is one thing. Really belonging is another.

The Dallas Cowboys are all but assured a playoff spot now. Just one more win, or one loss each by Philadelphia and Washington, and Dallas is in. But with all the problems they have had, and the blowout loss to the Indianapolis Colts, there is a big question as to just how legitimate a playoff team they really are. Our Michael Strawn and Tom Ryle, naturally, have things to say about that.

Michael: Well, I’m of two minds here. On the one hand, the Cowboys are not a high quality team. They’re a mediocre team. Everything informs of us this. The team’s record (barely over .500), the team’s point differential (+7 on the season), rankings, advanced stats . . . all tell us this isn’t a great team.

Normally that would leave me pessimistic about the team’s fortunes. On the other hand, I have reason for optimism. The defense has been legit throughout the season and I believe the Indy game was just an aberration. That alone means they have the ability to stay in games even against high-powered teams. Second, the offense isn’t always terrible; sometimes it’s pretty good. Zeke + Amari Cooper + an improving tight end corps can do some damage. And perhaps most importantly, Dak Prescott has shown an uncanny ability to raise his game when the stakes get high. All one has to do is go back to his performance against the Packers in the 2016 playoffs when Dak had perhaps his single best game as a pro.

This isn’t the 90’s Cowboys where they were clearly the better team pretty much every game. But, I’d be happy to watch this team take their chances and see what can happen. A mediocre team suddenly getting hot and making deep playoff runs in the NFL is pretty common.

Tom: I keep focusing in on a word you used: Mediocre. This season is one of mediocrity across the NFL. Only five teams have clinched a playoff spot with just two games to go. Most of the league is just not impressing. The NFC is probably more mediocre than the AFC, which has a lot to do with the records of the three NFC teams that have locked up a spot. And the NFC East is arguably the most mediocre division of all, with two teams at .500 and the Cowboys, as you noted, just a game better. It is possible that Dallas, Philly, and Washington could all finish the season 8-8, with Dallas backing in as the division “champ”.

The Cowboys had a chance to show they were a real threat to the rest of the field when they played the Colts, and blew it in just about every way they could. Maybe it was just a letdown after that impressive five-game run. Or maybe it was the true nature of the team showing up. And perhaps they can prove something this Sunday against the Tampa Bay Buccaneers, although that is a bit questionable, because, Buccaneers. But right now, this Dallas team does not have the resume that says “contender” to me.

Michael: You make a very good point about the state of the NFL – there are no great teams. Which is why fans should be excited about the possibility of the Cowboys simply getting into the tournament. Once there anything can happen because we’ve seen every team that’s supposed to be “great” get reduced to fodder recently. Saints, Rams, Bears, Chiefs, Patriots, Seahawks, Steelers – every one has suffered a defeat that looked pretty similar to what happened to the Cowboys last Sunday.

It wasn’t that long a go that a very mediocre team that barely managed to scrape into the playoffs looking nothing like a contender then used a ferocious pass rush and all around quality defense, along with a mediocre quarterback who upped his game for a month, to win a Super Bowl (2011 Giants, 2012 Ravens). I’m not saying it’s going to happen again, but you don’t have to squint real hard to see the possibility.

Tom: I just wish I could see something different when I squint at the Cowboys. Some flaws have shown no real sign of being fixed, like the red zone offense. Others just have to be endured, like the O line injuries. Dallas really has to capitalize on their strengths, but it is disturbing that they had nothing last Sunday.

A strong performance against Tampa Bay would help, but as has been mentioned, they have not really beaten anyone good outside the Saints. There just isn’t a lot of evidence they can win against, you know, real playoff contenders.

Michael: The team’s flaws are numerous and substantial. Specifically the offensive line and red zone woes. Even with Zack Martin the offensive line has struggled throughout the year. I’ve maintained for a while now that if/when the Cowboys’ season ends the performance of the offensive line is going to be a key culprit. Same thing with the red zone issues; the team has had 14 games to get it fixed and seems to have no better ideas now than in the team’s season-opener.

That doesn’t change my overall opinion, however. The team has overcome poor offensive line play and red zone dysfunction in a number of wins this year. The team could do better in these areas as well (you never know). I just feel that in the watered-down NFL of 2018 we should be excited about any post-season opportunity.

Tom: Well, one thing we agree on is having some excitement about the Cowboys being in the playoffs. Maybe they can get hot and make a run. As you said, it has happened before.

We will have a better feel for this after this Sunday’s game. Hopefully they will notch the win and lock up the division, and just maybe show us a little improvement in those key areas. Martin looks like he is going to try and give it a go, and that may be a pretty big help. The real test of how legit Dallas is comes when they play a game in January. I am not sure how pessimistic I really am, given what they did to even get to this point. Rest assured, I am pulling for them to make me very wrong about them not belonging.

So what do you think? Do the Cowboys belong in the playoffs, or are they looking at a quick and disappointing exit?