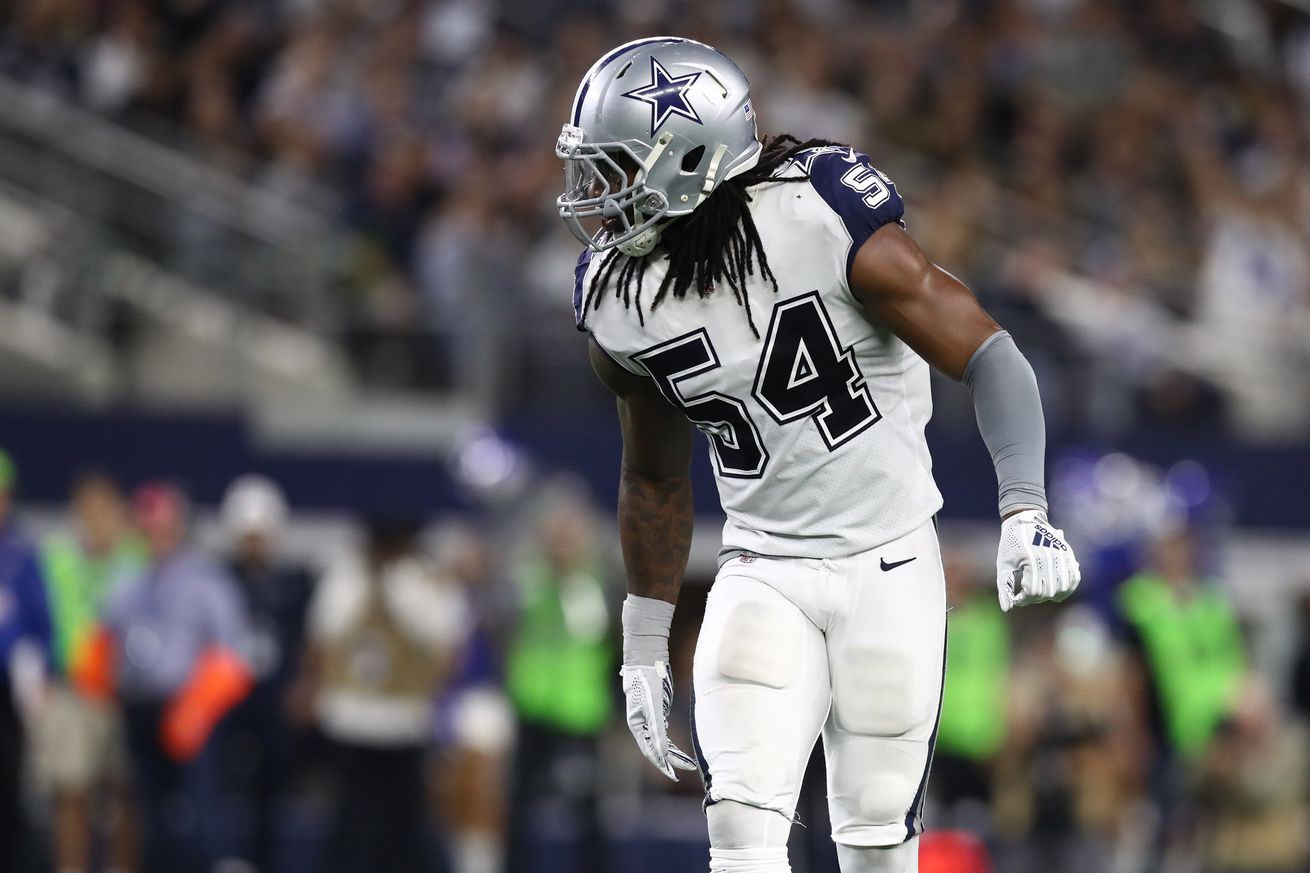 Jaylon Smith speaks his mind, and it’s a wonder to behold.

One of the better problems that the Dallas Cowboys have had in recent memory is trying to figure out the balance between veteran linebacker Sean Lee and rookie phenom Leighton Vander Esch.

The good news is that the sport of football allows you to play multiple linebackers, but the Cowboys are rich beyond just The General and The Wolf Hunter. They have The Predator, The Godbacker, the story that was impossible not so long ago. They have Jaylon Smith.

It’s not a coincidence that the ascension of the Cowboys defense has coincided with Jaylon Smith’s return to who he was at Notre Dame. In the middle of that Venn diagram lies a sweet spot where the Hot Boyz live and Drew Brees doesn’t succeed. It’s a beautiful space for the 2018 Cowboys to operate in.

Smith recently sat down with Bleacher Report and talked about his story and what’s helped the Cowboys this season. It’s quite the read and well worth your time. There are some interesting highlights.

Jaylon makes plays that “energize” the Cowboys as a whole

The Cowboys defense seems to thrive off of energy and they have plenty of sockets to plug their electrical cords into. DeMarcus Lawrence brings more of a fire, Leighton Vander Esch is certainly a new and different taste, but Smith is without question the electricity. When he makes a big play it sends a surge throughout AT&T Stadium that indicates things are going the Cowboys way. Good for him.

A “huge fight” broke out at practice recently

The Cowboys had won five games in a row before traveling to Indianapolis and considering they’re in the dog days of December it’s easy to imagine things getting a little contentious with everyone trying to play at such a high level. We saw former receiver Dez Bryant and Jourdan Lewis get into it on Amazon’s All or Nothing last season, and according to Lewis and Co. there was another scuffle recently.

“The way Jaylon plays,” Lewis says, “that’s how you have to think. You have to be like, ‘Whatever. The odds might be against us but we have to go out there full speed and attack.’”

Adds linebacker Chris Covington: “When he makes one play, it’s turnt up. It just takes one play.”

So, no, it’s not a shock when multiple players note that a huge fight broke out at practice recently. Nobody will dish names, but this is exactly the kind of cutthroat environment Smith has helped create. The middle of December feels like the middle of August.

Tension is good for football teams. People looking to better each other on a daily basis is never a bad thing. If the Cowboys are trying to hold people to a high standard then that’s very good to see.

Every team, offense, defense, or whatever group of people needs a leader, especially in football. There are all sorts of things and situations designed to breed leadership, the Cowboys even have a leadership council.

Beyond the council there are obviously captains on the Dallas Cowboys. Defensively only Tyrone Crawford and the aforementioned Sean Lee wear the iconic “C” on their chests but with the latter out it makes sense that Smith has ascended to a leadership role.

And right now, Smith is obviously the king of this city.

He likes the sound of that.

He has arrived. Finally. Smith is himself again, and what a glorious feeling that is.

There’s no disputing that this is his defense. That he’s become one of the league’s best linebackers. That he’s a player with the kind of speed and punch and venom you’ll find in Canton.

B/R also notes that Jaylon Smith and Sean Lee had a “passing of the torch” type of conversation so this is something that seems to be very prevalent among the Cowboys themselves.

He had the passing-the-torch conversation with veteran Sean Lee long ago. This is his time.

He’s the one telling everyone where to go on the field, play to play. He relishes the pressure of wins and losses resting on his shoulders.

”The defense doesn’t succeed without me,” he says. “I’m a born leader. It’s innate.”

Jaylon Smith is one of the best players on the Dallas Cowboys. He is also one of their more vocal leaders. This is the type of player that teams dream with and it’s such a great thing to see all of this coming together given where his NFL career started.