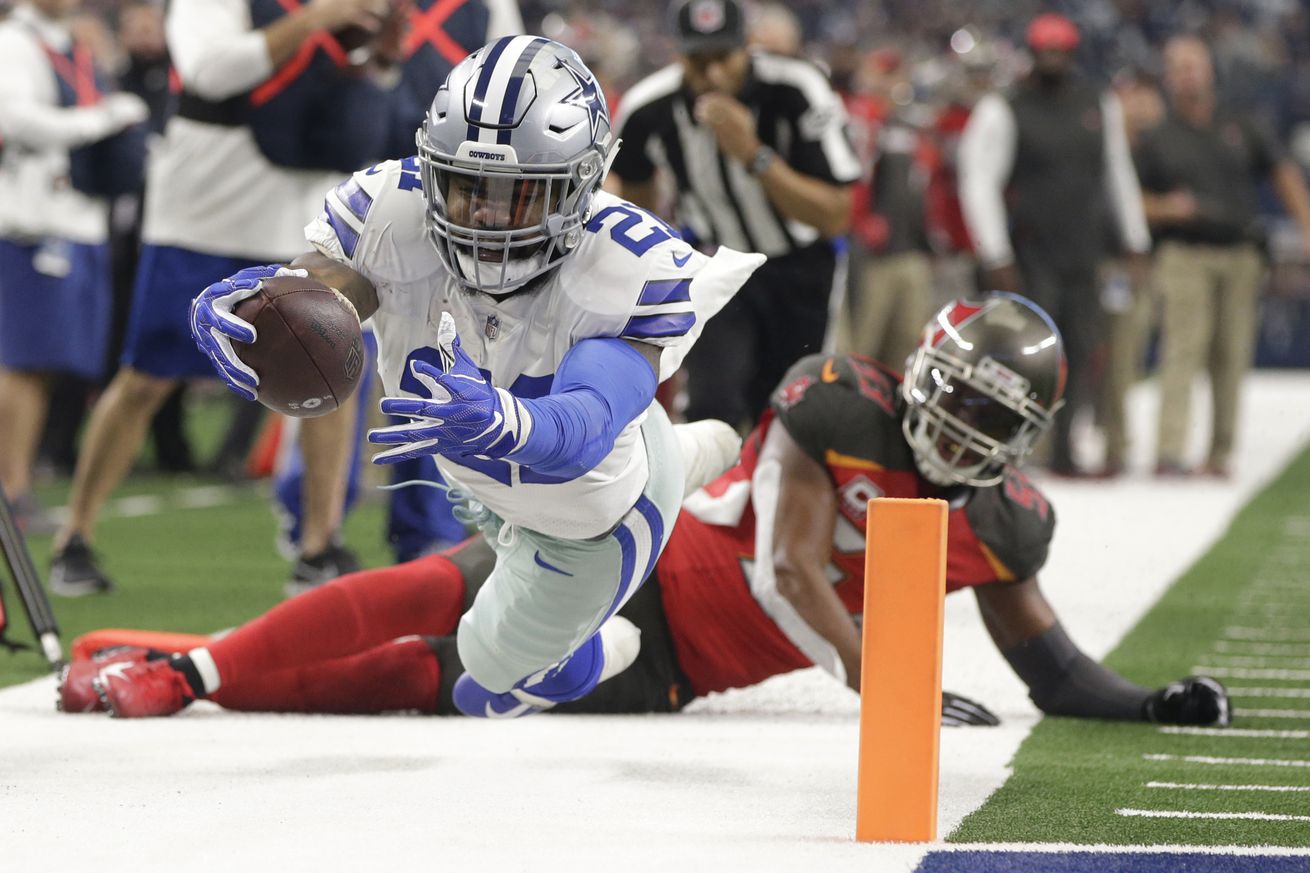 Sunday saw the Dallas Cowboy win their second division title since drafting Ezekiel Elliott with the fourth pick almost three years ago. The return on their investment has been quite high.

In his second full season with the Dallas Cowboys it looks like Elliott will once again lead the NFL in rushing. He has a 183-yard lead on second place (Todd Gurley) so whether or not Zeke gets a full workload in New York this week all signs point to his second individual title in three seasons. That’s pretty solid.

Zeke’s been used in the passing game far more this season, and he’s now eclipsed 2,000 yards from scrimmage

The Cowboys have been using their all-world running back far more in the passing game this season, a topic we discussed ahead of the Tampa Bay game. Entering that game Zeke needed 108 yards against the Buccaneers to get 2,000 yards from scrimmage this season and as fate would have it he churned out 109.

Ezekiel Elliott has eclipsed 2,000 yards from scrimmage for the first time in his career.

Zeke became the first player in the NFL this season to crack 2,000 yards from scrimmage this season. Carolina’s Christian McCaffrey needs 75 yards to hit 2k in their season finale, and New York’s Saquon Barkley could hit it with 114 yards against the Cowboys.

We talk so much about what Elliott is able to do on the ground but there’s no question that who he is, or rather what his role is, has evolved during his third season in Dallas. He’s gone from the ball-carrier that helps the Cowboys run over opponents to the overall weapon that does everything for the team’s offense.