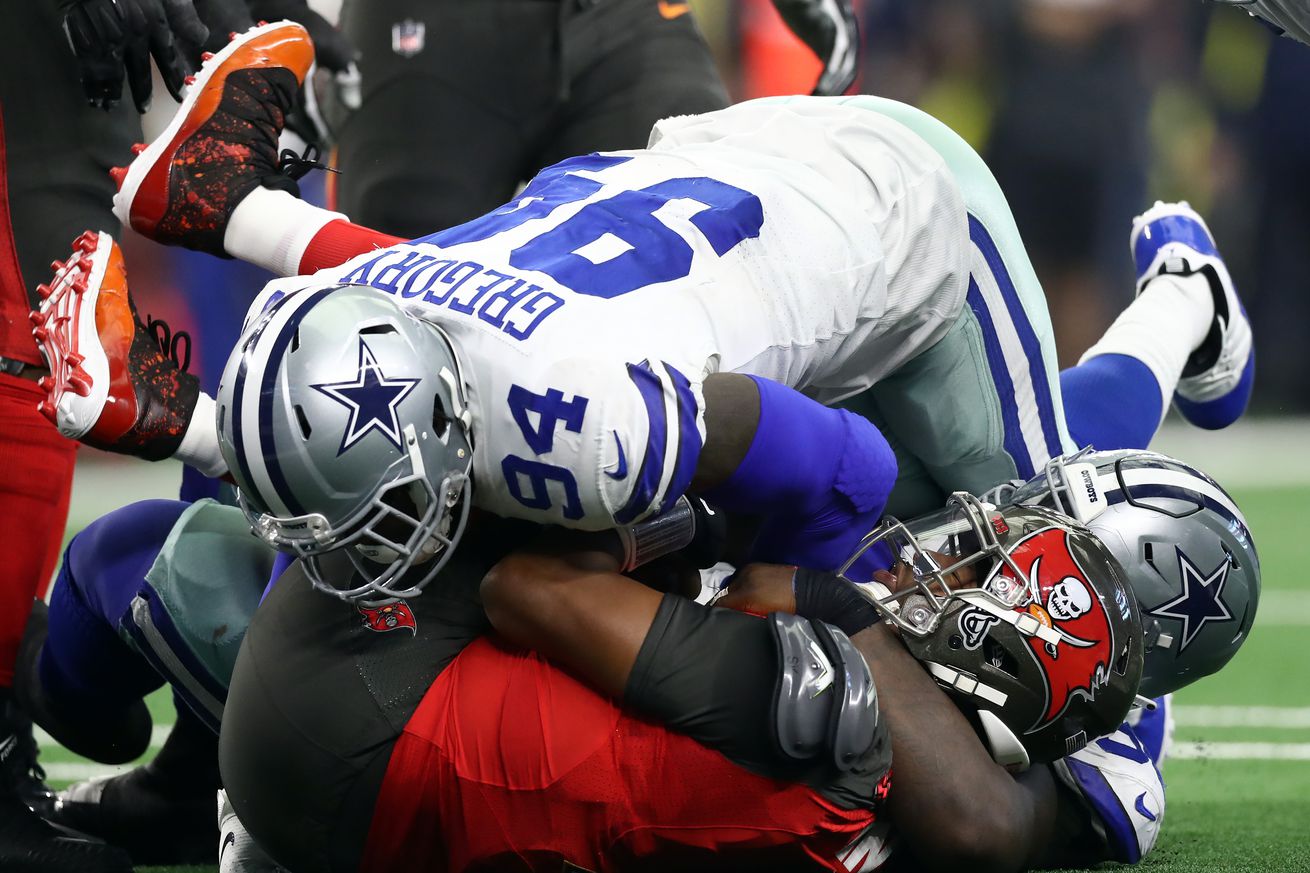 Don’t look now, but Randy Gregory is on a tear.

It’s been a long, winding road for Randy Gregory, the former second-round pick out of Nebraska. Since being drafted with the 60th overall pick in 2015 NFL Draft, Gregory has only played in 27 games due to injury and suspension. The Cowboys knew about Gregory’s red flags when they took him in the draft, but what the tape showed was too good to pass up in the second round of the draft. Fortunately for Randy Gregory and the Cowboys, Gregory has overcome a lot, especially over the last year and the Cowboys risk in the 2015 NFL Draft is finally paying off.

In his first three years in the NFL, Randy Gregory stat line looked like this: 14 games, one sack, 20 tackles, four tackles for loss, and eight quarterback hits. This season, Gregory’s stat line looks like this: 13 games, five sacks, 18 tackles, six tackles for loss, and 14 quarterback hits. It’s absolutely tremendous to see the player that Randy Gregory is turning into and knowing how far Gregory has come since the day he was drafted.

As the Cowboys prepare for the playoffs, the one thing teams need in order to have postseason success is a consistent pass rush, and recently that is exactly what Randy Gregory has given the Dallas Cowboys. Since the Cowboys bye week in week nine, Gregory has four sacks, four tackles for loss, 11 QB hits, and two forced fumbles.

Randy Gregory made his presence felt in Sunday’s win over the Buccaneers after recording a sack, a forced fumble, a fumble recovery, and three more quarterback hits. On Gregory’s strip sack in the first quarter, Jaylon Smith was able to scoop the loose football up and score a defensive touchdown for the Cowboys. On his fumble recovery, Gregory set the Cowboys offense up with a first and goal, which later resulted in a four yard touchdown pass to Michael Gallup. In a way, Gregory accounted for 14 of the team’s 27 points due to his strip-sack that resulted in a touchdown and his fumble recovery set the offensive up with premium field position. Gregory also had another sack wiped out after being flagged for offsides on a play where it was questionable that he was offsides.

With all the attention defenses are giving to DeMarcus Lawrence, Gregory is starting to shine as the teams number two pass rusher, and if he keeps up the rate he’s going, teams will start to send some attention his way. The Cowboys defense has carried this football team since the bye week and they will need to continue to do so if this team wants to make any sort of run in the playoffs. Randy Gregory is playing a huge role in that success. A war daddy is what the Cowboys wanted when they used the 60th overall pick in the 2015 NFL Draft, and a war daddy is exactly what they’re getting.

Patience is a virtue.