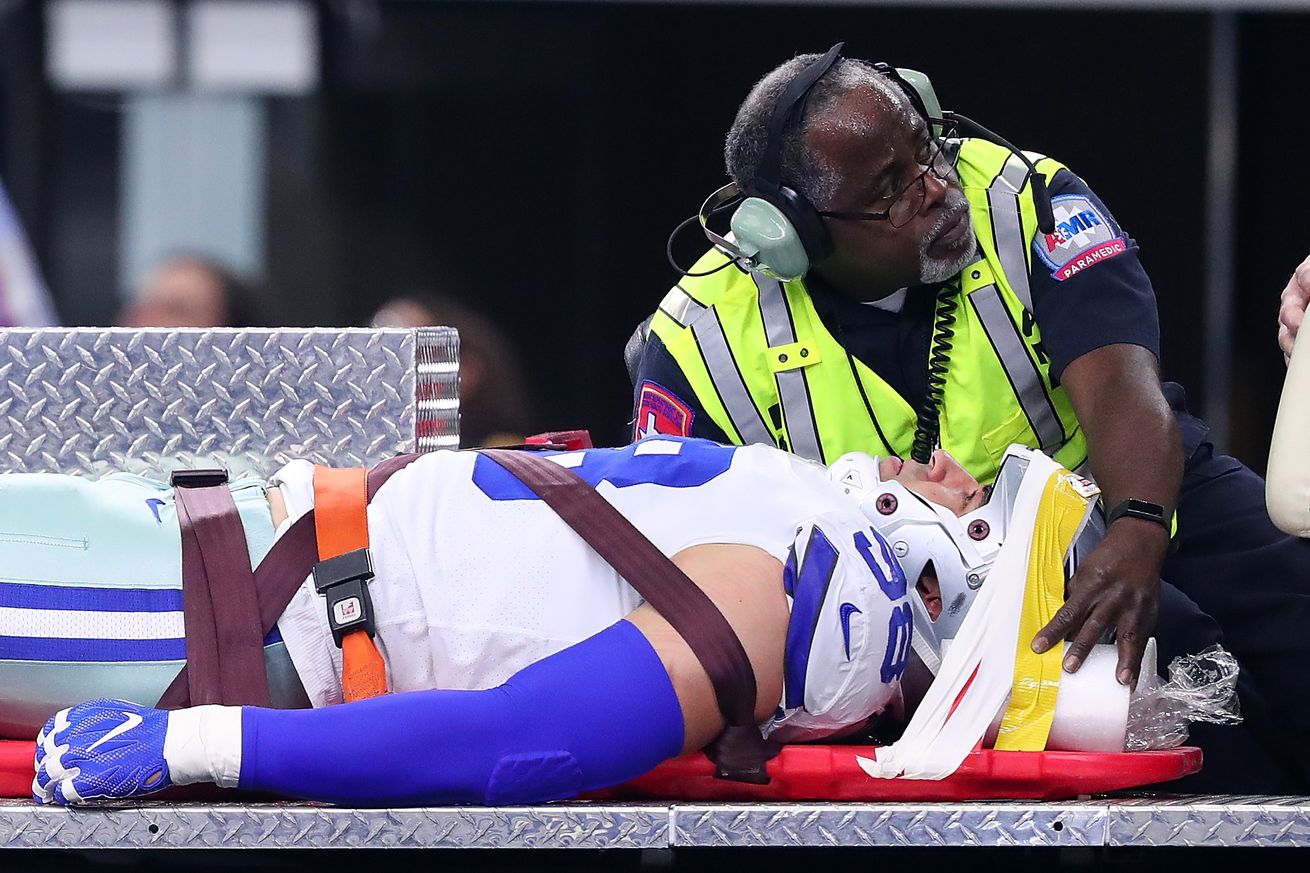 The latest on the Cowboys injuries before the Giants game.

Tyrone Crawford gave everyone a scare very early on in the Cowboys NFC East-clinching game over the Tampa Bay Buccaneers. As they brought out a stretcher and cart out for the versatile defensive lineman, there was genuine concern and worry among players and fans. Fortunately, it was precautionary as Crawford does not appear to have a serious injury. Even though he is doing better, he was unable to practice today and the Cowboys are likely going to take it very easy with his return, whenever that may be.

He was joined as a non-participant today by Zack Martin, a player the Cowboys are likely not going to put back on the field this week, instead saving him for the first playoff game in two weeks.

I tell #Cowboys Jerry Jones it makes no sense to play Zack Martin (knee) at NY. He said, ‘I agree’ – but wouldn’t break down a list of others who could sit beyond saying, ‘the obvious ones who make sense.’ @1053thefan

Anthony Brown, who had a back issue flare up last week that kept him out of the game, did not practice again today. David Irving also was unable to go.