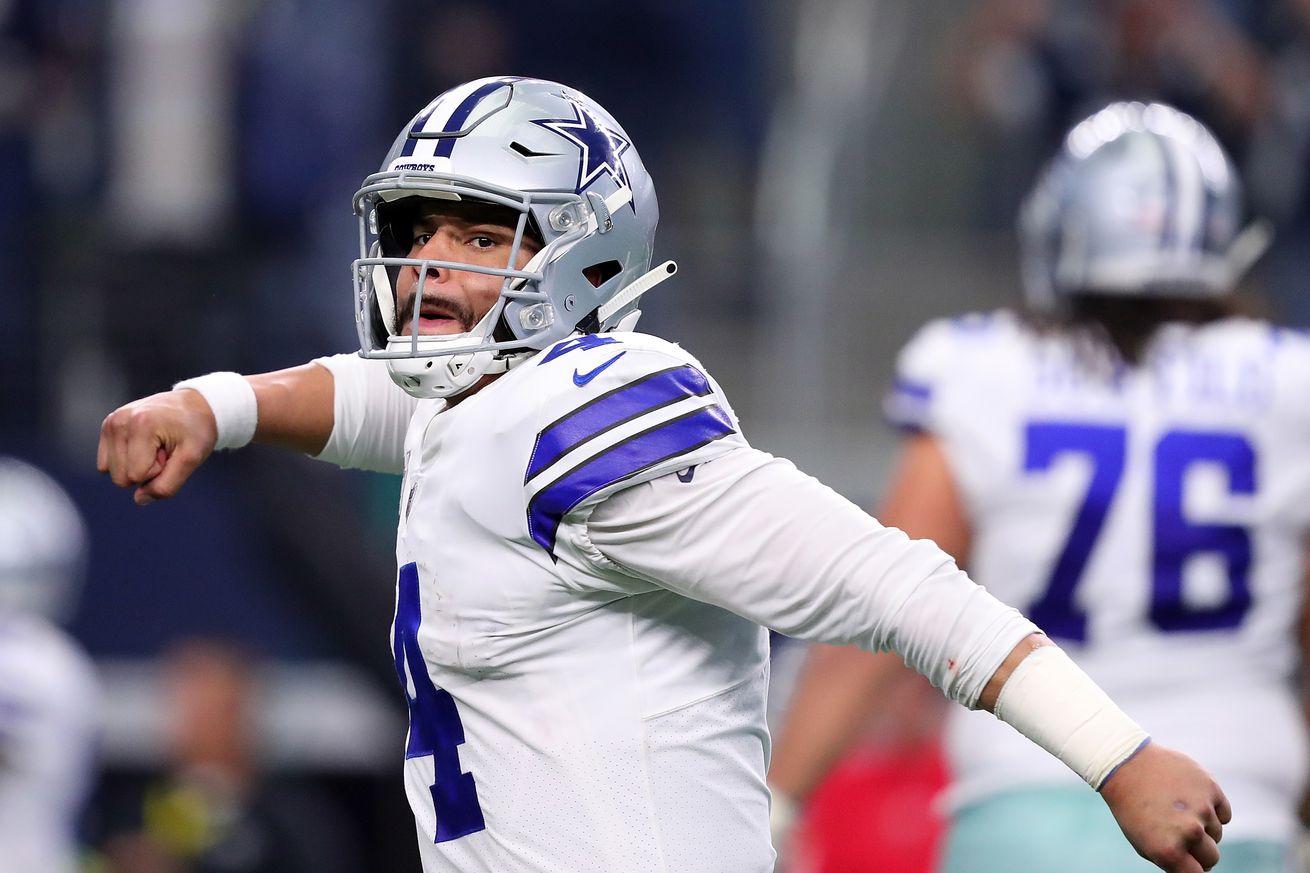 We skip right over the Giants game and talk playoffs.

It’s the last week of the regular season – and that means nothing for the playoff bound Dallas Cowboys. They are locked into the fourth seed no matter what, and will open with a wild-card game against the Seattle Seahawks or the Minnesota Vikings. The game against the New York Giants has no impact on that. So for this week’s discussion, Tom Ryle and Michael Strawn take a look at strengths, weaknesses, and X factors.

Tom: It is great to be back in the postseason, but this Cowboys team is certainly not without some real warts, so I’ll start with my biggest weakness for them, the red zone offense. They have shown they can move the ball when they have to, but far too often they come up short inside the 20. Not only are they settling for field goals when they need to be putting touchdowns up, but they too often come away with absolutely nothing. That could be a fatal flaw if they don’t get it fixed.

We saw at least a glimmer of hope last Sunday as they got 17 points in three trips to the RZ, but it was the Buccaneers, who have stopped nobody this year. And the problems are not just one thing. The play calling is sometimes puzzling, and when Scott Linehan does come up with a play that works, the players too often misfire with drops and busted assignments. If they don’t get their house in order here, the playoff experience is going to be way too brief.

Michael: The red zone woes are real and concerning. But my nominee for biggest weakness is the offensive line (who would have thought that back in July)? Much of the red zone problems can be traced to this group. None of the running plays inside the five ever work because the lineman are constantly getting beat one-on-one down there. It also seems like Dak is either sacked or under pressure any time he drops back in those situations. I’ve said it for awhile now; if/when the 2018 Cowboys lose their final game the offensive line will be the major culprit.

Honestly, it shouldn’t be that surprising. You swapped the best center in the league for a career backup and you have a bottom-of-the-roster type at LG. Additionally, the All-Pro left tackle has seen his struggles with injury.

Tom: The good news is that there are some real strengths for this team. I’d say the defense, but let’s narrow that down a bit and go with something no one could have expected with Sean Lee missing so many games: Dallas has arguably the best linebacking duo in the NFL. Jaylon Smith and Leighton Vander Esch have been incredibly good given that one is just in his second full season and the other is a rookie. They are high-velocity weapons of destruction.

Given that the nickel is now the de facto base defense for the Cowboys (and probably everyone else), having two such superior players who can play every defensive down is huge. And they are not just strong in the run game, they are very good against the pass. They make both the line ahead of them and the secondary behind better. That first-round decision to go with LVE now looks like pure genius by the staff. But let’s be real, they have to be surprised at just how fast and how well that paid off.

Michael: Count me among the amazed. I’m not a draftnik so I didn’t have strong opinions on LVE, but under no circumstances did I envision what he’s done this year. Similarly, I was highly skeptical of Jaylon Smith being much more than an NFL body. He looked really stiff last season so to see him attacking receivers and exploding into them… just wow. Really, really impressive.

So I’ll second your nomination for the linebacking group as the team’s biggest strength. I’ll also add I’ve grown to really enjoy the secondary group. It’s been ages since the Cowboys defense have had quality coverage guys. Byron Jones and Chido Awuzie are easily the best corner tandem the team has had in over a decade. Xavier Woods has tremendous instincts, bringing the wood (hehe) despite being undersized and, since college, has a knack for getting his hands on the ball. Add Anthony Brown and Jourdan Lewis and you have both quality and depth in the secondary. That’s invaluable going against these high-powered offenses.

Tom: OK, glad to see you get me. Now for an X-factor. It is hard to come up with those after playing 15 games and we have seen what the roster has to offer, but I think Michael Gallup is emerging at just the right time. Amari Cooper came in and gave the team such a huge lift, but he has been limited greatly the past two games. That may be because defenses are keying on taking him away, or Linehan just got away from him for some reason, but now he is not the only downfield threat. Dak Prescott finally connected on a deep ball to MG, and then added that nice touchdown (in the red zone) last Sunday.

Now teams have to pick their poison between Coop and Gallup, and Cole Beasley and the tight ends are still there if they focus too much on the wideouts. Gallup is a key part to making the passing game work now, and a relatively new one in the mix. I think he’s going to be big in January.

Michael: I can’t limit myself to one X-factor. First, Dalton Schultz has started to come on lately after truly struggling early in the season. It’s not hard to squint and envision Schultz being the guy that might solve some of those red zone woes. Secondly, and this is more of a fantasy than a realistic hope, is David Irving. All the reports say he’s not close to playing – and yet he’s still on the 53-man roster. If the staff truly believed he couldn’t contribute this season he’d be on IR. He’s not, so that tells me the staff still holds out hope. He’s come back before without much practice or meeting room time and been an impact player. If you added him to DLaw, Gregory, Crawford, Maliek Collins and the tackle group this defensive line could be monstrous.

Like I said, more of a fantasy than an expectation, but Irving is exactly the kind of difference-maker that could help a flawed team make a deep playoff run.

Well, there you have it. It is nice to be set for the playoffs with no pressure this week. What do you think? Give us your ideas in the comments.