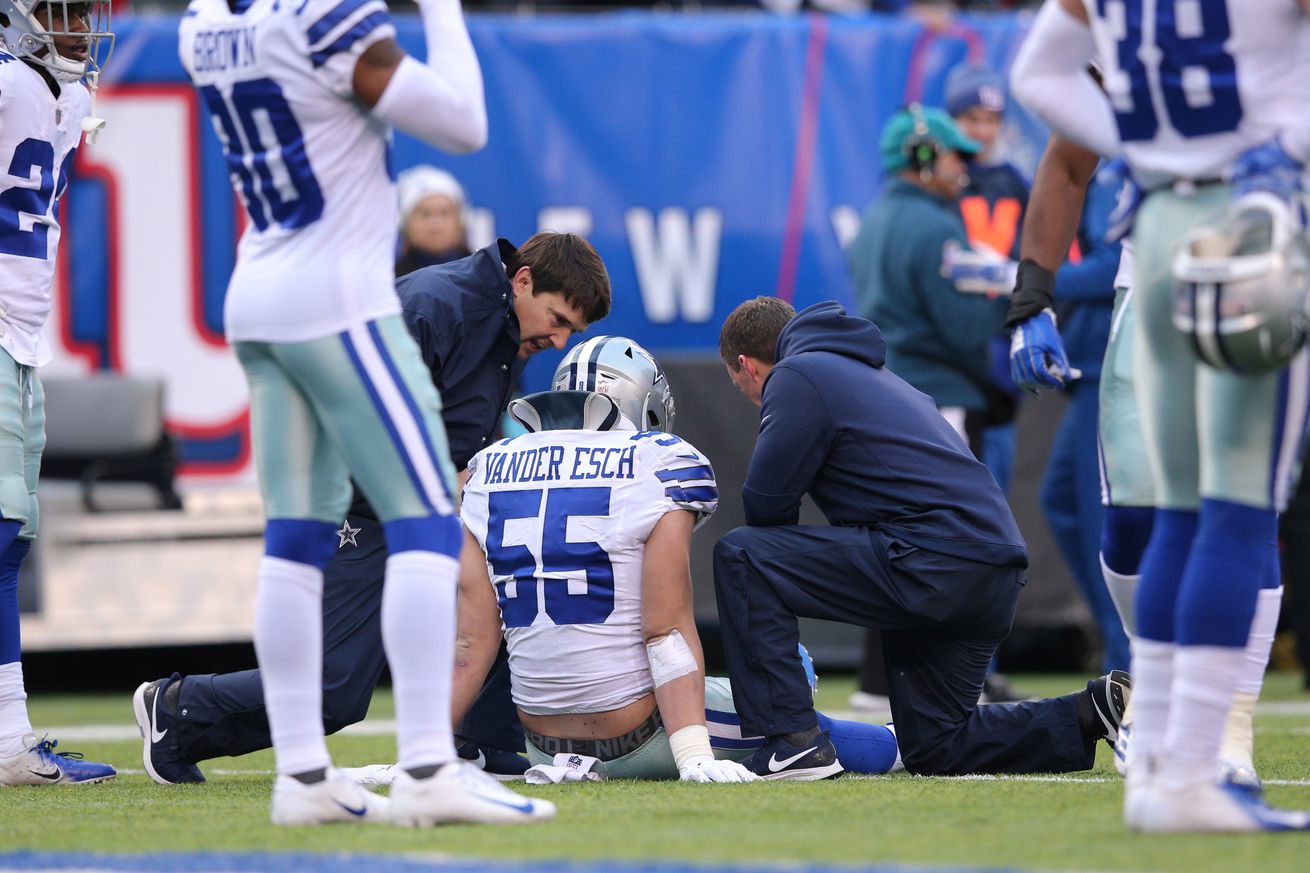 It looks like the Cowboys avoided a serious injury to star rookie linebacker Leighton Vander Esch.

The Cowboys finished the regular season on Sunday and in doing so secured a 10-6 record. There was a lot of fun to be had but unfortunately there was a bit of a scare concerning Leighton Vander Esch.

The star rookie linebacker for the Cowboys looked like he had a lower leg injury in the middle of the game. The FOX broadcast reported that he had a shin injury but after the game Vander Esch told the media that he in fact suffered a shin bruise. Thankfully he’s going to be fine.

Cowboys rookie LB Leighton Vander Esch said he has a minor shin bruise and will be fine.

You never want to hear about any player suffering any injury, but thankfully this isn’t worse than a bruise. Vander Esch has been one of the main reasons for the Cowboys turning a 3-5 record into a division title and Dallas is going to need him in the playoffs.

Breathe easy, Cowboys fans. The Wolf Hunter is going to be fine.