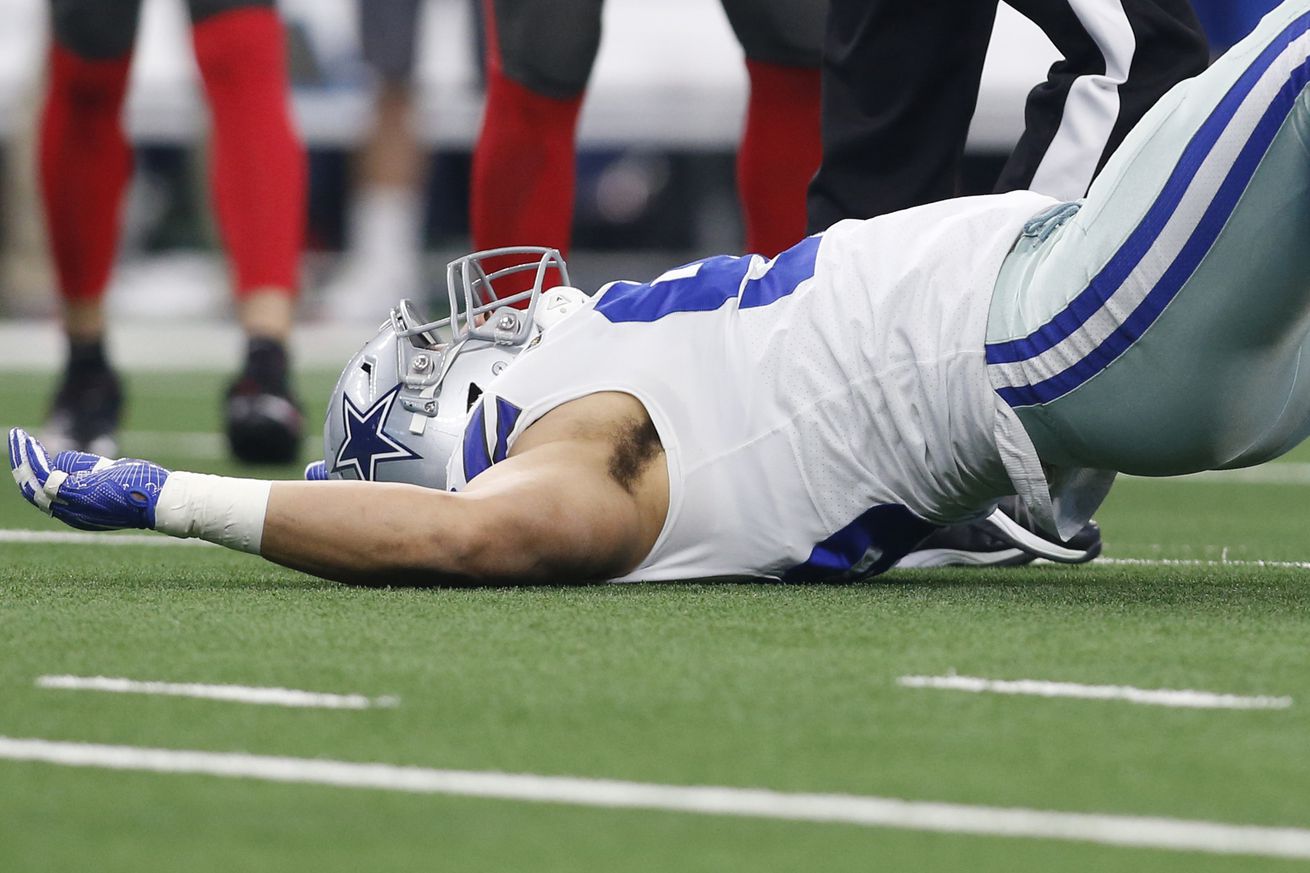 The latest on the injuries that could impact the Cowboys and Seahawks playoff game.

When Tyrone Crawford went down in the game against the Tampa Bay Bucs, it looked very bad. Not just “miss some games” bad, but something possibly worse. Instead, Crawford is back at practice and could be playing in Saturday’s playoff game.

This sounded scary, it’s pretty unbelievable that Crawford is back.

Cowboys DL Tyrone Crawford said he was scared when he went down with neck injury in Tampa Bay game because he heard a loud cracking noise & felt pain down his back unlike with a normal stinger and feeling pain just down his arm and fingers. Said Bucs’ center also heard the crack.

He is using some extra protection.

Tyrone Crawford practiced Tuesday wearing a neck roll to help protect him after he suffered a stinger two weeks ago at Tampa Bay that led to a hospital visit: “Obviously you’re going to feel it still on every hit. But it was way better than I what I thought it was going to be.”

Xavier Su’a-Filo missed practiced with a sprained ankle, an injury he picked up in the Giants game. Connor Williams was filling in for him on the first team, which also means that Zack Martin was back at practice and he has let everyone know that he’ll be ready to go on Saturday. David Irving also missed practice today.

The full listing for the Cowboys.

The really good news there is that LVE is not even listed on the injury report.

The Seahawks will have to wait until Saturday to know if starting guard J.R. Sweezy will play. He missed last week.

Carroll on J.R. Sweezy’s status: “Sweezy is getting around pretty good. We’ll see. It will go all the way to game-time.”

The Seahawks expect to get safety Tedric Thompson back for the game after he missed the last two contests. Cornerback Shaquill Griffin won’t practice until Thursday at the earliest with an ankle injury. Right guard DJ Fluker is back and expected to play Saturday.