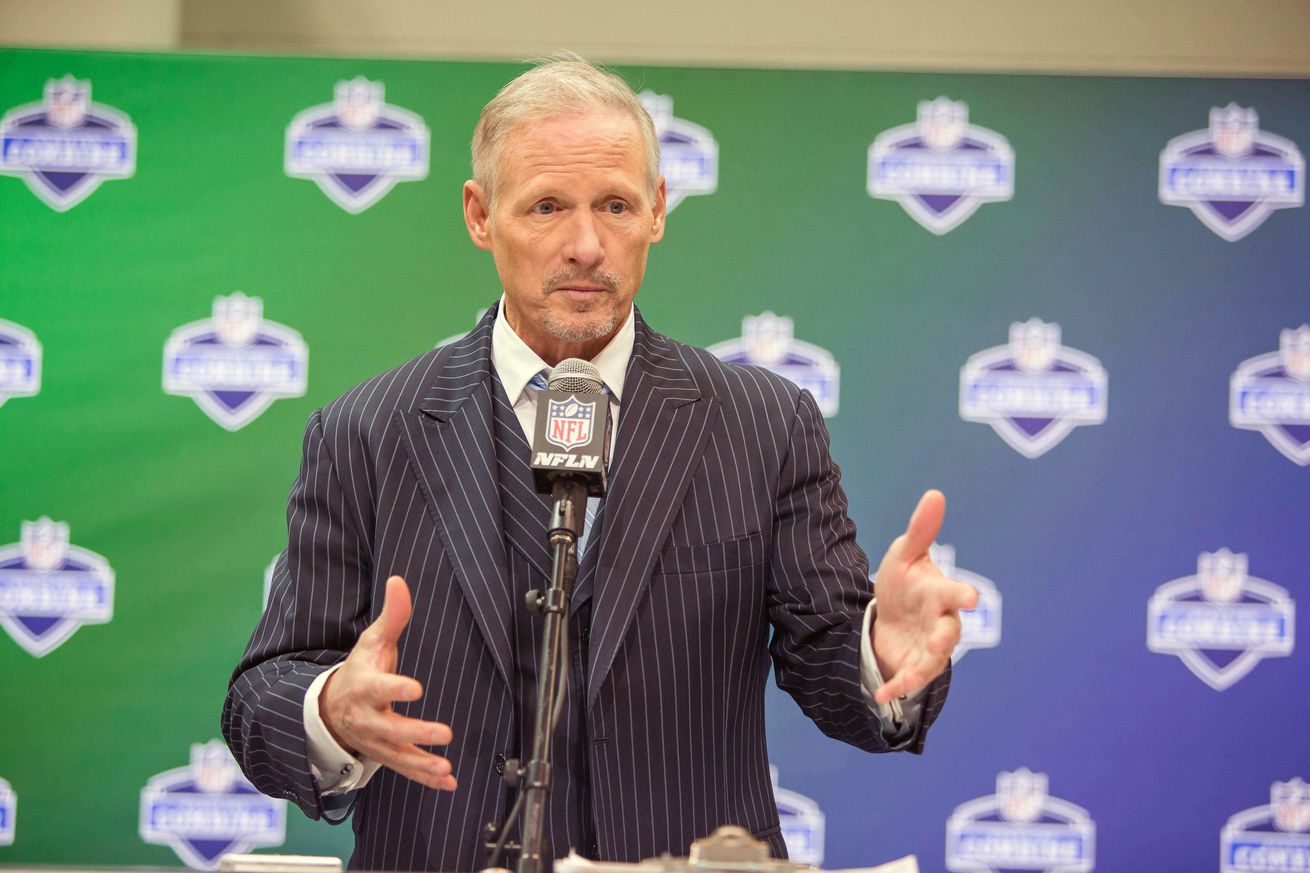 If the Dallas Cowboys had listened Mike Mayock, here’s what their draft haul might’ve looked like over the past eight years…

Early this morning, Adam Schefter of ESPN reported that Mike Mayock will be the next General Manager of the Raiders. He now joins Jon Gruden to lead them into Las Vegas.

Mike Mayock, formerly the lead draft analyst for NFL Network, is one of the biggest names in the draft business and has been dominating the pre-draft draft headlines for years, so today we ask ourselves what would have happened if the Cowboys had followed Mayock’s mock draft suggestions in each of the last eight drafts – knowing that the Cowboys already did a pretty good job on their own.

In the mock draft world, there’s only one mock that ultimately counts: the final mock draft published before the actual draft. This doesn’t stop mock drafters from inundating us with countless mocks before that final one, but none of those carry any real weight. Mayock avoids that altogether by publishing only one mock draft each year, usually just a few days before the actual draft. This is why today we’ll look at Mayock’s mock drafts from 2011-2018. Before we go there though, here is a summary of the last eight Dallas Cowboys first-round picks, along with some metrics we’ll use to evaluate the picks.

Overall, that’s a pretty impressive haul. 18 Pro Bowl seasons, 29 out of a maximum of 36 starter seasons, and 466 games started out of a possible 576 (81%). All of that coming despite Morris Claiborne and Taco Charlton (so far) failing to live up to their draft pedigrees.

Knowing that, let’s turn to Mayock to see how his picks for the Cowboys hold up in this comparison. Here are the players Mayock had the Cowboys picking in his final mock draft of each of the last eight years:

Mayock’s picks get a strong boost from hitting on eventual Cowboys picks in Tyron Smith and Ezekiel Elliott. Apart from that he would have had the Cowboys drafting solid starters for the most part, but the players he picked lack the postseason accolades the Cowboys picks garnered.

Still, this would have been a solid haul, basically equaling the Cowboys’ haul in terms of starter seasons and games started. Mayock let himself be suckered into the ridiculous Johnny Manziel hype in 2014, but that looks like the only miss in an otherwise solid collection of picks.

If the Cowboys had followed Mayock’s picks, they’d likely have a very stout defensive line and wouldn’t be chasing Earl Thomas. At the same time if the Cowboys had listened to Mayock their offensive line would likely look like something the Giants had cobbled together.

In the end, in the battle between GM Jerry Jones and TV-GM Mike Mayock, Jerry would have left the ring as the winner, even if many will automatically frown at the mere idea of Jerry Jones as a “GM”. But so be it.

In Oakland, Mayock will try to work his TV magic in a real life situation, and that’s something worth watching for Cowboys fans as odds are one of Mayock’s picks will eventually make his way to Dallas.

So who will the Raiders pick fourth this year who will end up with the Cowboys some year? Cooper and McFadden ended up in Dallas. https://t.co/2zUPazWDYF