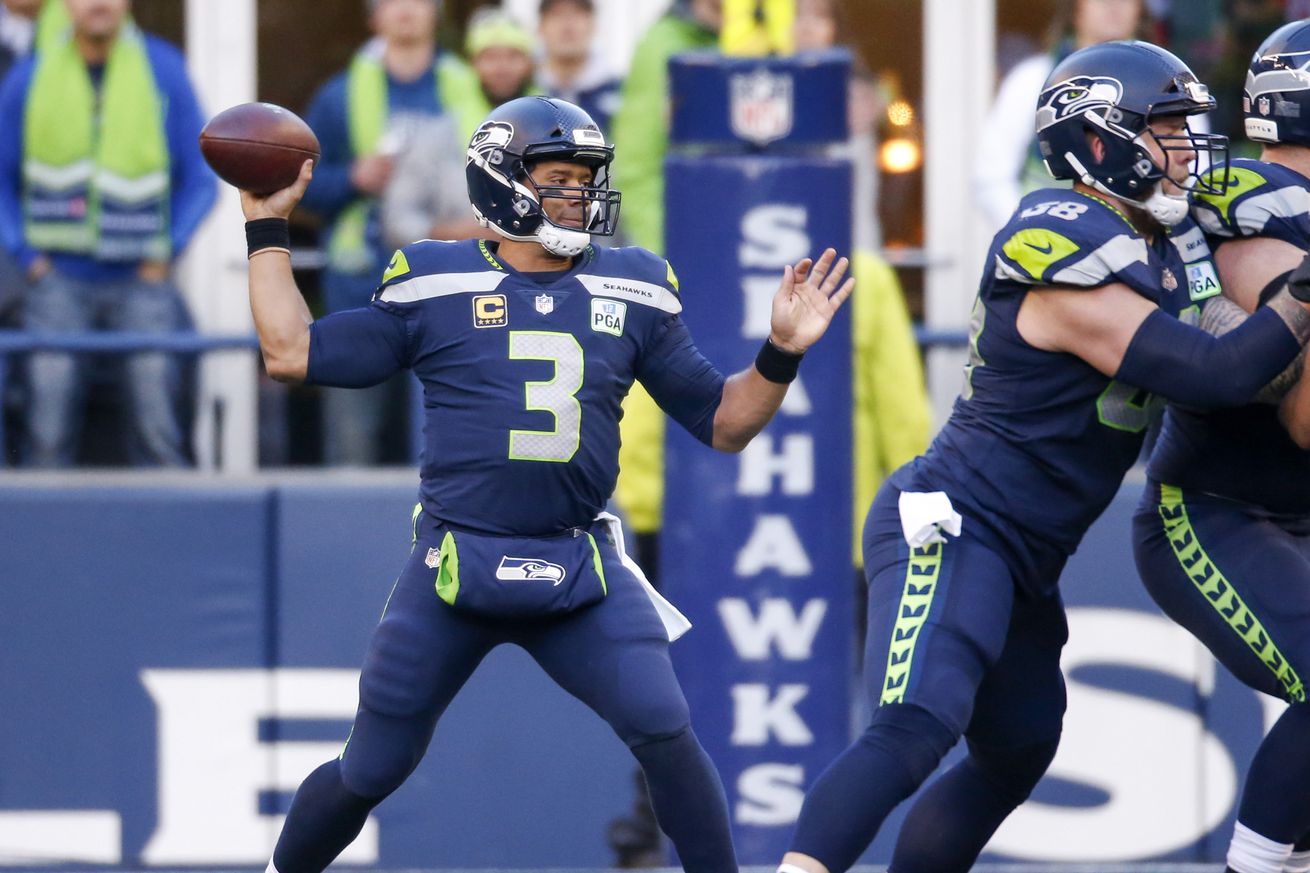 Looking at the numbers shows that the Cowboys have a favorable matchup next week.

The Cowboys are officially going to be playing the Seattle Seahawks in the Wild Card round of the playoffs on Saturday night. These two teams met in the third week of the regular season and Seattle came away with a 24-13 win in their home stadium. But as our own Danny Phantom pointed out, a lot has changed since then for both of these teams.

Nevertheless, Seattle has won six of their last seven games to overcome a 4-5 start to the season that once had their postseason hopes all but over. That’s just one of many ways in which the Seahawks are similar to the Cowboys right now. With their recent hot streak, many are afraid of Pete Carroll’s team heading into Saturday’s game, but looking at the numbers reveals that this is a very beatable team.

For starters, the Seahawks will be playing on the road this week, and they have struggled on the road this season, going 4-4 in road games. In fact, the Seahawks have traditionally been average in road games under Carroll, as the 67-year-old coach has a 36-35 road record with Seattle. Furthermore, only three of Seattle’s ten wins this year were against teams that finished with a winning record: the 10-6 Cowboys (before they had Amari Cooper), the 8-7-1 Vikings (in the last game before Minnesota fired their underachieving offensive coordinator), and the 12-4 Chiefs. All three of those wins were at home in the ridiculously loud CenturyLink Field. The combined record of Seattle’s road opponents this year is 55-73, and the Seahawks only won half of their games against those teams.

Of course, a big problem presented by road games for teams is the travel and time differences. When the Seahawks have traveled east this year, they’re 2-2 in those games. Now they’re coming off a narrow 27-24 win Sunday afternoon with a short week, having to factor in flights to Dallas before playing Saturday night. It’s a short week for the Cowboys too, but they have the advantage of not having to travel, which provides a little more time for preparation.

But aside from the fact that most of Seattle’s wins were at home and against bad teams, this is a group of players that just isn’t very efficient in areas that become very important in the playoffs. On the whole, their defense has a DVOA rating of -0.2%, which is another way of saying that the unit is aggressively average. Even though their rushing defense has a -7.7% DVOA rating, that’s still only the 17th most efficient run defense in the NFL, and the only playoff teams with less efficient run defenses are the Rams, Chiefs, and Patriots.

Most concerning about Seattle’s inability to stop the run is the low volume of rushing attempts against them. Only seven teams faced less than 370 rushing attempts during the regular season. The Seahawks were one of those teams, and of those seven teams, nobody surrendered more rushing yards than Seattle, who gave up 1,811 yards on the ground. It’s concerning that even though teams didn’t run the ball against them much, Seattle still couldn’t stop it when they did.

And a big reason why teams weren’t running much is because this secondary is shoddy at best. When your passing defense scores a +5% DVOA, it’s not good. Combining that with their poor run defense, and you’ve got a defense that really doesn’t seem ready for the playoffs, especially when facing a difficult challenge on the road. And to those who want to argue that the Seahawks’ strong finish to the year gives their defense momentum, check out Seattle’s weighted DVOA – which adjusts to put more importance on recent games and give a better reflection of how the defense was playing at the end of the year. In that category, Seattle has a +3%, which ranks them 19th in the league. Yes, that means that their defense has gotten worse down the stretch despite the Seahawks winning six of seven.

A lot of that has to do with the fact that Russell Wilson is a truly magnificent quarterback and the puzzling appearance of a solid, if not reliable, running game. In fact, Seattle ranks top ten in efficiency in overall offense, passing offense, and running offense, with one of the more consistent units in the NFL on that side.

But the most odd part of this Seahawks offense is their offensive line. It’s long been the Achilles heel for this team, and while they’ve improved as a unit this year, it’s still their biggest offensive weakness. Surprisingly, their run blocking has been extremely good, as Seattle is one of the best at short yardage runs, second-level runs, and open-field runs – all things that the Cowboys are also good at – while being one of the least-stuffed running attacks in the league, unlike Dallas.

But Seattle’s offensive line is still horrid in pass protection. Wilson was sacked 51 times this season, third most in the NFL behind Deshaun Watson and Dak Prescott. The Seahawks have an adjusted sack rate of 10.4%, which is the third worst in the league. Wilson generally does a good job of using his mobility to avoid pressure, but he can only do so much and sometimes he tries to extend the play too much and runs himself into a sack. In Dallas, though, Seattle is running into one of the very best run defenses in the NFL (fourth fewest rush yards per attempt) and a defensive line that has been great at generating pressure, even though the sacks don’t always come with it.

DeMarcus Lawrence is an absolute monster and Randy Gregory has been getting more and more pressure each week, and Dallas’ willingness to use Jaylon Smith and Leighton Vander Esch as blitzers has made this pass rush even more potent. Against Seattle, the Cowboys’ defensive front seems primed for a big day. On the other side, Ezekiel Elliott has one of the easier matchups of the year for him and Prescott may be able to ride his momentum from the Giants game against a similarly effective secondary.

So while the Seahawks may have won six of their last seven games, and while they may have beat Dallas head-to-head earlier in the year, the statistical analysis of the matchup makes it a much more favorable situation for the Cowboys in many ways. Here’s hoping Dallas is able to capitalize on it Saturday night.