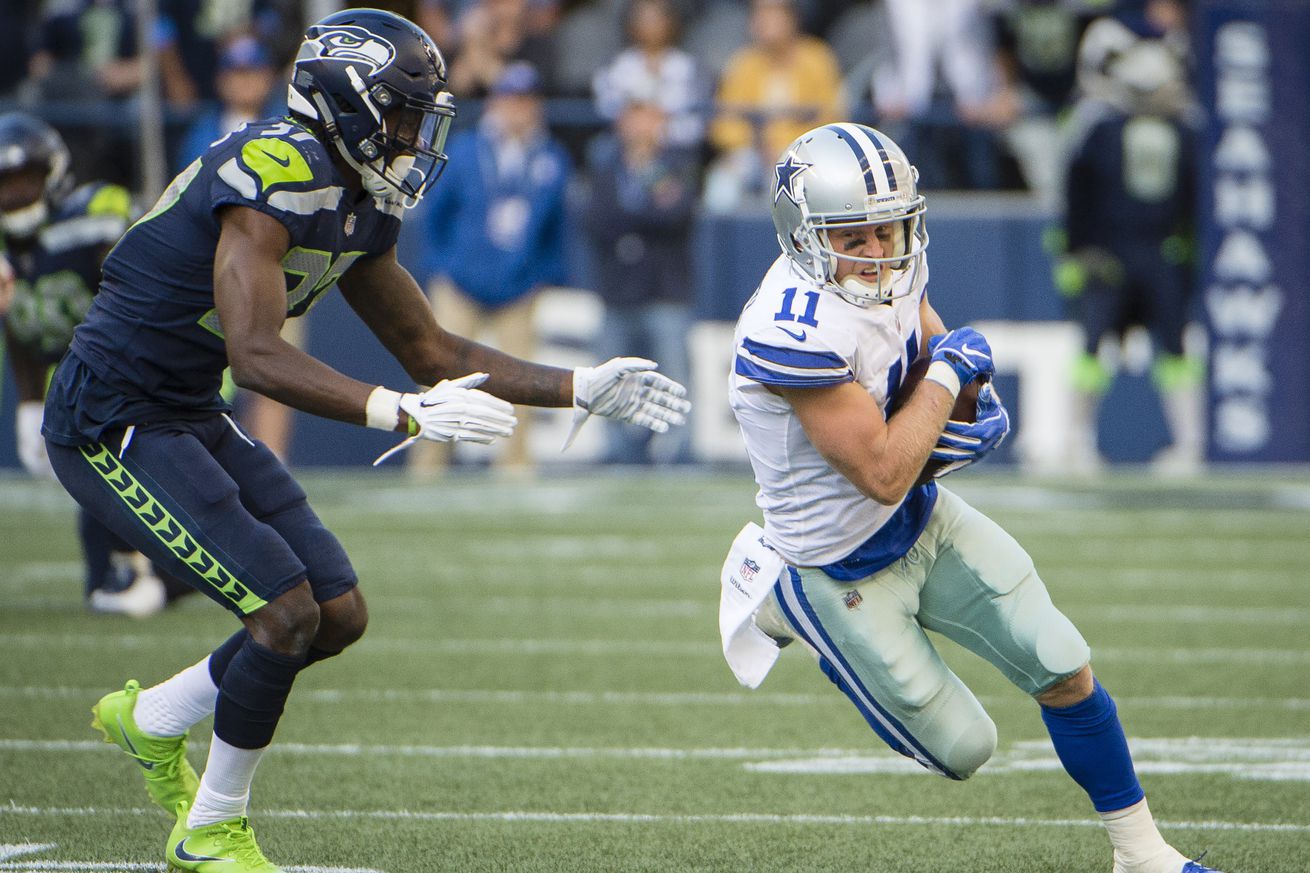 If the Cowboys want to win their first playoff matchup, they have a few things they need to do

The Seattle Seahawks have won six of their last seven games and the Dallas Cowboys have won seven of their last eight games. There’s a legitimate debate to be had over whether momentum is actually a factor, but either way you slice it, both of these teams are riding hot streaks entering their Saturday night bout in Dallas.

Neither of these teams have made the playoffs since 2016, when both of them lost in the divisional round. The last time these two teams met in the playoffs was ten years prior in the 2006 Wild Card game that ended with Tony Romo’s infamous botched hold in Seattle. While the Seahawks have had much more postseason success since then, going to two Super Bowls and winning one, the Cowboys have just two playoff victories in that span. Based solely on playoff experience, Seattle has the edge. So, here are the five things the Cowboys must do if they intend to walk out with a win Saturday.

This one might seem obvious, because Scott Linehan’s entire offensive philosophy seemingly revolves around feeding the star running back (unless they’re inside the 10, for some reason), but Ezekiel Elliott needs to have a big game for the Cowboys to get a victory. The Seahawks have trouble stopping the run, and in four of their six losses this year they’ve allowed 140 rushing yards or more; when that happens, the Seahawks are 3-4 this year.

One of those three wins was, of course, back in Week 3 against Dallas. Elliott had 127 yards on just 16 carries in that game, but he was unable to find the endzone; however, the Cowboys’ passing attack has become much more potent since acquiring Amari Cooper, who wasn’t present for the game in Seattle. If Elliott can replicate that kind of performance and Dak and the passing game can take better care of the ball, things should go well for Dallas.

Carry over their red zone success from the Giants game

The Seahawks defense is not very good, and there are a lot of metrics to prove it. One of the more intriguing ones is that Seattle allows first downs on first and second down 78.1% of the time, which is the highest rate in the entire NFL. It’s hard to get off the field when you can’t get to third down.

However, Seattle also has a terrific red zone defense, as opposing offenses have the eighth lowest success rate in the red zone. The Seahawks have also generated the second most takeaways inside the ten yard line. Given that Dallas has been pretty terrible inside the 20, and specifically in goal-to-go situations, that would seem to indicate that Brett Maher will get a lot of work. The Cowboys may still have confidence in Maher, who’s been inconsistent, but settling for field goals is a good way to lose games.

They’ll have to replicate the red zone success they enjoyed against the Giants, where they scored touchdowns on three of their four red zone trips and watched as Maher missed a 34 yard field goal on the one unsuccessful trip. If they can’t score touchdowns in the red zone, it’s very likely that Seattle wins this game.

After firing longtime offensive coordinator Darrell Bevell last year, Brian Schottenheimer came in to call plays for Seattle and brought with him the Air Coryell offense that utilizes a power running scheme combined with vertical passing concepts. Since then the Seahawks have developed a solid ground game and a passing offense that takes advantage of Wilson’s mobility in the pocket allowing him to take deep shots down the field and usually find success. As a result, Wilson’s 8.1 yards per attempt is tied for sixth highest among full time starting quarterbacks this year.

The Cowboys’ passing defense is ranked 13th in the league in yards allowed and 16th in DVOA, but they are fourth in the NFL in marginal explosiveness, which means they rarely give up big plays. They’ll need to continue that trend against this offense, and one way to do it is by pressuring Wilson in much the same way they did to Drew Brees.

While Brees got the ball out of his hands quickly – his 2.59 seconds to throw was third best among starting quarterbacks – he relied on yards after the catch to do the real damage. Seattle is pretty opposite, as Wilson holds the ball an average of 3.01 seconds, third lowest in the league.

This is because he has to wait for the longer passing plays to develop, so if Dallas can force Wilson into throwing out of his rhythm as they did with Brees, they may not get many sacks but it would severely disrupt Seattle’s passing offense and not allow Wilson the big plays he’s become accustomed to making.

As much trouble as the Seahawks have against the run, their secondary has been struggling to get things done ever since Earl Thomas went down. Their 12 team interceptions on the season ranks tied for 18th in the league, and if you take away the three that Thomas had, then it drops to tied for 26th. Opposing quarterbacks are completing 65% of their passes against this unit for an average of 7.5 yards per attempt.

The Colts game notwithstanding, Dak has been playing some really good football over the last half of the year, and it culminated with the four touchdown performance against the Giants. If he can keep that level of play, he can stretch this secondary and attack the defensive backs in a way he wasn’t able to last time these teams met. As that game proved, a big game from Zeke just isn’t enough to win; Dak needs to capitalize on the Earl Thomas-less secondary.

By now, we all know about the impact that Amari Cooper has had on this offense. After getting off to a blazing hot start, the ball has stopped finding him in recent weeks. Since his 10 catches, 217 yards and three touchdowns against Philadelphia, Cooper has caught 13 passes for 83 yards and no scores over three games. More than that, Cooper’s targets have dropped significantly. During his hot streak, he was averaging 8.83 targets per game, and over the last three games it’s dropped to 7.66 targets.

Part of it has been that defenses are keying in on him more and sometimes doubling him in coverage, which has opened things up for Michael Gallup, Cole Beasley, Blake Jarwin, Dalton Schultz, and others. But another part of it is that Cooper has been running pretty much the same routes for all of those games, and that makes it easier for defenses to focus on stopping him.

While it’s good that the attention he draws has opened things up for others, Cooper is still undeniably the best receiver on this team and the Cowboys need to find a way to get the ball in his hands, especially in the red zone where they’ve struggled. Wide receivers coach Sanjay Lal is known for teaching his receivers a wildly diverse route tree, and Cooper is one of the best route runners in the NFL. Scott Linehan would be wise to dig into that bag of schematic tricks and surprise Seattle with some route combinations that aren’t on film yet.

If this works, then it could lead to Cooper having a big day again, and that’s a really good thing for this team. The Cowboys are undefeated this year when Cooper has 75 or more receiving yards in a game. All of these things are important for the Cowboys’ chances of winning on Saturday, but getting Cooper back to his prominent role in this offense is perhaps the most vital of them all.