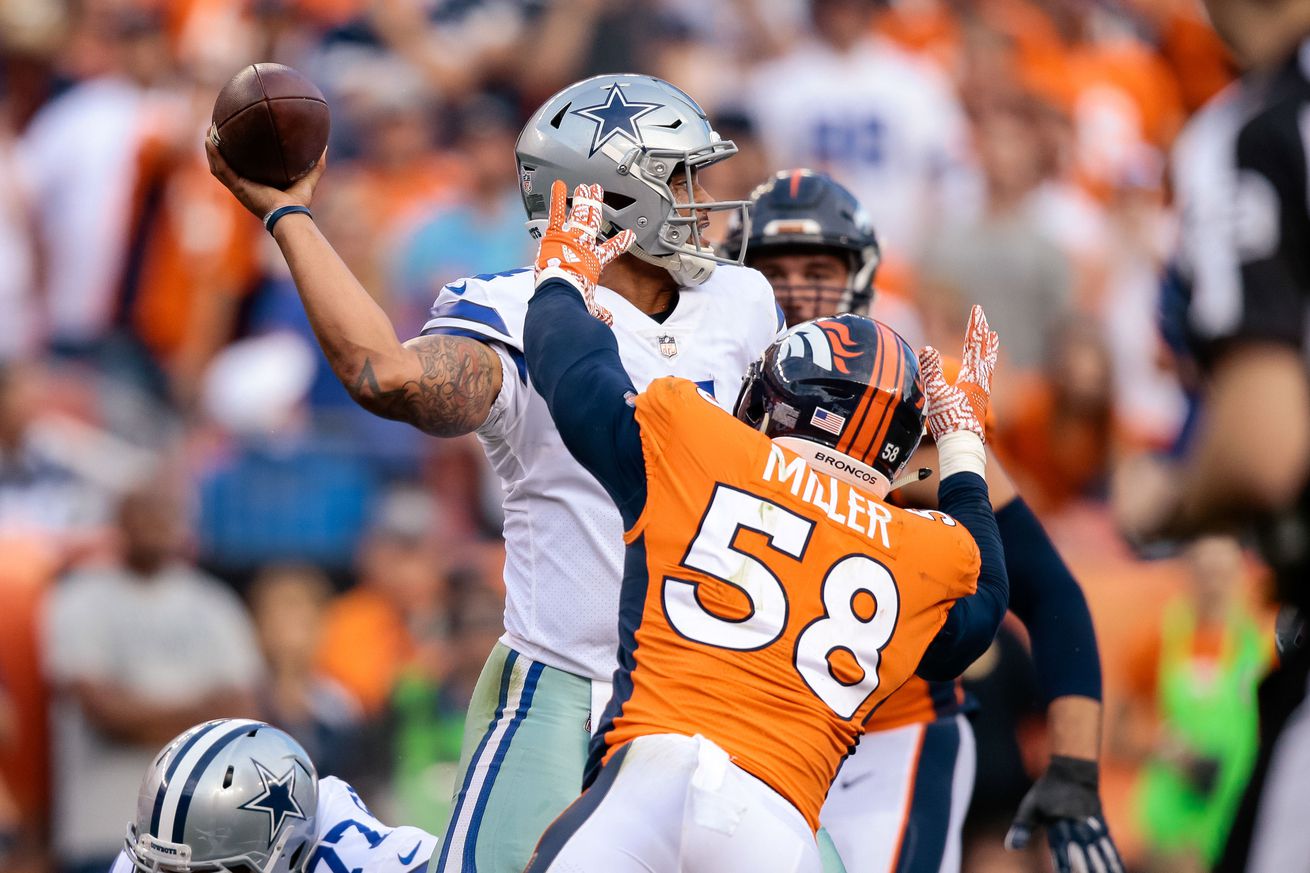 Sometimes your family just has to get involved.

The Dallas Cowboys have been focused on the Seattle Seahawks for the better part of two weeks and that’s important considering they meet in the playoffs on Saturday night.

This doesn’t stop the Cowboys from being at the forefront of other minds though, they are America’s Team after all. In many NFL-related conversation these days there is a mention of the team from Dallas. It’s just the way it is (shout out to Celine Dion).

Of all people in the world the Dallas Cowboys are on the mind of star Denver Broncos linebacker Von Miller’s… mother? She inferred that the Broncos should trade Miller to the state where he’s originally from as she’s not too pleased with Denver GM John Elway.

“The problem is Elway” pic.twitter.com/UZGdNqVfCd

These are indeed heavy words leveraged against John Elway, but the hashtags at the end are what matters as far as the Cowboys go. She says “What up Dallas” and to “send Joby Jerry’s number.” Joby is Joby Branion, Von Miller’s agent.

It’s pretty unlikely that the Cowboys would trade for Miller, but it’s hard not to let your mind run away with the possibilities if they did. It’s not like Dallas even has the capital to pull off a deal like this as they sent their first-round pick to a different AFC West team in the Oakland Raiders so that they could acquire Amari Cooper.

Impossible as it is it would be somewhat fitting for Von Miller to join the Cowboys considering the player that helped him elevate his game with the Broncos was DeMarcus Ware after Dallas released him.

Miller is one NFL year younger now than Ware was when he went from silver and blue to the orange crush, it never hurts to dream!