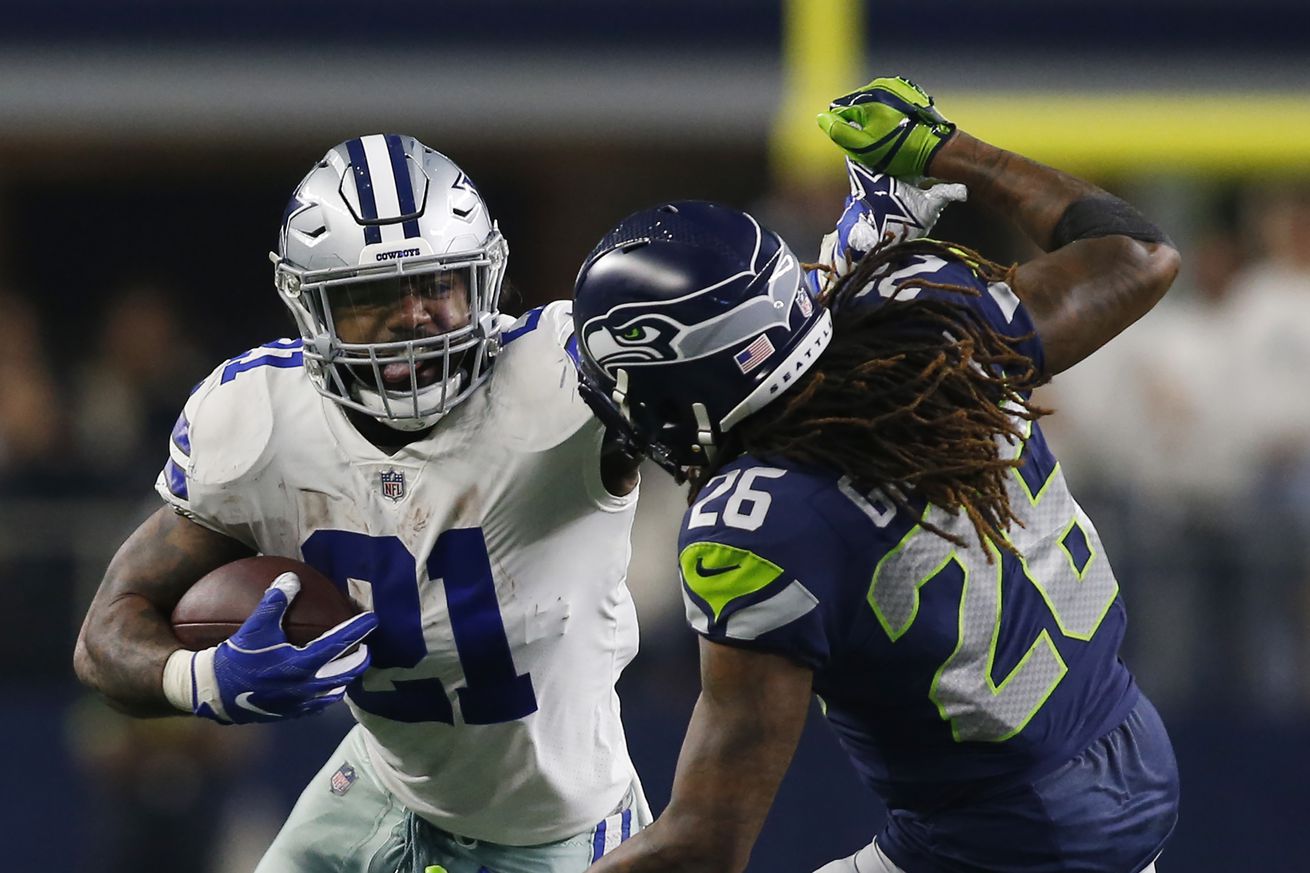 We got some winners and losers from the Cowboys playoff win over the Seahawks.

There have been nine games of significance played at AT&T Stadium this season for the Dallas Cowboys and only once has the result not been to their liking.

That lone loss came against the Tennessee Titans on Monday Night Football in Amari Cooper’s debut. It dropped them to 3-5 on the season and served as a much needed reality check that re-calibrated the very fabric of the team.

Who the Cowboys are is a group of fighters. They do not quit and they do not stop believing (they didn’t need a midnight train, though). They persevere and hang on so that they can deliver the final blow and such was the case on Saturday night against the Seattle Seahawks in the Wildcard Round. The Dallas Cowboys won a playoff game. It happened.

Here are the winners and losers from that game. Enjoy it. Days like these are what NFL teams work tirelessly year round for.

In the battle of good guys and bad guys, anyone who’s ever told us anything before in life was right. The good guys won. America’s Team. The Dallas Cowboys.

One of the final eight teams left. What a time to be alive.

While we can all recognize that these Cowboys are a group of soldiers that know no quit, it has been a much-debated topic who they look to when they’re down in the foxhole. Make no mistake about it, Dak Prescott is the unquestioned leader of this team.

The Cowboys used words like leader, fighter, gutsy, determined, and even monster (shout out to Jaylon Smith) to describe who Dak is and was against the Seahawks. It’s been said since his rookie year, before any of all this happened, that he is a gamer. When the lights are bright and the heat is up you will find him at his best. It’s a special characteristic.

This was on full display for Dak on Saturday night. When the going got tough he got going and pushed the Cowboys to victory.

The Cowboys turn to Dak Prescott in the foxhole because he’s out in the field of battle with them. When they’re back at camp they know who their general is and his name is Jason Garrett.

Call him names, mock his clapping, believe whatever you want. The reality is that the Dallas Cowboys love their head coach and will fight for him through and through. Often joked about being a robot, Jason Garrett showed some emotion during the game when Allen Hurns was lying on the field at AT&T Stadium in pain. It was a small thing to the naked eye but so big in the grand scheme of what comprises the Cowboys spirit.

Jason Garrett preaches a message of fight, and his team believes both in it and in him.

The Hot Boyz are such a big reason for the success that the Cowboys have had this season and two of their stars are Antwaun Woods and Randy Gregory.

I’m technically cheating by including two players in one winner but it’s a loophole to get me an extra name in here (hey, I’m making these rules up). Both Woods and Gregory had huge hits against the Seahawks that helped keep them in check, both in a literal and in an intimidation sense.

DeMarcus Lawrence is the war daddy that Jerry Jones dreamed of, that much is obvious. What makes the defensive line special, though, is the depth. Rod Marinelli’s bunch can get you from a number of places, from a number of guys. Role players matter, not that these guys are necessarily relegated to that, and we’re seeing that week in and week out.

Zeke has played three seasons (not quite done yet obviously) with the Cowboys and has quite the résumé.

He’s led the league in rushing twice. He has averaged the most yards per game in every season since entering the NFL. The Cowboys have two division titles in this span. Dallas now has a playoff win.

Ezekiel Elliott has been worth the fourth overall draft pick and then some. Feed him. Always.

In the lead up to Saturday’s game, Seattle Seahawks head coach Pete Carroll referred to AT&T Stadium as an “unusual place” and that bothered some people. It was a bold thing to do in the week before a playoff game.

Whether you saw it on the broadcast or experienced it in person you know that the home of the Cowboys was rocking on Saturday night. Fans were asked to “white out” the stadium and for the most part they did. The noise was on another level and Jerry Jones even said that he couldn’t remember it ever being that loud.

This isn’t all Noah’s fault, but it was not the best game ever for him on Saturday night.

Allen Hurns was hurt near the beginning of the game (he’s already had surgery) and perhaps that altered the way Dallas was going to use their receivers. Nevertheless they chose to target Noah in key situations, including the redzone on a pass that was intercepted despite some pretty blatant pass interference (we’ll get there).

Noah Brown might one day blossom into a legitimately productive receiver in the NFL. There’s certainly a contingent here at BTB that would love to see that. The reality though is that that potential day is still in front of us which means he’s not an option you know you can rely on right now. That’s important to remember in a big game, you know, like the playoffs.

Brown is perhaps a victim more of the way the Cowboys used him than his own actual flaws, hopefully the future is more bright.

It’s not exactly breaking news that referees in football haven’t had a good year, but there were some horrific calls on Saturday night.

This might not have even been the worst-officiated game of the season for the Cowboys but how do you miss the penalty against Noah Brown? And how do you let stuff like this happen?

Frank Clark trying to twist Zeke’s ankle at the end of this play, of course pic.twitter.com/8miv4NmhZq

After a game that saw him earn all sorts of accolades Blake Jarwin was relatively quiet against the Seahawks, although he did have a few costly penalties.

Nobody necessarily expected Jarwin to repeat his three touchdown performance in the playoffs but what he did in New York made people hope that something like that (you know, using a tight end) would become normal for the Cowboys.

We’ll have to keep hoping.

Watching either team punt these days just feels like it will end badly for Dallas. Seattle had an outstanding play where they downed the ball deep in Cowboys territory, but overall special teams can’t seem to get anything going for the Cowboys. Their own punt coverage unit has been largely bad and almost allowed a touchdown (shout out to Brett Maher).

While Maher did have a nice tackle he did also have another missed field goal. It was a long one so it wasn’t exactly easy, but it doesn’t put to rest the idea that he’s shaky. That’s not fun.

Who were your winners? Losers? Whatever else? The most important thing is that the Dallas Cowboys won and the Seattle Seahawks lost. Onward to next week.