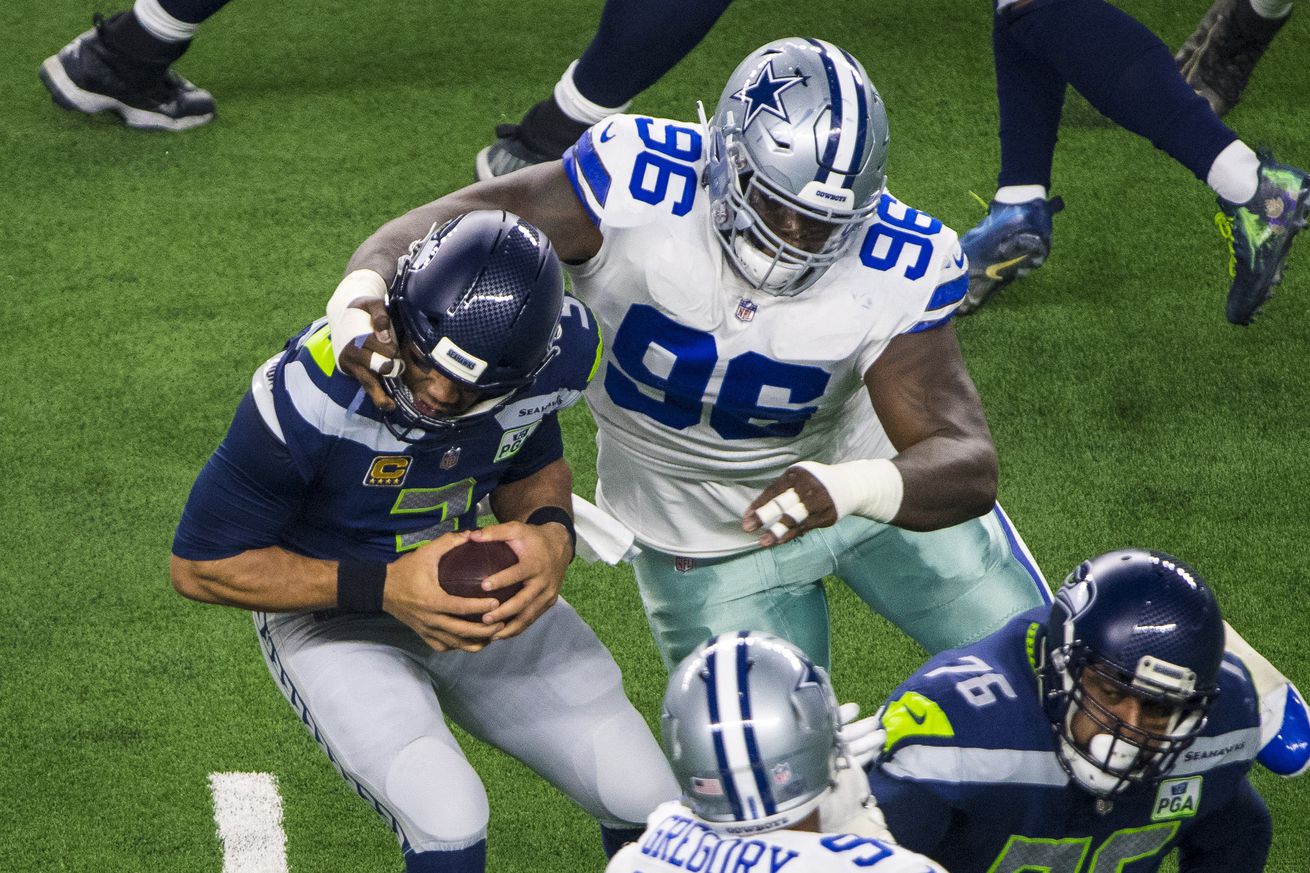 If Russell Wilson is Superman, the Cowboys may just be kryptonite.

Russell Wilson is one of the best quarterbacks in the NFL. That’s undeniable.

Nothing is ever safe with Wilson on the other side, that’s why the Seattle Seahawks have been good for his entire career. Wilson will find a way to end you whether it’s with his arm or with his legs. He’s going to get it done and he’s going to make you sad.

Thankfully this wasn’t the case for the Cowboys on Saturday night as they vanquished the Seahawks in the stadium that Pete Carroll characterized as an “unusual place.” AT&T Stadium was rocking for the home crowd and helped the defense rise to the occasion.

Wilson still drew blood from the Cowboys defense (as mentioned he’s extremely good) but did you know that Dallas is good at stopping him historically? Saturday night included?

This statistic will blow your mind.

As you can see, the Cowboys do quite the job of holding Russell Wilson in check, for Russell Wilson’s standards. They’re able to corral him enough to stop him from hitting plays of over eight yards and in the game of football those are big-time moments.

Dallas is 2-2 in the games listed here with the two wins being two of the most impressive in the Jason Garrett era, Saturday night included. Seattle has been a thorn in their side so it’s interesting to see that the Cowboys themselves have sort of found a way to bother Seattle in all of the matchups.

The Cowboys kind of have Russell Wilson’s number. Who would have thought that?