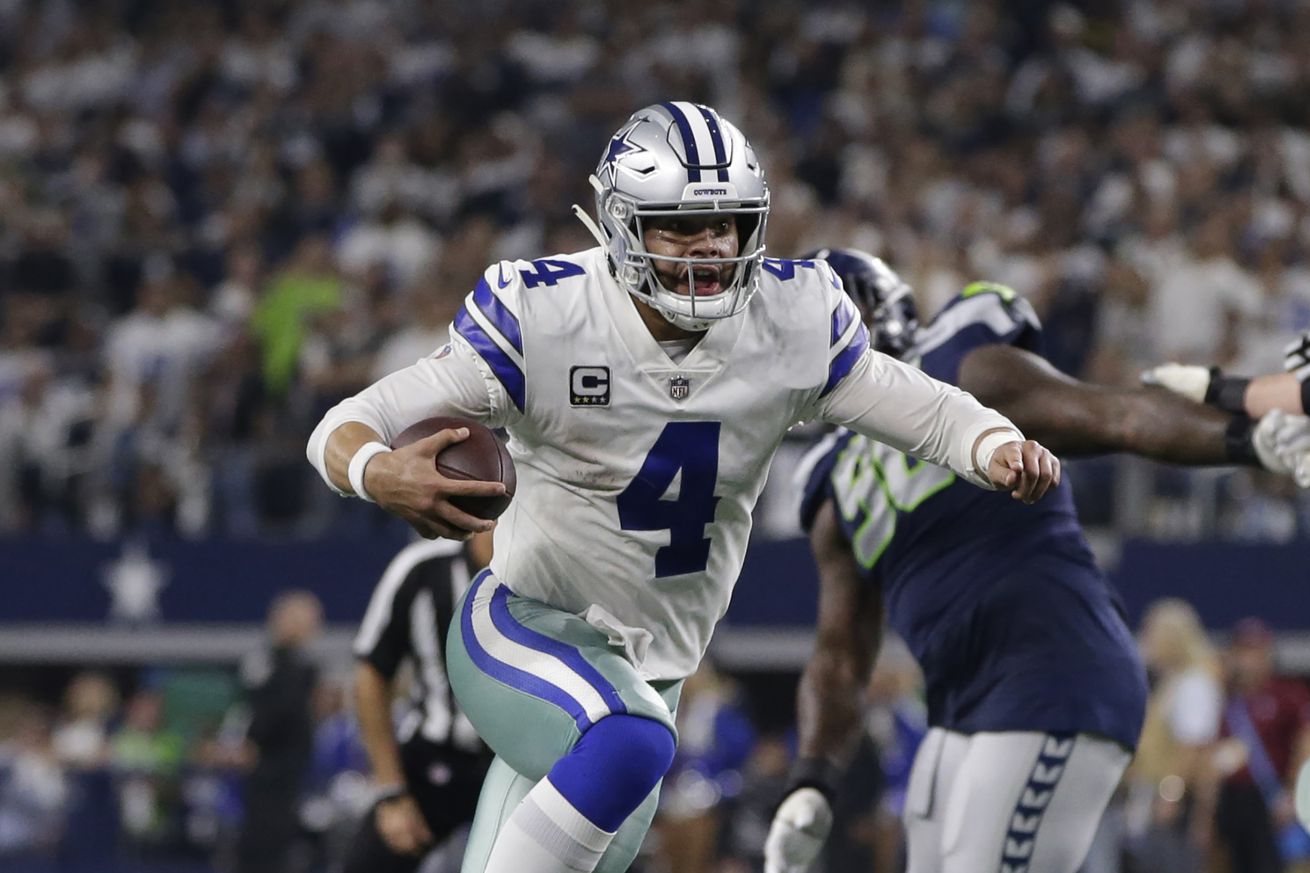 The Dallas Cowboys are getting hot at the right time.

Thinking back to the year 2007, the Dallas Cowboys were the top-seed in the NFC, but lost to the New York Giants who were a fifth-seed Wild Card team. The Giants went on and beat an 18-0 New England Patriots team in Super Bowl XLII. How did the Giants pull off the David vs. Goliath upset? They simply followed a formula that works really well in the NFL – they got hot and healthy at the right time.

That’s the position the Cowboys find themselves in right now. After a 3-5 start, this Cowboys team has now won eight of their last nine games. Head coach Jason Garrett has his troops prepared and playing with a lot of fight. This is a very focused football team. And they’re getting healthier. They were able to give Tyron Smith and Zack Martin some rest towards the end of the regular season and both those guys were back on the field on Saturday against Seattle. Dallas has all their key pieces healthy right now and are poised for a big playoff run, but can they pull it off? Here are three reasons fans should feel pretty good about their chances.

The offense has been an enigma this year as they’ve been a little Jekyll and Hyde-ish over the course of the regular season. Things like third-down conversations, red zone scoring, and the inability to protect Dak Prescott all played a big role in the team’s offensive failures this season.

But all these things seemed to correct themselves on Saturday. The Cowboys made some key third down plays, including an epic 3rd-and-14 quarterback QB draw that broke the Seahawks back. Dallas was great in the red zone, scoring three times. The only misstep was when Prescott was intercepted after Seahawks linebacker K.J. Wright got away with a pass interference. And as for protecting Dak, he was only sacked one time against Seattle.

There are many reasons to feel good about this offense. Connor Williams had a great game returning to his old gig at left guard. He had several key blocks in the game. Amari Cooper has been a godsend to the passing game. He was getting open left and right against the Seahawks secondary. While these things are nice, the Cowboys live and die by the play of their quarterback.

After losing Dez Bryant, fans were worried about the offense, but last season Prescott became fixated on targeting the team’s #1 WR, however entering the new season, the stats showed that Prescott is better when he spreads the love.

Prescott’s decision making was great on Saturday as he spread the ball around to eight different receivers. Cooper might be the main target, but Prescott seems to find Cole Beasley and Michael Gallup at the most opportune times.

With nothing to lose, the team made it clear that they are not holding back when it comes to using his legs to make plays. Dak had a couple plays that were designed runs all the way. The team cut him loose against Jacksonville earlier in the season and it worked out pretty well. Whether the results are favorable or not, this team will continue to rest their postseason lives on their new franchise quarterback.

The Seahawks had 12 drives in the game and half of them were three-and-outs. That’s impressive and there are a lot of people to thank for that. It all starts up front and the Cowboys defensive line was outstanding. Rod Marinelli used a mixture of defensive line arrangements. The flexibility of Tyrone Crawford to play inside-out helps them put the right pieces in place based on the situation. From run-stopping packages featuring Antwaun Woods to pass-rushing downs with Randy Gregory, the Cowboys mix it up extremely well. Sometimes DeMarcus Lawrence is on the left side, sometimes on the right side. Everyone’s contributing. Woods had a big tackle for a loss, as did Gregory. Even the mostly quiet Maliek Collins came away with a big sack against Russell Wilson.

The Seahawks were the league’s top rushing team this season, averaging 160 yards per game. The Cowboys held them to 73 yards rushing, including just 22 yards in the first half. Strangely, the Seahawks biggest running play came when Sean Lee was on the field.

How quickly father time can change things. I’m alarmed by how he’s just not anywhere close to the old Sean Lee. On the positive side, Van Jaylon is flat-out awesome and they’re going to be around a while. https://t.co/OJsd5SanhZ

When the duo of Jaylon Smith and Leighton Vander Esch were on the field, the Seahawks simply could not run on them. Expect more of Van Jaylon and less of Lee going forward.

Even when Seattle came up big, they had to come down with some amazing plays to get them. Both Tyler Lockett and Doug Baldwin made remarkable catches at the sidelines. Make no mistake about it, this Cowboys defense is making it tough on opposing offenses.

It’s hard to recall watching a cornerback smother his man as much as Chidobe Awuzie has done this season. If he could just get himself turned around to make a play on the ball, he’d be one of the best corners in the league.

The Seahawks scored two touchdowns on Saturday, but both times they had to convert a fourth-down play to do it. The Cowboys held them to just two for 13 on third downs. This defense is clamping down and making it really difficult on their opponent.

Special teams can be crucial in close games in the playoffs so it’s important to have the team playing well on all levels. There was some concern about new kicker Brett Maher, but he was solid in his playoff debut. Sure, he missed a 58-yard attempt in the first half, but those kicks aren’t high percentage kicks. He was right down the middle on the shorter stuff, knocking down a 39-yard field goal and three extra points, which oddly is what concerns us fans the most.

The Cowboys got a great boost from the return of Tavon Austin as a punt return as you can see how dangerous he can be. At the end of the first quarter, Austin ran a punt back for 80 yards, but it was nullified by a holding penalty. He got another chance in the fourth quarter when he took a booming 60-yard punt by Seahawks All-Pro punter Michael Dickson 51 yards to the Seahawks 38-yard line. He lost his footing at the end or else he would have taken it all the way for a touchdown.

There have been moments this year where it’s easy to miss Ryan Switzer. Cole Beasley just doesn’t pose the same threat and Jihad Ward (who Switzer was traded for) didn’t even make the team. But the Cowboys have Austin, it’s just he hasn’t been around because of a groin injury. The team was extra cautious with him and now he’s ready to do whatever he can for this playoff run.

The Cowboys special teams also made a great play in punt coverage. Seahawks returner Tyler Lockett might have been off to the races had it not been for a great shoe-string tackle by Joe Thomas.

And in Dallas, everyone tackles. Even the punters and kickers. Maher might’ve saved a touchdown on this play.

Who knows what’s in store for us fans over the next few weeks, but it’s a great sign to see them playing well. They got past the Wild Card round, but it’s been 23 years since they have gotten past the Divisional Round. They’ll have a shot to do just that next weekend.