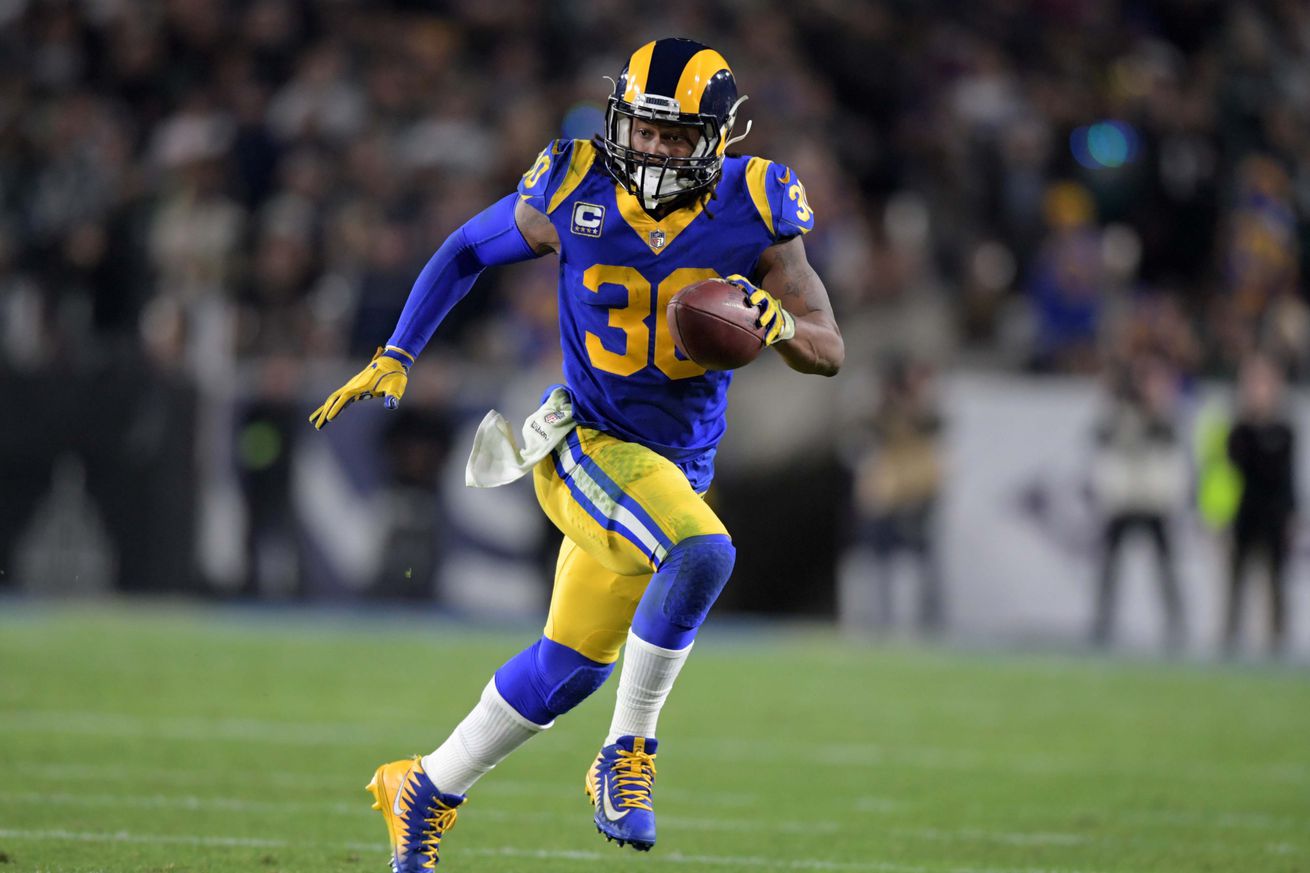 The Rams have had a week of rest, but will it help or hurt them?

Football is a naturally tough sport to play, and therefore the conventional logic is to try and get your players as healthy as possible for the playoffs. That usually means trying your best to earn a first-round bye in the playoffs as one of the top two seeds, which the Los Angeles Rams did with a 13-3 regular season record. For star running back Todd Gurley, who sat out the last two games of the year with a knee injury, he’ll be even more rested.

But of course this brings up the age old argument of whether the bye week really does help players with the rest, or if it brings too much rust when the team comes out for the divisional round. There are two sides to the coin in this debate: the Rams have had time to prepare and get healthy, while the Cowboys are just coming off a hard fought win over the Seahawks; the Cowboys are in game shape already and have momentum after a big playoff win, while the Rams haven’t played a tough game in several weeks.

Recent history doesn’t have much in the way of answers either. From 2010 to 2014, three of the five Super Bowl winners were division winners who played in the Wild Card round. However, over the last three seasons the winner of the Super Bowl has had a playoff bye each time. And yet, since the 2007 season, a team that played in the Wild Card round has won in the divisional round 15 different times. The only team to accomplish it last year was the Jacksonville Jaguars, who did so largely on the strength of their running game and dominant defense. Sound familiar?

There is still a very real advantage to having one less game to play in order to reach the Super Bowl, though it can be argued that having home field advantage plays a bigger role in that than the first-round bye. But in that area, the Rams aren’t great. Despite fielding a first-class team this year, Los Angeles has had trouble getting fans to their games. Only the Washington Redskins had a lower percentage of home game attendance this year, and according to TeamRankings.com the Rams rank 23rd in home field advantage with a -1.4 rating.

Back to the topic of early-round bye weeks, sometimes it seems that it varies based on each team as to whether or not the rust appears in that week off. For the Rams under Sean McVay, they are 2-0 coming out of regular-season bye weeks but both of those wins were against bad teams. In 2017, it was a blowout victory over the reeling 1-7 Giants who would fire their head coach and general manager a month later. This year, it was a 30-16 win over the up-and-down Detroit Lions, who were 4-8 at the time and finished the year 6-10. In that game, Jared Goff only completed 51% of his passes with one touchdown and one interception.

This is also the first time that McVay’s team has had a first-round bye, so there’s not much to go off of there. If Cowboys fans are looking for something to take comfort in, note that the Rams have played their worst football of the season in the month of December. They played five games in December and went 3-2 with the aforementioned win over the Lions as well as the Cardinals – who fired their head coach after his first year with the team – and the 49ers – who were starting third-string quarterback Nick Mullens. The two losses were against playoff teams, the Bears and the Eagles. While those two final games against the Cardinals and 49ers may have given Los Angeles their confidence back, it’s undeniable that the Rams’ slump happened at the worst possible time.

Whether or not any of this will manifest itself into the Rams coming out with some rust for the next game is something we won’t really know until Saturday night. But since 2007, at least one team that’s played in the Wild Card round has won in the divisional round each year, so there’s likely to be at least one of those happening this weekend. Why not the Cowboys?