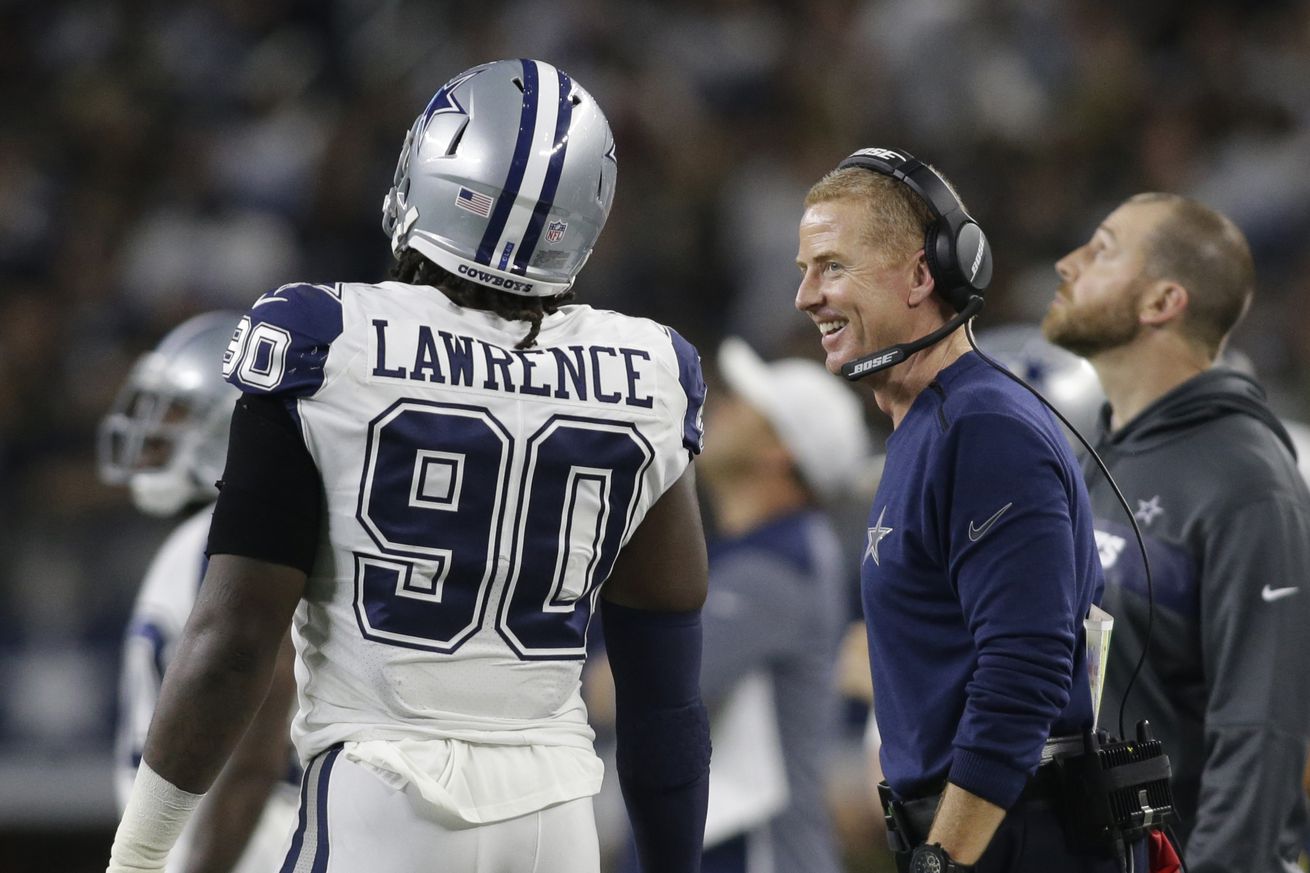 The Cowboys will have decisions to make this offseason, and this list is a big part of that.

With the 2018 season officially over for the Dallas Cowboys, thoughts and preparation are immediately shifting towards next season. Such is life in the NFL.

It’s a bit depressing when you consider all of the life events that we’ll experience between now and next season: The Super Bowl, the NCAA Tournament, The Masters, the NBA Playoffs, countless birthdays, so on and so forth. In between all of that, we’ll have the NFL Draft as well as free agency where Dallas will look to improve their roster.

Who are the priorities in terms of players the Cowboys need to keep next season? In order to determine that we need to first know who is all up for new contracts. Funny how we’ve got a list right here just for that (courtesy of Over The Cap)!

There are a few types of free agents

A restricted free agent is any player with an expiring contract who has exactly three accrued NFL seasons. An accrued season is defined as a player being on a team for at least six regular season games, although practice squad designation doesn’t count. The reserve physically unable to perform (PUP) list for non-football injuries also doesn’t count as an accrued season.

NFL teams can tender their RFAs with different designations. We’ll see if the Cowboys choose to do so with Darian Thompson although that seems unlikely.

An ERFA is a player with only one or two accrued seasons, but unlike restricted free agents, ERFAs aren’t able to negotiate with other teams. Instead their rights belong exclusively to the team that applied the tender.

We’ll see whether or not the Cowboys are finally at a place where they want to lock Tank down with a long-term deal, but it’s hard to build a legitimate case against the idea. While he will likely command quite a fair chunk of cheese, he has turned into one of the stars of the defense as well as one of the group’s more vocal leaders.

Cole Beasley and Tavon Austin are interesting options considering the Cowboys will likely want to retain at least one slot receiver. Austin had injury issues during his first season in Dallas and Beasley has been around forever. The Sauce has developed into a fan-favorite and it would be quite weird to see him play elsewhere but that does happen in the NFL from season to season.

Dallas will also likely look to address various parts of their team with outside free agents, the Earl Thomas situation is now a very possible one as opposed to last season as an example. They could have to react to a potential Sean Lee retirement but that’s something that we won’t have the answer to for some time.

Outside of free agency, the Cowboys will of course have the NFL Draft as a resource to add to their team. While they don’t have a first-round draft pick as a result of trading it for Amari Cooper they are projected to earn a fourth-round selection for Anthony Hitchens.

In addition to all of this the Cowboys may also have to deal with extensions to existing contracts. Dak Prescott, Ezekiel Elliott, and Amari Cooper have all had their names floated out as possibilities and so has head coach Jason Garrett for that matter, although that wouldn’t have any salary cap ramifications.

The work towards building the 2019 Dallas Cowboys starts now.