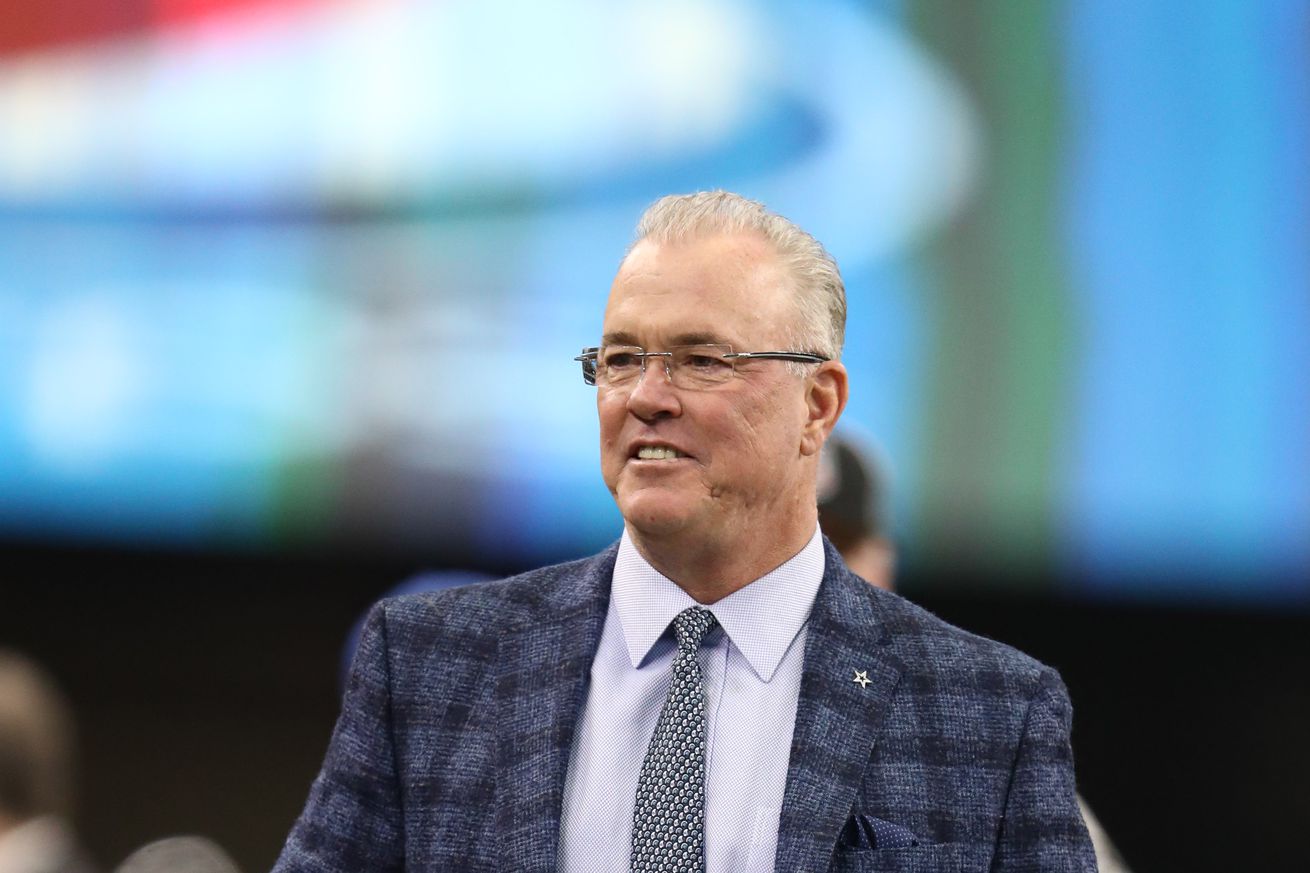 Maybe Scott Linehan is not safe after all?

Earlier today, Jason Garrett made it known that he wouldn’t like to make any major changes to his coaching staff, including the polarizing figure of offensive coordinator Scott Linehan. Given the the view of many Cowboys fans, that didn’t sit well and led to much consternation. But perhaps we will need to wait a while before we know exactly how things will shake out. That seems to be the opinion of Stephen Jones who had this to say:

“I think it’s a little early to be speculating about players, coaches, anything like that other than I really do think our group overall did a nice job,” Jones said on The GBAG Nation. ”I know overall it was a good season, but we also know that we’ve had some good teams around here that haven’t taken the next step. We’ve got to figure out what that is. We’re obviously going to be doing a lot of work … to see how we can take that next step.”

One thing that statement does is give hope to those who would like to see Scott Linehan gone. Jason Garrett’s opinion carries a lot of weight, but the Jones family are the ones in charge and they can decide on the makeup of the staff. They generally would’t want to override their head coach, but Stephen makes a very interesting point in his statement.

but we also know that we’ve had some good teams around here that haven’t taken the next step. We’ve got to figure out what that is.

Given that the offense struggled through large parts of the season, maybe he is thinking about that side of the ball when thinking about what could get them to the next step. Then again, the defense did fall apart in the playoff game after struggling some down the stretch. In reality, you can interpret Jones’ comments many different ways, including just making it known that they aren’t prepared to answer any questions yet.

But if you’re looking for Linehan’s exit, the fact that the Jones family hasn’t closed the door on coaching changes is a welcome development.