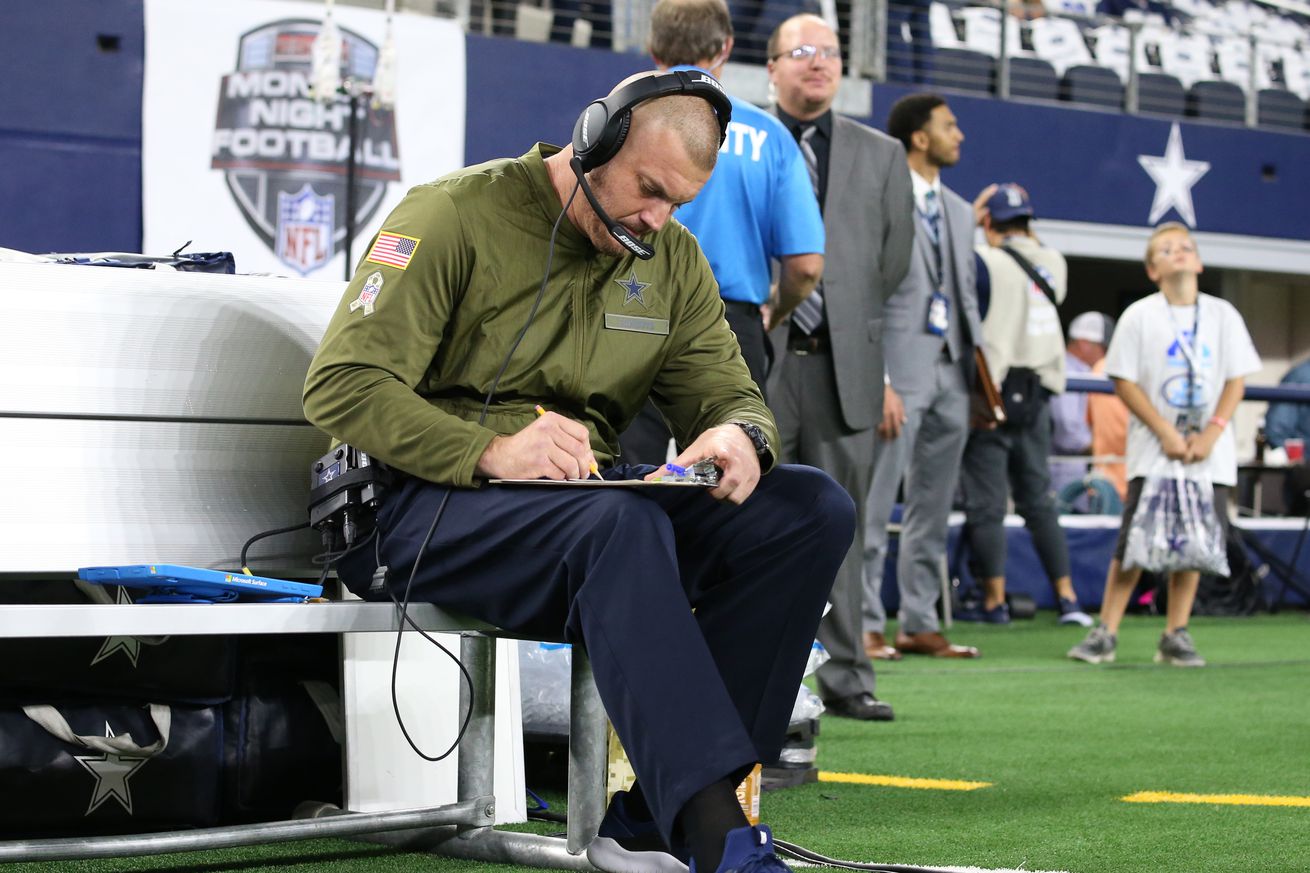 The Cowboys bring back one of their own among the coaching staff.

One of the biggest decisions that the 2018 Dallas Cowboys made came during their bye week when they fired offensive line coach Paul Alexander.

Alexander was in his first season with the team and seven games in hadn’t shown enough to warrant staying around. Dallas chose to move on from him and promote former offensive lineman Marc Colombo to oversee the position with help from Hudson Houck.

Colombo was in the final year of his contract with the Cowboys which started speculation that he could go elsewhere for next season. That will not be the case as Colombo will indeed return to Dallas for 2019.

EXCLUSIVE EXCLUSIVE: The #Cowboys have given former @1053thefan Staff Member Marc Colombo a new contract to remain as its OL Coach. Told me he is the “Luckiest guy on the planet to coach this group and for this organization.” @1053SS @RDubThree @TommySledge @fishsports

Colombo got quite a lot out of a Cowboys offensive line that at times operated without Tyron Smith and Zack Martin. That’s not to mention that they didn’t have Travis Frederick for the entire season. He’s a coach on the rise and it’s great to see that he’ll return to the team.

For what it’s worth Travis Frederick is slated to return next season so all sorts of reinforcements will be returning to protect Dak Prescott. With coaching changes/news starting to trickle out it’s best to buckle up for anything else that might pop up.