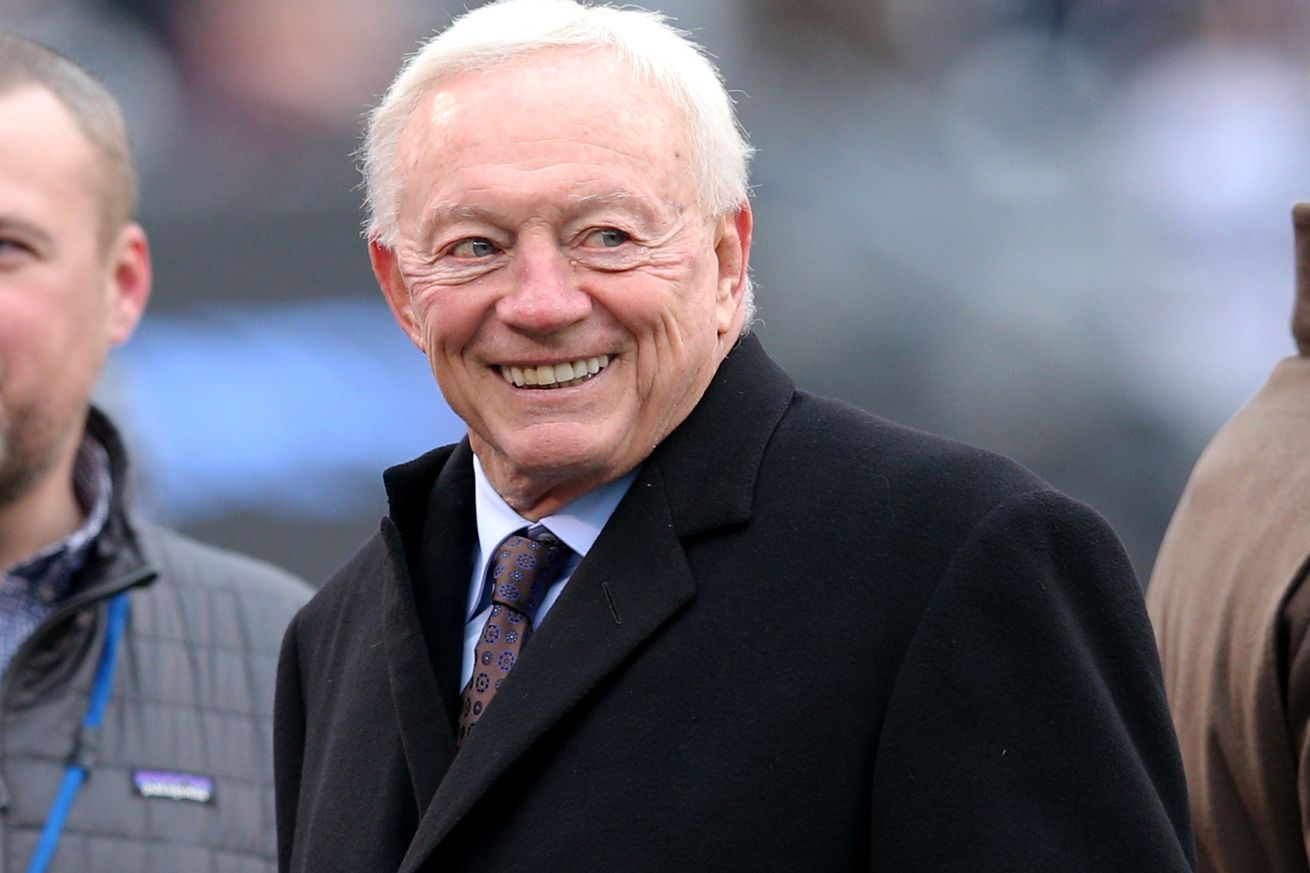 All the Cowboys news you need.

Monday may not have been the best day for Jason Garrett, as it seemed like Stephen Jones contradicted his stance on Scott Linehan’s job security, but of course the opinion that matters most is that of Jerry Jones. The owner gave some insight into his thought process on Tuesday.

“I sound a bit irritated, and I understand [that],” Jones said. “I like the direction that we’re going in. I like where we’re going [but] I don’t have any comments this morning on extensions or if we’re going to do any replacing, because my options are open. Nobody knows.

”Anybody tells you there’s going to be a change out there, they don’t know because I don’t know this morning, and I’m the last say.”

“From the standpoint of the offensive coordinator, when I look at the number of changes around the NFL — since I’ve been here, in the last 30 years — the No. 1 changeout area is offensive coordinator. The No. 1 challenge when we sit down and talk about our game and nuances of changing the game — looking at the penalties — the No. 1 thing we try to work on is offense.

”Offense is the exciting part of the game, and it’s always the biggest challenge. Defenses adjust on offenses. Offenses have to adjust. They have to evolve.”

When the Cowboys fired their offensive line coach, Paul Alexander, during the bye week, former player and then assistant offensive line coach Marc Colombo was given the interim role and found success quickly. With his contract ending after the season, Dallas locked him up.

According to multiple sources, Marc Colombo signed a new deal to be the Cowboys offensive line coach in 2019. He took over on an interim basis for Paul Alexander after seven games in 2018 and had to work around injuries to Pro Bowlers Tyron Smith and… https://t.co/qsUpScVaNU

Like it or not, history shows that OC Scott Linehan may not be the problem for the Cowboys’ offense – Jean-Jacques Taylor, SportsDay Dallas

In the wake of a season that fell short of some people’s expectations, attention has once again turned to embattled offensive coordinator Scott Linehan, with fans calling for him to be fired. However, maybe Linehan isn’t the problem.

Y’all act like this offense hasn’t functioned at a high level with Linehan as coordinator and that’s simply not true. It was good in 2014 and 2016 and the first eight games of 2017. If they improve the talent at receiver and find a versatile runner with big-play potential to complement [Ezekiel Elliott], then this offense could absolutely improve. Linehan needs to have a better feel for play-calling but he has designed some good plays and called some good games throughout the season. The reality is a lot of folks judge him on the success of each play the same way they judge Dak on whether every pass gets completed. It’s a poor approach, but that’s the way it is.

Jerry Jones: Jason Garrett would have had five offers to be a head coach this offseason – RJ Ochoa, Blogging the Boys

Despite turning around the team from a 3-5 start and winning a playoff game, there were still some who questioned whether Jason Garrett was cut out to be the Cowboys head coach going forward. Jerry Jones took exception to that on Tuesday.

Jerry Jones said that Jason Garrett would have had five offers to be a head coach had he been on the market two weeks ago. Five.

Jason Garrett has been around the block. He has three division titles over the last five seasons, navigated the change from Tony Romo to Dak Prescott, and he’s coming off of a season where his team rallied for a valiant finish. NFL teams covet this sort of thing.

We’re in an era where teams want to pair their young quarterback with someone who they feel to be a bright mind that can take their signal caller to the next level. Consider that the New York Jets just hired Adam Gase right after the Miami Dolphins let him go, Gase’s supposed ability to develop quarterbacks is what got him the job. Garrett could have been in a similar boat (Jerry also joked on The Fan that he wanted a bigger boat, oh Jerry).

Tyron Smith still one of the best – @PFF

Tyron Smith once again faced some small but nagging injuries throughout the year and came up against a perception that he had fallen off in his skill as an elite left tackle. Yet according to Pro Football Focus, Smith is still in that elite category.

Tyron Smith led the league’s tackles in terms of most snaps per pressure allowed in 2018. pic.twitter.com/On0KFdfByo

The Cowboys’ season is over, but Jason Garrett and his staff won’t get the chance to start their offseason just yet. They have one more game to prepare for, although it has even less relevance to the NFL season than Dallas’s Week 17 game.

The coaching staffs of the Los Angeles Chargers and Dallas Cowboys have been selected to lead the Pro Bowl teams.

Anthony Lynn and his Chargers’ staff will coach the AFC team while Jason Garrett and his Cowboys’ staff coach the NFC team.

A big part of the Cowboys’ success in 2018 was their stifling defense that had impact players at every level. One of those impact players was Byron Jones, who made the Pro Bowl in his first year at cornerback. Pro Football Focus shows just how impressive Jones was in coverage.

The season may be over now for Byron Jones – but he still had a remarkable year in coverage pic.twitter.com/NrcwwoMEyg

Cowboys LB Sean Lee discusses his future and what he’s willing to accept if he does come back – David Moore, SportsDay

Sean Lee updated everyone on what he’s thinking for 2019.

Sean Lee discussed his future again Tuesday, saying he wants to take a month or so to decide his fate and understanding if he does return with the Cowboys, it would be in a backup role.

“I want to continue to play the game but I have to evaluate physically where I’m at,’’ Lee said in his final scheduled appearance of the 2018 season. “I definitely have some decisions to make.

“I’m leaning toward playing for sure.’’

He also had some interesting things to say about his role and contract situation.

He said if the Cowboys want him back he understands it will be as a reserve. He left the door open to a pay cut for his diminished role, saying if he does decide to continue his career it won’t be driven by money.

The Cowboys have a decision to make on Cole Beasley. Sounds like Bease may be frustrated.