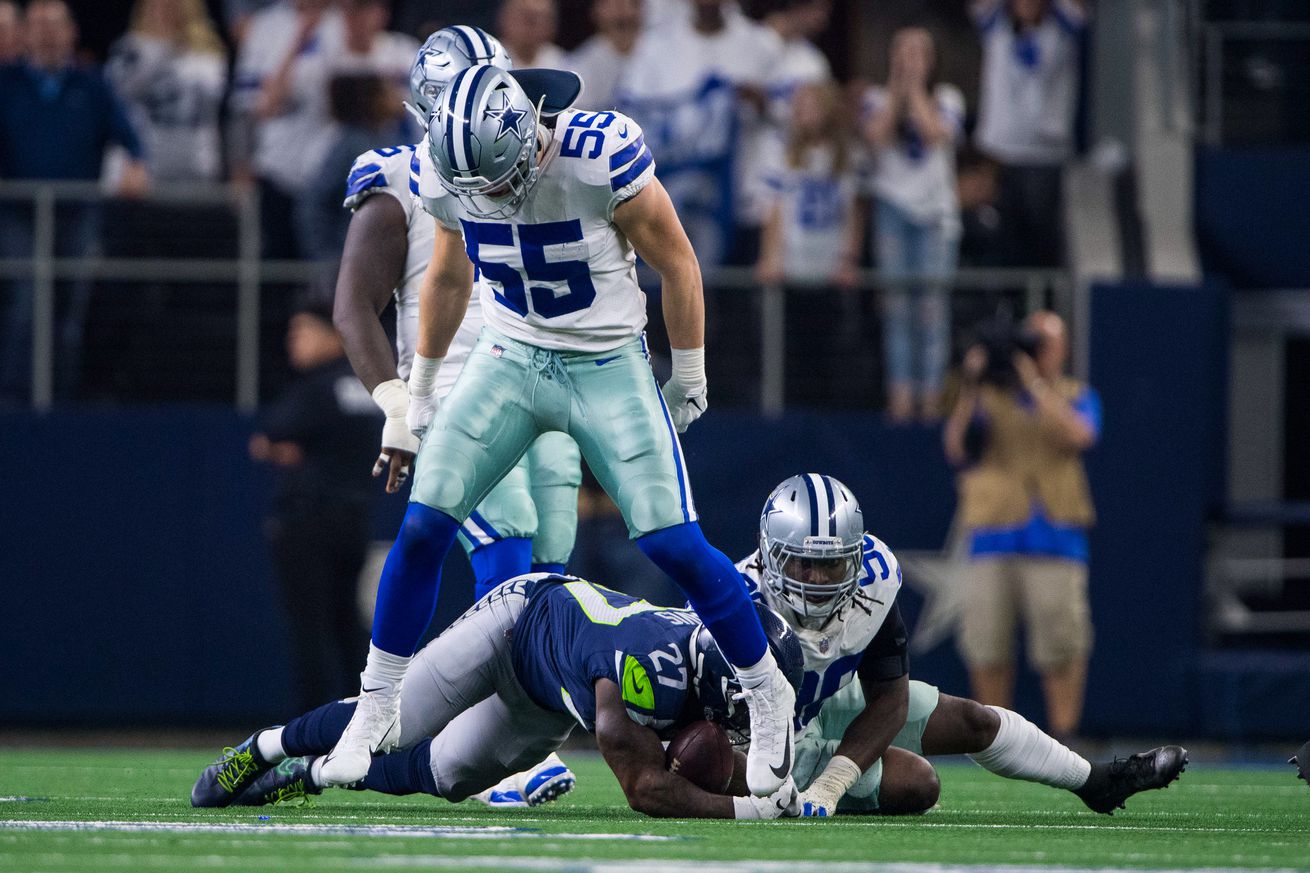 The accolades keep rolling in for the Wolf Hunter.

Leighton Vander Esch exceeded many expectations with his impressive play during his rookie season in the NFL. From nearly the first meaningful snaps he received as a member of the Dallas Cowboys, Vander Esch was an impact player for one of the best defenses across the league in 2018.

The man dubbed the “Wolf Hunter” was all over the field for the Cowboys, recording 176 total tackles (Cowboys rookie record), 102 solo stops, and a pair of interceptions. They weren’t just some useless box score stats either; LVE was truly an important and vital player on a defense that finished as one of the more improved units across the league under the guidance of Kris Richard and Rod Marinelli.

Perhaps the biggest stop of Vander Esch’s rookie campaign came against the Eagles. The Cowboys, coming off of a disappointing home loss to the Titans on Monday Night Football, traveled to Philadelphia to take on the Eagles in a game that turned around the Cowboys’ season. LVE was a huge reason why the Cowboys came out of Philly with a win.

The play that changed this 2018 Dallas Cowboys (@dallascowboys) season from 3-5 to 9-6 now NFC East divisional champs. If Leighton Vander Esch (@VanderEsch38) does not make this play by tackling the running back odds are Philly Eagles win the game. pic.twitter.com/ql7COZOs6o

The first-year phenom linebacker out of Boise State was always around the ball during his rookie campaign. As a result, Vander Esch was selected to the second team All-Pro team, a huge honor for a guy that has only played on season of professional football and had to walk on to his collegiate squad after playing eight-man football!

On Tuesday, the Cowboys linebacker was added to the 2019 Pro Bowl squad, adding to his growing list of accolades. LVE will replace all-world defender Luke Kuechly in the game.

#DallasCowboys linebacker @VanderEsch38 has been added to the 2019 Pro Bowl Roster.

Vander Esch will get another game to play for the Cowboys coaching staff this season, as Jason Garrett and company will be leading the NFC squad in Orlando, Florida, on January 27th.