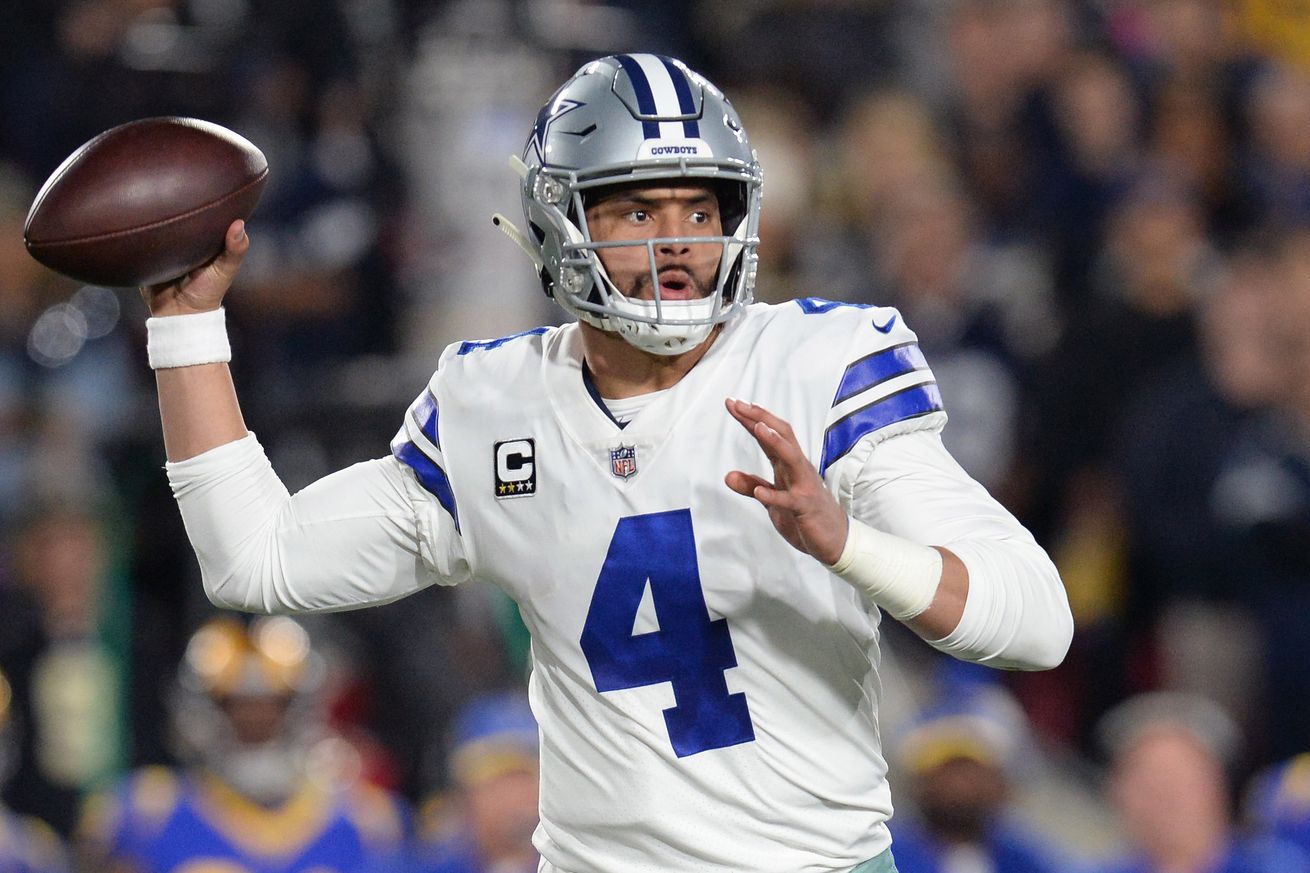 Does Linehan stay or go? Well, it all depends on Dak Prescott.

This Cowboys season will be remembered for a variety of reasons but mostly for the major turnaround this team accomplished. As disappointed as everyone is that the ride didn’t continue, this team became the first in franchise history to do what they did. They also became the seventh in NFL history to win a playoff game after starting 3-5. As exciting as the Cowboys made the ride, it also caused quite a bit of anxiety.

It truly was two seasons in one, the comeback was remarkable but this team underachieved on a colossal level for half the year. The Cowboys really had no business making the playoffs in the first place and found a way despite still having a list of deficiencies. Their problems offensively were chronicled weekly, they never went away, the team just learned to overcome them. Well, as we now know, those flaws became fatal in the playoffs and they just weren’t good enough to overcome a team like the Rams.

This organization’s recent playoff performances are a touchy subject and last week’s divisional loss only exacerbated the restlessness and agony of the fanbase. Just as they underachieved, they also overachieved to finish 7-1 down the stretch. This young Cowboys team also beat a Super Bowl-winning head-coach-quarterback duo in the Seattle Seahawks. At the end of the day, if you don’t win the Super Bowl, you didn’t accomplish the goal. There are no prizes for the runner-up, they just join the list of 31 other losing teams.

For the Jason Garrett-led Cowboys, it’s the third straight divisional loss and each one stings in its own special way. The organization will make changes, even those that win the whole thing make changes, it’s commonplace in the NFL. There’s really only one change that everyone is craving and that’s the offensive coordinator, Scott Linehan.

Even in the midst of their 7-1 finish, Linehan wasn’t getting much reprieve from the criticism. Whether it was predictable play-calling, poor execution, or long lulls in offensive production, Linehan is where the buck stops. It may not be fair but that’s what happens when you are given the big stick to choose your own staff and make the organizational changes this team did prior to opening day. Don’t forget, Scott Linehan was public enemy number one last offseason but Garrett and the Joneses only doubled down in their belief in him. When the same questionable play-calling cropped back up in this last loss, it just unmuted everything all over again.

There was a point in time this season when the Cowboys were rumored to have thought about making that change but declined. The team denied those rumors. There’s been recent rumors, though unconfirmed, that Garrett pulled back some of the offensive control in the final month. If that’s true, wouldn’t it only raise more questions about the entire regime, Garrett included? Well, Garrett isn’t going anywhere after that late surge and ownership has the more compelling argument to keep him. No such argument is being made for Linehan as the three heads of the Cowboys will take their time to determine his fate, as they should.

The most important aspect of the decision is, and will always be, Dak Prescott. Is this play-caller right for this quarterback and vice versa? At best, they have a complicated relationship but we can’t deny the resurgence we saw from Dak Prescott. A quick reminder of where he was from mid-2017 to the bye week and the rise he made in the last 11 games including the playoffs:

The million-dollar question is what role did Scott Linehan play in that resurgence? Was this a Garrett-Prescott deal? Was it simply Dak Prescott working on his craft despite his play-caller or position coach? That’s what the Cowboys’ brass will have to determine and whether or not they see these two entities being able to coexist.

Whatever the Cowboys do, keep Linehan or move on, the offensive coordinator is the most important decision to make for this team going forward. If they truly believe that this young team’s comeback was the sign of future success, they must make sure that their quarterback continues on this path. If they make a move to find someone else, the Cowboys will have to make sure that he’s the right pick for the quarterback.