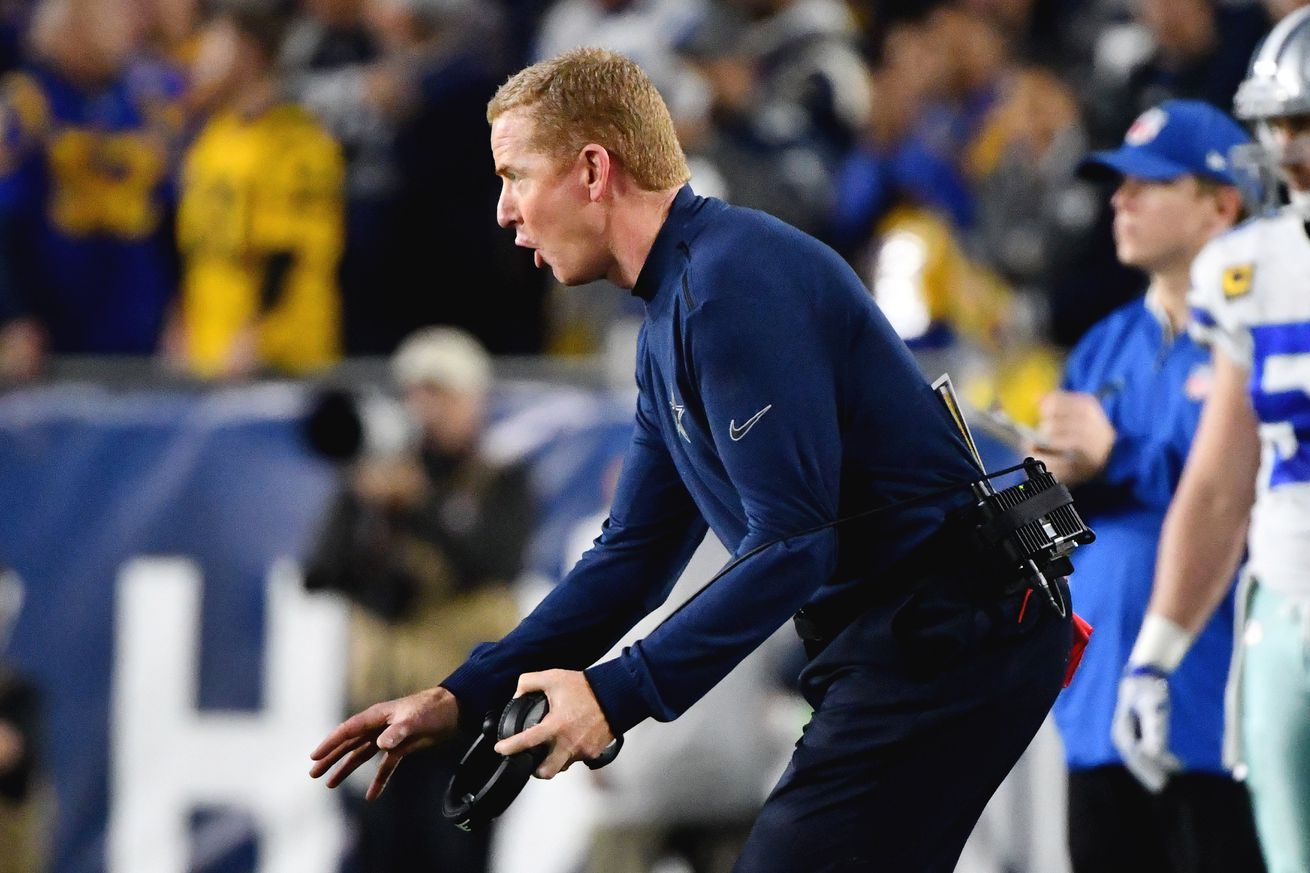 Who could it be?

There’s been a lot of murmurings about the happenings going on with the Dallas Cowboys coaching staff and despite the season ending almost a week ago we don’t know a whole lot.

As David Howman noted earlier today, a mystery clue surfaced by way of Ed Werder. His report said that the Cowboys had inquired about a notable offensive assistant coach within the league but that they missed out. Of course, he didn’t divulge who this mystery coach is.

Although Jason Garrett claimed no major changes to his coaching staff, a source tells me the #Cowboys have inquired about the interest/availability of at least one prominent offensive #NFL assistant coach.

I’m not at liberty to identify the coach that the #Cowboys contacted in the past 48 hours even though he has taken another #NFL job now. I thought it was valuable info to share that they are looking as Jerry Jones indicated was possible, contradicting Jason Garrett.

Dallas has already moved on from Doug Colman and this past Monday Jason Garrett, through quite the bad day behind a microphone, somewhat endorsed and then walked back the notion of keeping Scott Linehan. Needless to say, things seem like a bit of a cluster from the outside.

There are obviously a number of possibilities as to who this mystery coach could be but it makes sense that it is John DeFilippo. Flip was fired by the Minnesota Vikings before the season ended and hired by the Jacksonville Jaguars on Wednesday, which fits into the time frame that Werder mentions.

What does this say about the state of the Cowboys coaching staff? Was Flip (or whoever else) being considered for a role that would be added into the current staff or for one that he would occupy after someone else was let go? All we can do is speculate.