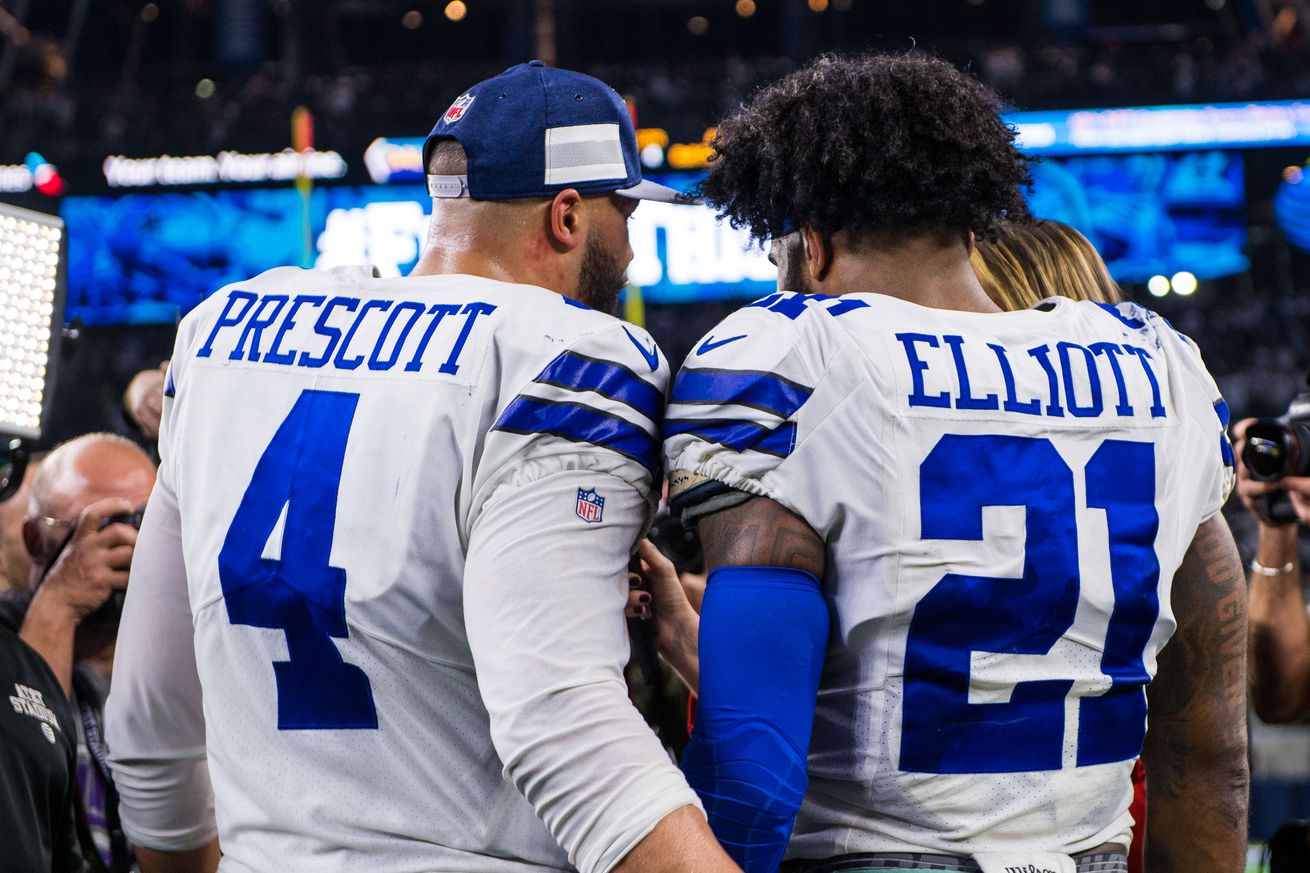 Scott Linehan really should have done so much better.

OK, what came to mind when I first started thinking about writing this article was the Green Arrow telling Scott Linehan “You have failed this franchise!”

But now that I’ve dispensed with my geek outburst, let’s get into the meat of things. The genesis of this goes back a couple of days, before the divorce between the Dallas Cowboys and their offensive coordinator became final. It started with a look at quarterback Dak Prescott and how he performed down the stretch this season. Then the aspect of how Ezekiel Elliott is one of the premier running backs in the league, but was so often put in unwinnable situations also seemed pertinent. There is a serious argument to be made that their talents were not utilized to the fullest this season. That is certainly a driving factor in Linehan’s departure. It also may bring a little clarity to the old “play-calling versus execution” argument that raged around Linehan all season.

As with so many things, this was all inspired by a few things out there in the Twitterverse. (Is that one of the alternate realities in the multiverse? OK, really, geekfest over now.) Here are some that really hit home.

The Dak inaccuracy narrative is so bad. It’s demonstrably untrue. The data is more accessible than ever, thanks to resources like @AirYards. He’s been above average at nearly every target depth for his entire career. We need to draw it from the fanbase like poison from a wound.

Adjust your priors. In green, you have Dak’s career completion percentage by depth of target. In gold, you have the league average trendline. pic.twitter.com/IZ8PNbEV6E

Here is what I took away from that: Dak is producing at a high level, is actually more accurate than most NFL quarterbacks, and is at his best under pressure. Those are some statistical things to support the contention that he is a much better quarterback than the conventional wisdom believes. Now add in the old eye test, when we watched him rise to the occasion again and again to get his team to the divisional round of the playoffs.

So here is the hypothesis: Linehan didn’t just fail to get the most out of his quarterback. His innate conservatism and stubbornness actually held his young QB back. Here is one more bit of fuel on that fire.

This is a fact: People above and below Linehan were bothered at how in the face of #Cowboys criticism he both ‘curled up into a protective ball’ AND ‘dug his heels in.’ https://t.co/7ftQm2pehW

Another term that has been used is “bad marriage” between Linehan and Prescott. Clearly, the senior management saw this, and just as clearly, decided they had a legitimate chance of finding a better partner for their franchise field general. There was clearly no rational way to think they could fix things with Linehan on board. In the next year or two, they are going to get a new deal in place with Prescott. Something had to give, and only one thing really could.

The same happened with Elliott with those well-known criticisms of the running game. There is an analytics-based theory that running on first down actually decreases the likelihood of success. To perhaps oversimplify the argument, you should be calling plays that have the best chance of moving the sticks when you have ten yards to go, and those are almost never running ones. That is the exact opposite of what Linehan tried to do.

That does open up the issue of just how much head coach Jason Garrett is wedded to the same idea. But, even though reports have it that the decision to move on was mostly Garrett’s call, it is also absolutely certain that he was getting some strong input from above that changes had to be made. We will have to see how it all plays out this year, but I, for one, will bet that putting a new man in the OC job is just part of what is being demanded of Garrett. He has to show some flexibility, but at least the perception of intransigence that surrounded Linehan is not readily evident with the head coach.

In any case, the running game certainly under-performed in Dallas. That may seem an odd observation given that Zeke was the league’s leading rusher, and has led the NFL in yards per game for his entire career, but consider that the Cowboys were only tenth in rushing overall. With the top ground-gainer on your roster, you should do better. Elliott was really all they had, though. And that is something that can reasonably be laid at Linehan’s feet as well.

It goes beyond just 4 and 21. Cole Beasley has been an impressive weapon with Prescott, and with Tony Romo before him. Yet he often disappeared from games in 2018. There is still a good chance that Beas will seek greener pastures (and paychecks) in free agency, but it was just about a given that he was gone if Linehan had remained. Now, at least, the team may make a serious effort to retain him.

In the big picture, the weapons the Cowboys have were just not utilized well. The next guy to fill the OC job has to do a better job. That leaves Dallas with the task of finding someone who can do that. Having been in the playoffs may have cost them some opportunities as teams that sat out the postseaon have already signed some who might have been targets.

However, the Dallas job has some interesting advantages for whoever that turns out to be. First, the team expects Travis Frederick back, and Connor Williams should be stronger and therefore better after a full offseason conditioning and weight program. That will help both facets of the offense, since both pass protection and run blocking should be improved. And Amari Cooper is now part of the mix and will also have a full year to hone his chemistry with Prescott, while Michael Gallup was clearly on the ascent late in the season.

One odd thing that has emerged from all this is that it is anticipated that Kellen Moore will keep his job as the quarterbacks coach. He was obviously a Linehan guy. Most thought his future was handcuffed to Linehan, but at the moment that is not the case. (It must be mentioned that statements about who is going to keep their jobs are not exactly set in stone, as we saw this past week, and a new OC may want to bring in his own man there.) But it is reasonable to think that Moore got a vote of confidence from Prescott. In any case, at the moment he has not been judged to be part of the problem.

Linehan, of course, was. It should be considered whether he was scapegoated a bit in all this, since the scheme that was used did have Garrett’s fingerprints all over it. But given how things played out with the coaching moves a year ago, any excess blame placed on Linehan may be a case of what goes around, comes around.

The Cowboys have a young roster, and outside of Beasley, that certainly applies to the offensive skill positions. They need an offensive coordinator who can maximize that talent. Last season was pretty clear evidence that Linehan was not getting the job done. With a huge payday in the offing for Prescott, possibly Elliott, and likely Cooper, the team had to come up with a better way forward.

They have a new one, at least.