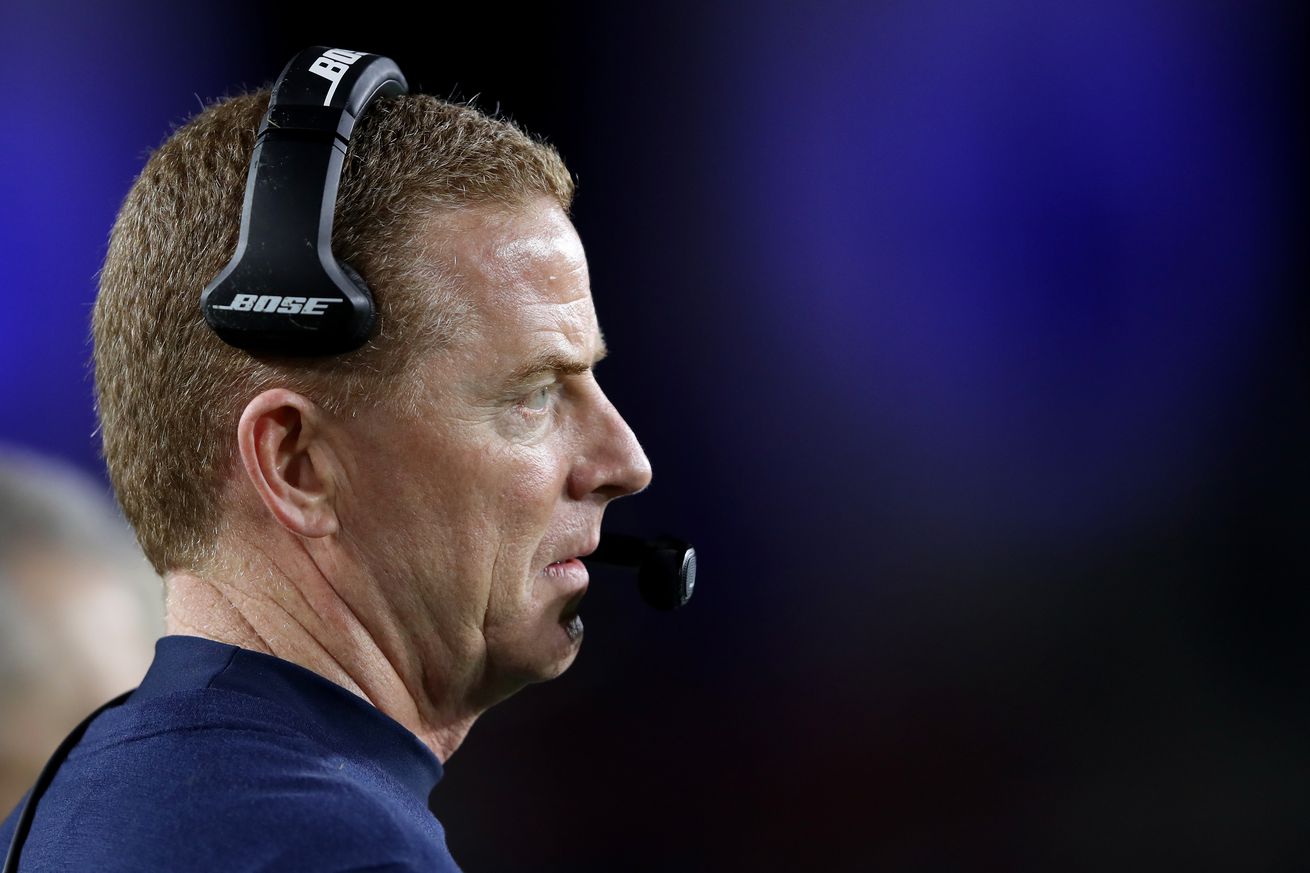 It was a little bit of a roller coaster ride when Jason Garrett was discussing Scott Linehan.

The first week of the offseason hasn’t been the best for Jason Garrett when he’s gone behind a microphone.

Things started off on a weird note Monday morning when he took to the airwaves of 105.3 The Fan and told the world that Scott Linehan would be back, and that he didn’t expect any significant changes to the coaching staff. Hours later, when pressed about his answer earlier in the day, Garrett said that he “didn’t know” what he’d said on the radio. Seriously.

It was a strange sequence for the typically well-polished coach in front of the media. He was clearly in an agitated mood as he even snapped a bit during the same press conference where he played dumb about his Scott Linehan comments.

This is probably the most catty clapback Garrett has ever dropped lol pic.twitter.com/U4dueP8Zcu

This is the Dallas Cowboys so the head coach isn’t the only figure who the media gets an opportunity to interact with on a regular basis. Both Jerry Jones and Stephen Jones had public comments that seemed a little bit more of a “pump-the-brakes” mentality than Garrett as they cited having to evaluate where things stood entering the offseason.

Again, this is Jason Garrett we’re talking about. His robotic nature is one that fans have always had fun with, but that reputation exists for a reason. He’s impenetrable when on the record about his team. He doesn’t slip up ever. Yet four days after saying “I do” when asked if he expected Scott Linehan to be back we now live in a world where Scott Linehan was fired. How did we get here?

Jason Garrett told the media on 2 separate occasions Monday that he didn’t anticipate any significant changes on his coaching staff. To suggest now he & Scott Linehan reached a mutual decision to part is comical.

What’s more is that reports are surfacing that the Code Red was initiated and executed by Red Ball himself. If this was the case what on earth was he talking about on Monday?

A source tells @NBCDFW @NBCDFWSports @BlueStarBlog that Jason Garrett fired Linehan. It was his call – not Jerry Jones. https://t.co/TQESkD8VLm

There is one line of thought that Garrett “had to evaluate” the situation and maybe did so on Tuesday, Wednesday, and Thursday and that’s what ultimately led to his decision to fire Scott Linehan. Was that really necessary, though? Did Jason Garrett have zero idea on Monday that he was going to find something on tape that would change his mind? Was he not watching the entire season along with the rest of us?

It was obvious on Monday morning that a change had to, at the very least, be seriously thought about. Clearly the head coach agrees as he went as far as firing Linehan. Why say he expected Linehan back then? It’s actually a bit unkind to Linehan as it keeps him on a hook of hope a bit. It makes no sense in general especially for someone as calculated as Jason Garrett.

Hopefully next week will be better.