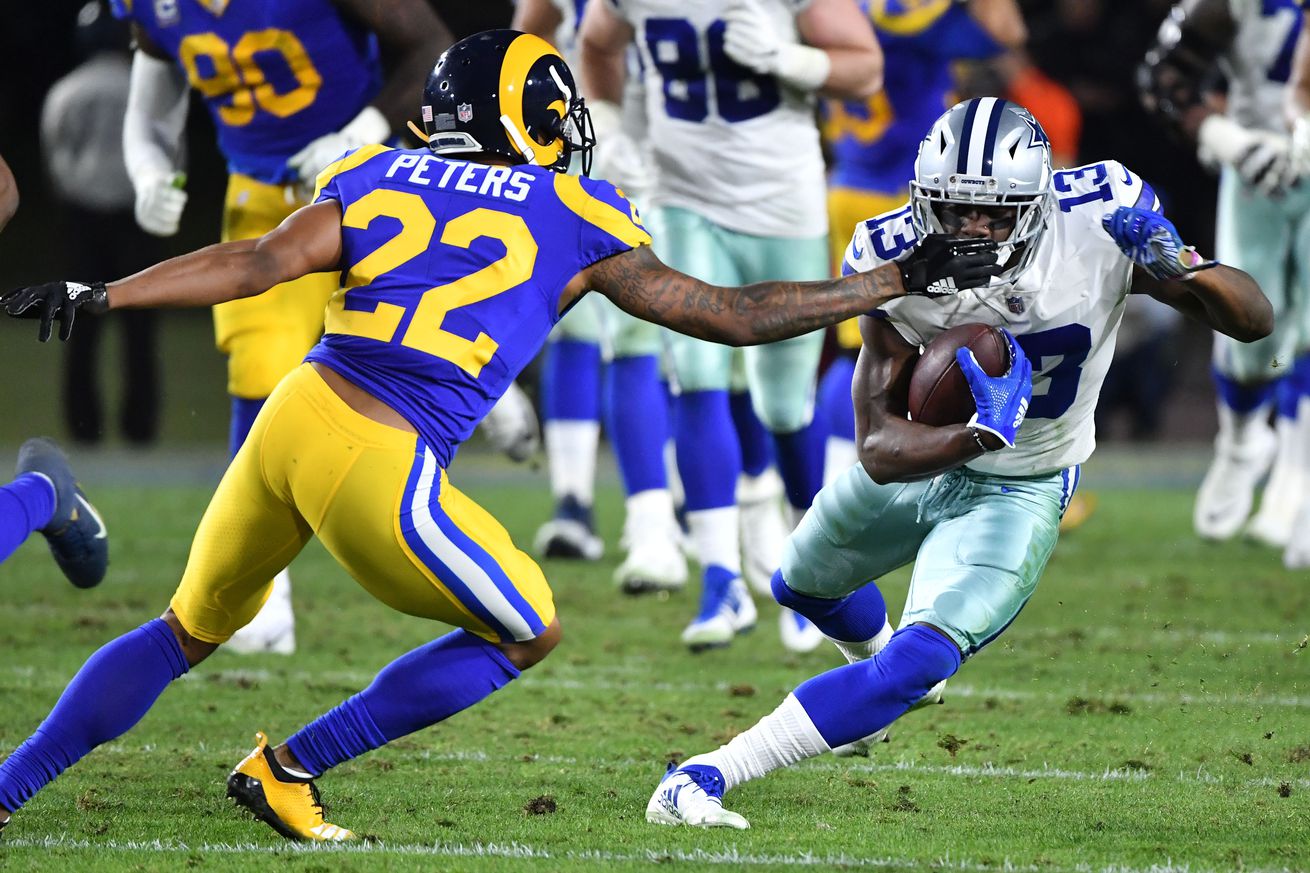 Marcus Peters saw his actions have consequences off of the field, too.

Last Saturday night was the end for the 2018 Dallas Cowboys season thanks to a loss on the road against the Los Angeles Rams. It’s only been one week and we’re all already ready for the offseason to end.

The Rams beat the Cowboys soundly, nobody here will dispute that. What’s equally true though is that one of their players acted with about as low a level of class as you can throughout the game, Los Angeles cornerback Marcus Peters.

Peters got into it with Amari Cooper during the Cowboys first offensive possession. He poked the bear and on the very next play Amari Cooper scored a touchdown. Funny how that works.

WELCOME TO THE DIVISIONAL ROUND AMARI COOPER pic.twitter.com/isSXXTDvnb

Again, the Rams won the game and as the victors the spoils belong to them. After the game though Marcus Peters continued his lack of class with some harsh, and more importantly untrue, words about Cooper.

Hopefully that whole display was worth it to Peters because his actions drew the eyes of the NFL and their all-snatching hand. He was fined $10,026 for his unnecessary roughness penalty. Considering players are only paid $29k for playoff games that means Peters had to fork over about a third of his game check. Ouch.

Barring a trade like last season Peters will be on the Rams in 2019 when the Cowboys host Los Angeles. It sure will be interesting to see how he and Cooper handle each other during that game. If only that game would hurry up now!