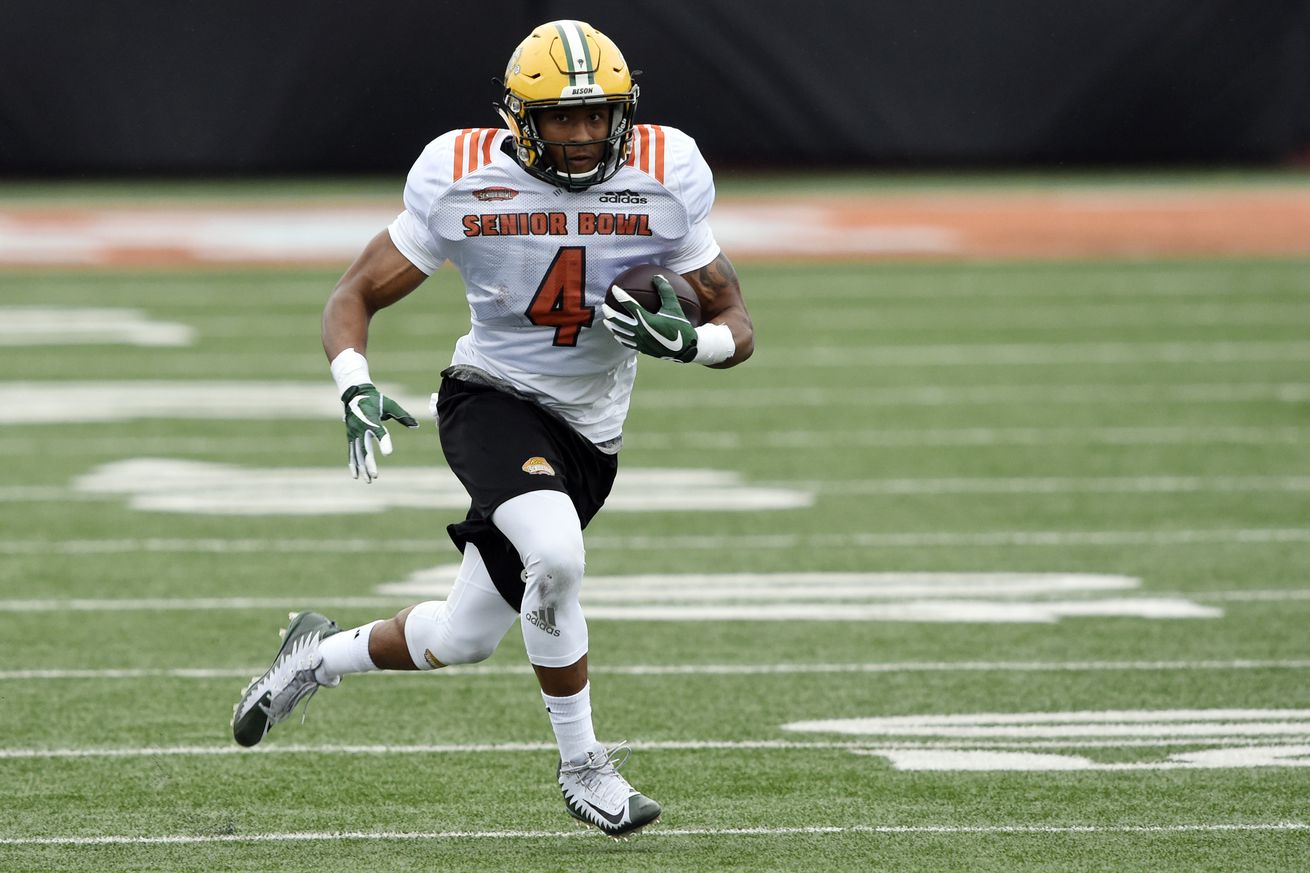 It’s draft season baby, and Blogging The Boys is onsite at the 2019 Reese’s Senior Bowl. We’ll have wall-to-wall coverage of all the potential future Cowboys participating in the event this week.

Anderson’s measurements were 5’ 11, 209-lbs, 9” hands, 32 1/4” arms, and he showed an impressive upper body build with tree-trunk like legs. He has broad shoulders and walks around with a chip on his shoulder. Anderson sat down with us at media day and talked about some of the things he’s looking to prove throughout the week at the Senior Bowl, and throughout this entire draft process. He was born in Germany, entered the week as an under-the-radar guy, but already after one day the buzz is starting to swirl around the former North Dakota State Bison.

In day one of practices, the added bulk did not slow him down and was effective when running the football in run-game drills. Anderson caught the ball well out of the backfield, ran with power and burst both in-between and outside the tackles. In his four years at North Dakota State, Anderson carried the ball 486 times for 2,896 rushing yards, and 24 touchdowns. In the receiving game, he caught the ball 32 times for 448 receiving yards and seven touchdowns.

Besides his offensive production, Anderson also brings tremendous value to special teams. At North Dakota State, he served as both a kick returner and punt returner and had some really big returns in his four years at school. Anderson isn’t going to be a guy that goes inside of the top 100, so that bodes well for the Dallas Cowboys needing a RB more as a depth piece than a walk-in starter.

Bruce Anderson is a guy that can come in, spell Ezekiel Elliott throughout the game for a few carries a game, catch the ball out of the backfield, and even contribute on special teams if need be. Check out what Bruce Anderson had to say when we sat down with him at media day at the 2019 Reese’s Senior Bowl.