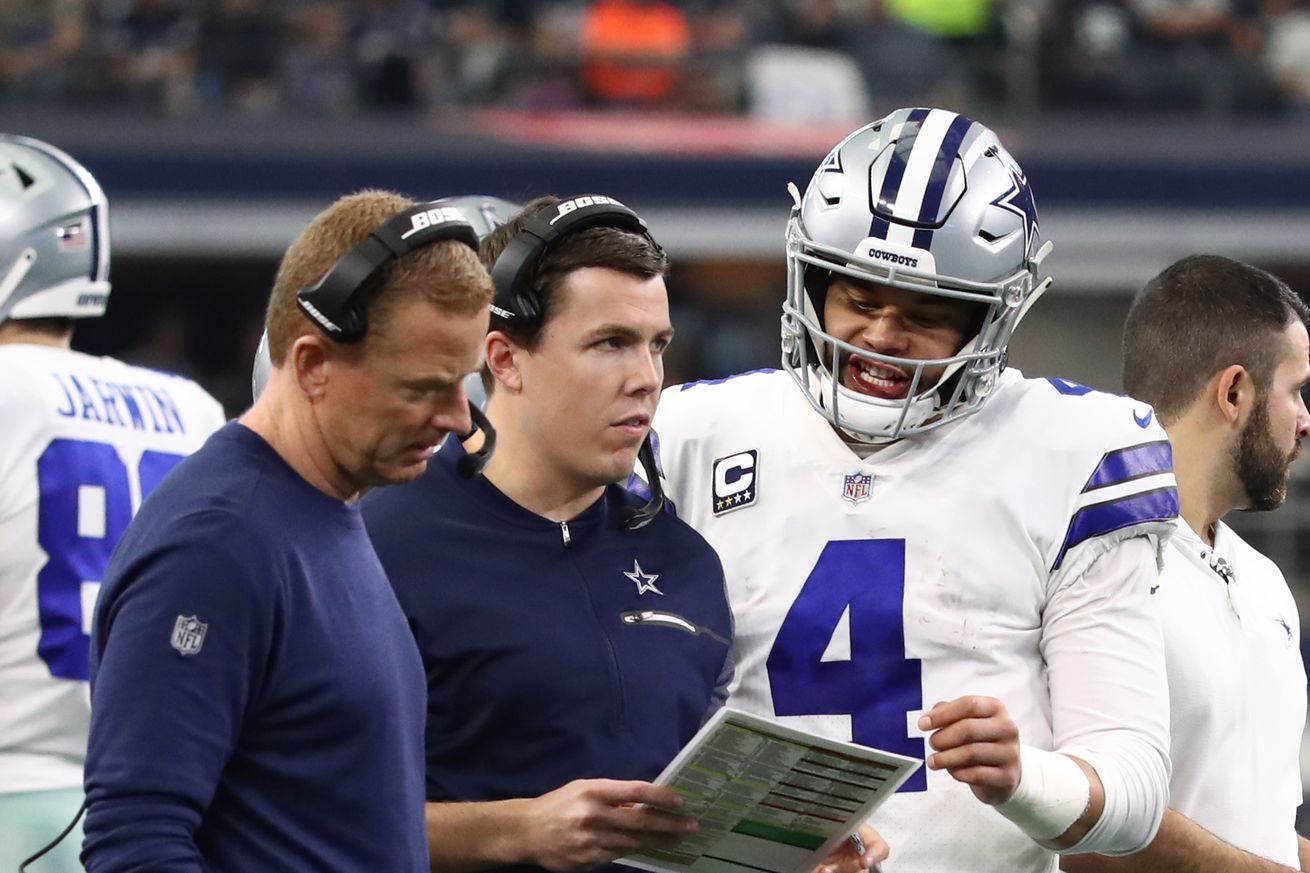 Improving on a 10-6 record is not necessarily an easy thing to do if you look at the historical record of 10-6 teams in the league.

Three years ago, almost to the day, the Cowboys coaching staff was busy coaching the North Team in the lead-up to the Senior Bowl. They had earned this honor by finishing with one of the worst records in the league in 2015 at 4-12, a record that brought with it such accouterments as a top four draft pick, the opportunity to coach the Senior Bowl, and a last-place schedule in 2016.

Three years later, the Cowboys are coaching the Pro Bowl after a 10-6 season in 2018 and have quietly – and largely unnoticed by the Pusillanimous Parade of Pessimism in Dallas – strung together three consecutive winning seasons.

Only five other NFL teams have managed winning records over each of the last three seasons: New England, Kansas City, Pittsburgh, Seattle, and Tennessee, and only three of them managed a better record than the Cowboys’ 32-16 record over that period (NE: 38-10; KC: 34-14; PIT: 33-15).

That type of record obviously raises expectations for 2019, but a 10-6 record is not necessarily an easy thing to repeat, much less improve on, if you look at the historical record of 10-6 teams in the league.

Between the introduction of the salary cap in 1994 (to use a random data point in league history) and 2017, 82 teams finished the season with 10 wins, and there’s some sobering stuff to be gleaned from looking at the historical record of those 10-win teams.

In the parity-driven NFL, last season doesn’t matter. In the NFC East, the 2015 Redskins jumped from last to first in the division, the Cowboys did it in 2016, the Eagles in 2017, but when it was the Giants’ turn in 2018 they stuck with Eli Manning and that was that.

After finishing 10-6, and winning a playoff game to boot, it would be easy to sit back and think that a few changes here or there will be enough to get the Cowboys into the NFC Championship game or beyond in 2019. But that would probably be wrong.

The 2018 Cowboys advanced to the Divisional round of the playoffs. Yippee ki-yay

Dak Prescott went to his second Pro Bowl. Ezekiel Elliott led the league in rushing for the second time. The Cowboys won a playoff game for just the third time since 1996. Royale with cheese, baby.

You know what’s even harder to do than any of those things?

If the 2018 Cowboys had finished 6-10, I promise you that you would not be comfortable with any of the things above. Because when you finished with a winning record (and even won a playoff game), complacency sets in much quicker than when you’re 6-10.

Change for the sake of change is never a good strategy, but sometimes a personnel change can provide new impulses to an organization or a unit that may have gone stale.

The Cowboys are shaking up their coaching staff and responsibilities on offense (even if they are doing it with very little outside input), they’ve shaken things up a bit on the special teams coaching staff, and they may yet surprise us on defense as well.

On the player side, Jerry Jones explained that roster turnover every year is about 30%:

”We have about a 30 percent turnover every year. What is the core? Who is the core? That’s a part of what we’ll be doing.”

That would mean about 20 new faces on the roster for 2019. All of which will be absolutely necessary if the Cowboys want to improve on 2018 this year.