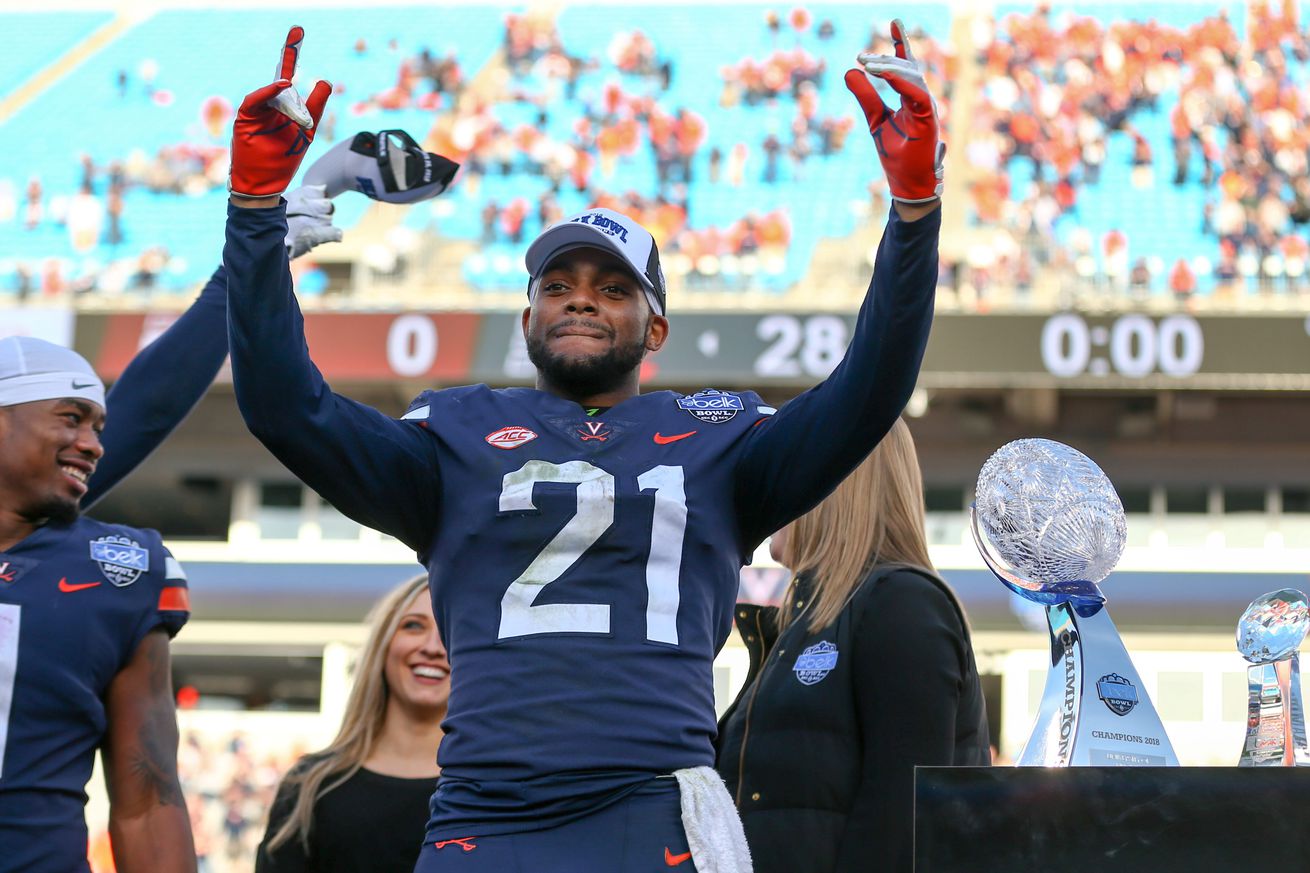 If the Cowboys still want to upgrade the safety position, there’s a great under-the-radar prospect out there

The Dallas defense took a huge step forward in 2018 and became one of the league’s best, and a lot of that had to do with the work of defensive backs coach and passing game coordinator Kris Richard, who brought with him the scheme that he had helped create in Seattle that became known as the Legion of Boom. There, the Seahawks’ defensive success thrived in large part because of their safeties. Earl Thomas was a rangy center-field safety and Kam Chancellor was more of a box safety who would punish any underneath throws or runs.

In 2018, the Cowboys (hopefully) learned that they don’t yet have their dynamic safety tandem. They are halfway there, though. Xavier Woods had a breakout year at the free safety role, and he allowed the sixth-lowest passer rating among all safeties and forced incompletions on 80% of his redzone targets, more than any other safety. He still has room to grow but the Cowboys hope they have found their approximation of ET. Now they just need their Bam Bam Kam.

Jeff Heath is an undervalued special teams player and is a key voice in the locker room, but he just isn’t getting it done as a safety. If the Cowboys do indeed look to the draft for a Heath replacement, Virginia’s Juan Thornhill is a great prospect. Thornhill first saw significant playing time in his sophomore year with the Cavaliers, where he split time between cornerback and safety. But entering his senior season, Thornhill moved to free safety full time.

With that, we’ll segue into the most concerning part about Thornhill, and that’s his fit as a free safety. He has his moments, but Thornhill didn’t show the kind of range in deep coverage the Cowboys look for out of their free safeties. Virginia probably chose Thornhill for that role because of his cornerback experience, but it didn’t produce the kind of stud results they may have been hoping for. Nevertheless, Thornhill had six interceptions in 2018 and 13 total picks in his three years playing there, so he has ball-hawking abilities.

But the good news is that Thornhill flashes the kind of traits that would make him ideal for the strong safety, in-the-box role in Dallas. Thornhill exhibits some terrific football IQ and his fundamentals make up for any deficiencies. When defending the run, Thornhill takes great angles and generally makes sure to square up the ballcarrier, making good form tackles more often than not. Unlike Woods and backup safety Kavon Frazier, Thornhill won’t lay out players with big hits very often, but he does make fundamentally sound tackles.

His coaches must have noticed this because Thornhill saw more work in the box as the season went on, and those were generally where he made his best plays. As a result, Thornhill often went up against tight ends and sometimes slot receivers in man coverage, and his experience as a cornerback kicked in. It’s not his strongest point, but he can hold his own in those situations. In this clip from Senior Bowl practice, Thornhill displayed the kind of tight coverage Dallas likes, even though the deflection was ultimately caught by the tight end:

#Virginia safety Juan Thornhill gets his hand on the ball here covering #UtahState TE Dax Raymond. The big TE doesn’t lose focus and comes down with the TD pic.twitter.com/n5gmExTqfh

Throughout his time at Virginia, Thornhill was lauded for his leadership and for being a student of the game. He regularly studied game tape and worked hard on improving the mental side of the game, and as a result he’s displayed good anticipation of routes when in pass coverage. At times in 2018 for Dallas, Heath would get confused by various route patterns or miss tackles due to the poor angles he took. While Thornhill would certainly come with a learning curve as he adjusts to the speed of the NFL, his academic approach to football in college would help ease that adjustment.

Despite his obvious strengths, Thornhill’s lack of elite athleticism may bring him down some team’s draft boards, which would allow him to fall to Dallas with their second round pick. However, if Thornhill tests well at the combine, he could shoot up draft boards and be taken earlier, putting him out of the Cowboys’ range. Still, if he is available at pick 58, Dallas would be lucky to get the Cavalier. Plus, there’s the obvious puns about being “Out of the Woods and into the Thornhill” that this hypothetical safety duo could spawn.