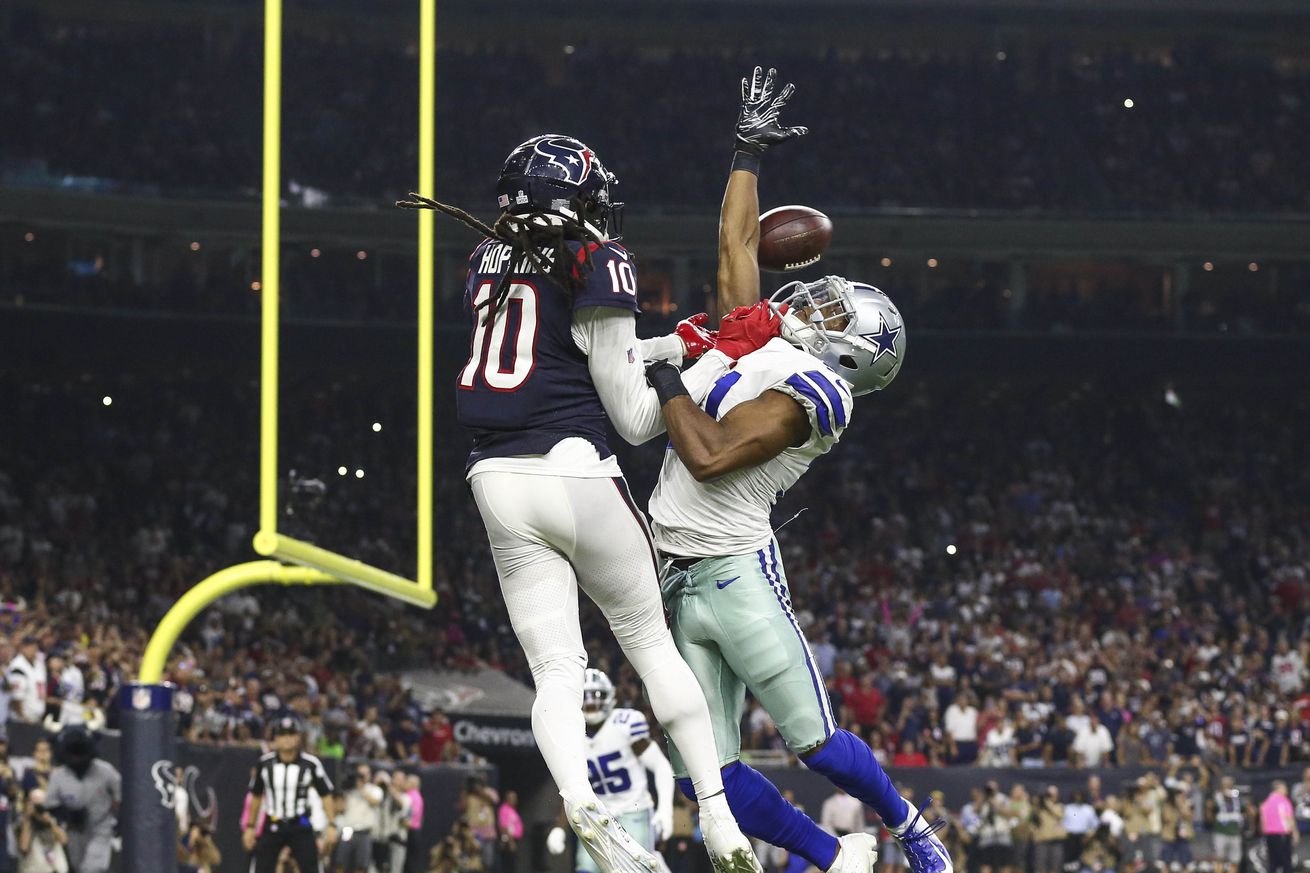 Thanks to Jones’ defense, the Texans were held to a field goal instead of a touchdown on this drive.

Welcome to another episode of Blogging the Boys Film Room! This week we are featuring Cowboys cornerback Byron Jones.

Byron Jones has been with the Cowboys since he was drafted back in 2015. But it wasn’t until this past season when he switched to the cornerback position that we really saw him shine on defense.

Jones’ impressive play against DeAndre Hopkins in Week 5 was just one of several examples of how well he fits in at this position.

It was the third quarter of a tight Week 5 game against the Houston Texans. After the Dallas Cowboys turned the ball over in their own territory, the Texans had first and goal from the 4-yard line.

Down by a field goal and in position to take the lead, the Texans decided to take a shot at the end zone. Naturally, they went to their best player, DeAndre Hopkins. Fortunately the Cowboys have their best cornerback, Byron Jones, lined up against him.

Jones lunges at first. Not a good start as he gets off balance and allows Hopkins to release freely into the end zone. Jones however stays focused. He ran and caught up to Hopkins as the receiver turned to attempt the catch. If Jones also turned to play the ball, the much larger Hopkins would have out jumped him. Instead, Jones stayed focused on Hopkins, and through his right arm through the receivers hands, preventing him from making the catch.

The Texans ran the ball on second down and threw another incompletion on third down. The Texans ended up settling for a field goal on the drive despite starting with incredible field position.