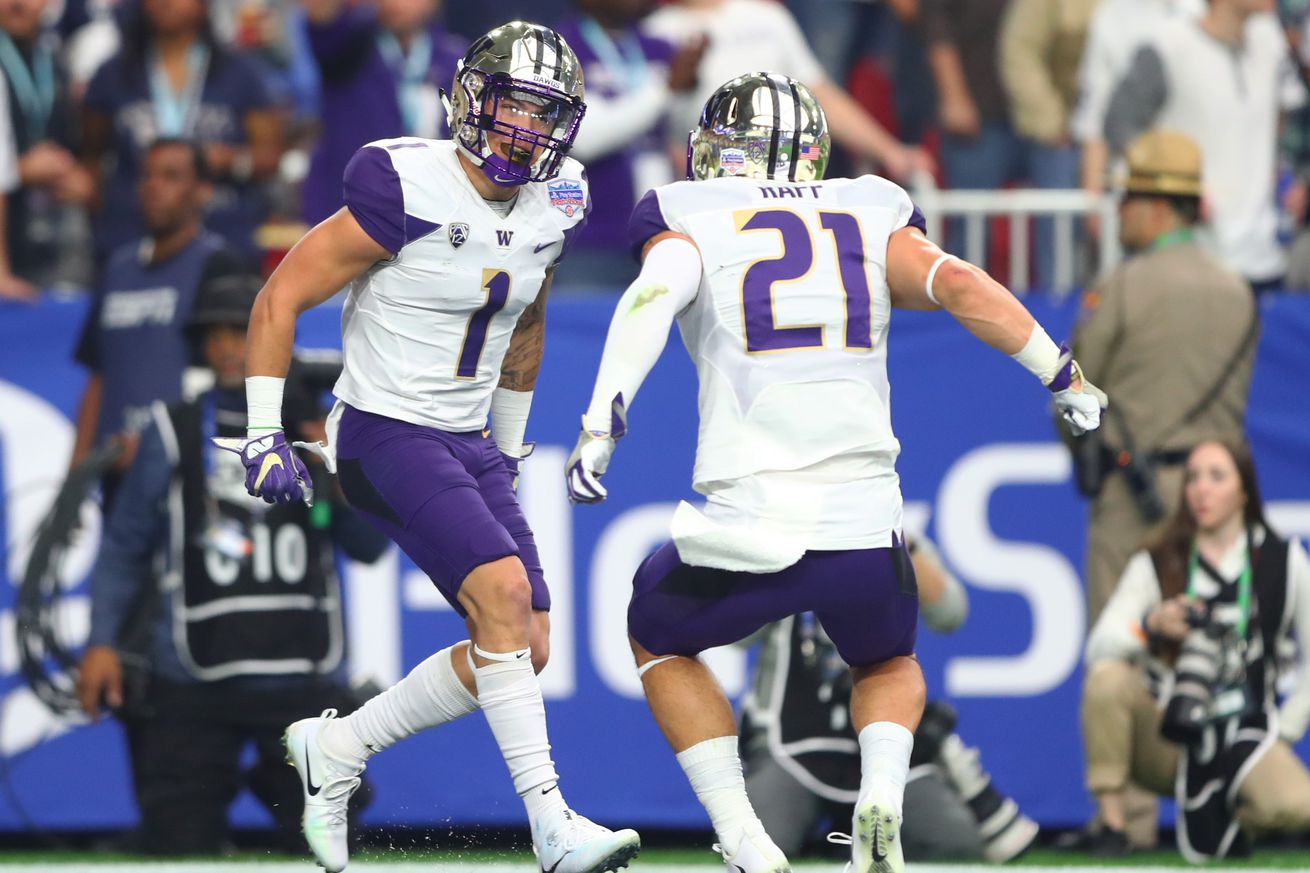 If the Cowboys want an upgrade at safety, the Husky could be their guy.

One of the Cowboys’ biggest needs this offseason is finding a safety who can play opposite of Xavier Woods. Luckily for Dallas, there are several talented safety prospects that could potentially be available when the Cowboys make their first pick at 58. Last week I talked about Virginia’s Juan Thornhill, and today it’s Washington’s Taylor Rapp.

Rapp has spent the last three seasons as a key cog in Chris Petersen’s dominant defense. He started 10 games as a true freshman and won Pac 12 Freshman Defensive Player of the Year. In his sophomore season, Rapp was named to the All-Pac 12 first team and he became a first team All-American prior to his junior year. That big label inevitably led to his statistics underwhelming some, which may cause Rapp to fall to the Cowboys.

That shouldn’t deter anyone from thinking that Rapp is anything other than a physical defender with a football IQ better than most. In games where Rapp is asked to play the run, he diagnoses things very quickly and breaks on the ballcarrier, almost always taking sound angles when initiating contact. One aspect that Rapp excels in is detecting misdirection plays, which was something that Cowboys safety Jeff Heath – and others, for that matter – was routinely confused by when playing the Rams.

Unlike Thornhill, Rapp is a very physically aggressive safety who seeks out the contact and backs up that enthusiasm with great leverage when taking on blocks. In the open field, Rapp usually opts for the safer wrap up tackles, but when there’s other defenders nearby, he’ll lay out some big hits. In previous years, Rapp did a tremendous job of using those big hits to knock the ball loose.

Similar to Thornhill, though, Rapp doesn’t possess otherworldly speed or athleticism that would make him a viable option at free safety in a single high concept. Rapp has good explosiveness which makes him very effective in shallow zone coverage and in man coverage on tight ends and smaller slot receivers. Rapp has shown the ability to, on occasion, take on those deep safety responsibilities, but relying on him in that role for a full game is not wise.

As such, Rapp would work well with Woods in the backfield. Rod Marinelli and Kris Richard liked using Woods as an occasional blitzer this year, and Woods saw a lot more man coverage inside the redzone as well. In those situations, Rapp could function well as the deep safety while Woods slides into the box, but Woods would primarily be the single high safety regardless.

Rapp has a lot of great traits that fit the mold of an ideal box safety, especially in Dallas’ scheme. His biggest weakness is the speed and burst, but that might not be enough to deter teams from taking him higher than 58.