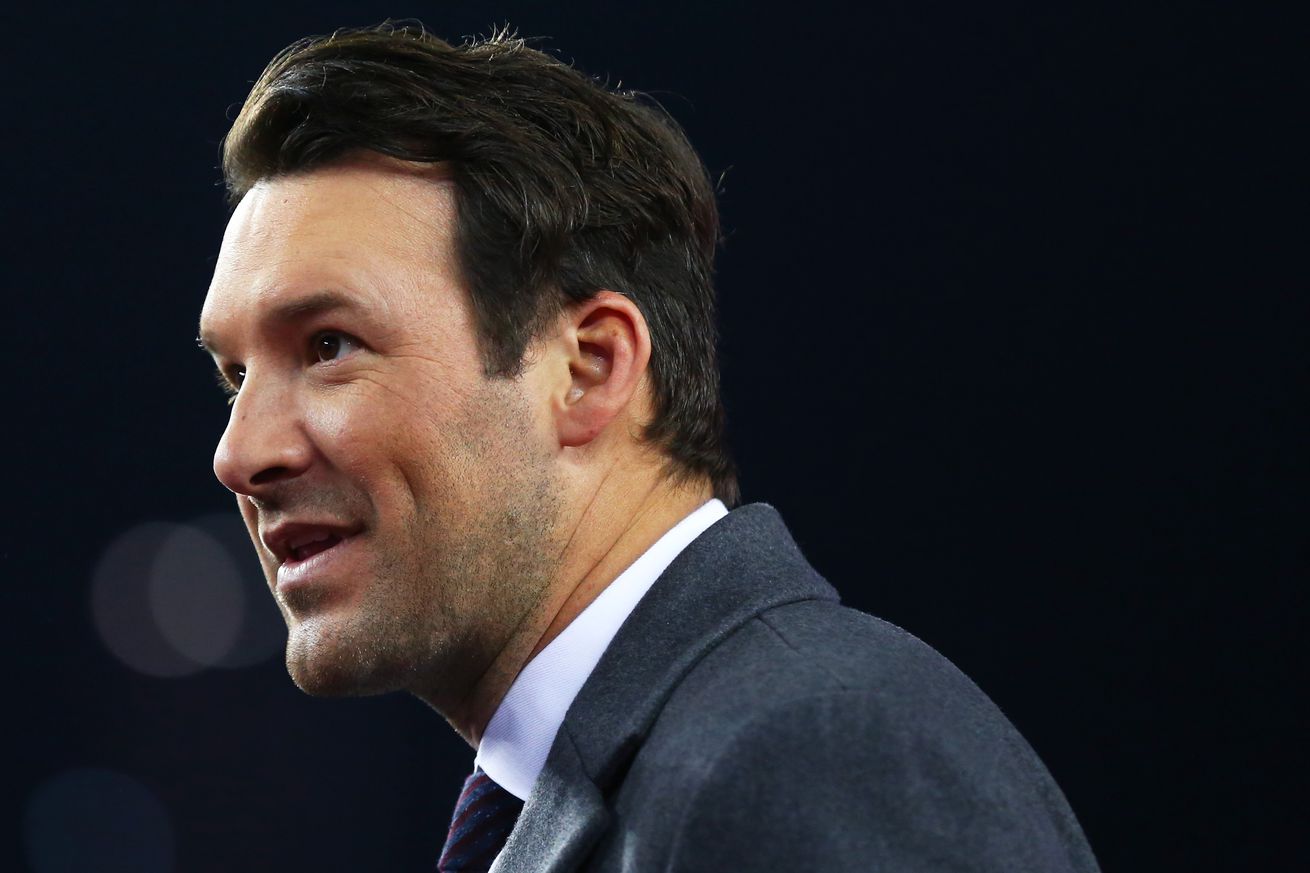 Plus, are the Cowboys destined to regress in 2019?

Tony Romo talks about Kellen Moore as OC – @DavidMooreDMN
Even though it’s still technically not official, all signs point to Kellen Moore being the Cowboys’ new offensive coordinator. And with such little information on which to judge the hire, opinions have come in from just about everyone. Tony Romo, who was backed up by Moore for two years, added his opinion on Tuesday.

Tony Romo on Kellen Moore as likely OC: “I honestly don’t know how it will play out. I think it will be interesting to see what they morph into. In a lot of ways, I think they’ll probably stay pretty similar because the HC is there & it’s still probably going to be his verbiage.”

Gil Brandt: Cowboys would be making ‘great move’ by naming Kellen Moore offensive coordinator – Staff, SportsDay
While Tony Romo doesn’t seem to have too much of an opinion on the idea of Kellen Moore becoming the offensive coordinator, another former Cowboy great does. Gil Brandt, who served as the Cowboys’ Vice President of Player Personnel in the Tom Landry era, spoke highly of Moore’s potential in a recent interview on 103.3 ESPN.

“Kellen Moore is an interesting study. He’s a guy from a small town in Washington, and his father was a coach, and he wanted to play and Washington State didn’t want any part of him, and Boise State took him. And … he won 51 games at Boise State.

“Every place he goes and everybody you talk to talk about how smart he is, how innovative and creative he is. There is a question that always happens – how … does it carry over as a play-caller? I think a play-caller is so important today because you can be smart as all heck, but if you don’t call the right plays, it doesn’t work. … I think it’s a great move if that’s the move that he’s going to be the offensive coordinator. I wouldn’t be surprised if Garrett’s not the play-caller.”

ESPN says Cowboys over-performed in 2018 and could be headed for a course correction – Dave Halprin, Blogging the Boys
The 2018 Cowboys were somewhat of a storybook team with the way they limped out to a 3-5 start and then finished 10-6 and reached the divisional round of the playoffs. But this has led ESPN to suggest that the storybook year was an over-achievement and that the 2019 Cowboys will likely take a step back.

You might already be guessing that Dallas won an inordinate amount of close games in 2018. If so, you’d be right. According to ESPN, Dallas was 8-2 in games decided by seven points or less. In an article attempting to project the Vegas line of wins for 2018 (which is 8.5 in the article), they point out the fact that the “winning close games” theory just might get Dallas in 2019.

The Cowboys faced a situation like this in recent history. In 2016 they went 13-3 with a 7-2 record in close games. The following year they went 9-7. Sure, there were some extenuating circumstances that year with Ezekiel Elliott’s suspension, but it does serve as an example of what can happen.

There is plenty to be optimistic about with the young and talented Cowboys who seem to be on the rise, but they’ll need to work overtime to beat historical trends for 2019.

DeMarcus Lawrence’s agent posts tweet – @davidcanter
DeMarcus Lawrence has solidified himself as one of the top pass rushers in the NFL the last two years and is in line for a very big pay day, most likely from the Cowboys. And while now is the time for the front office to meeting with the Tank, his agent tweeted out something interesting on Tuesday.

Dear NFL players,
Free agency is less than 35 days away. You’ve waited 4 years or more to see what the market bears and have assumed all the risk up until now. Why sign an extension now? The offer won’t disappear in the next month!

Holdouts possible for Cowboys’ Ezekiel Elliott, DeMarcus Lawrence, report says – Thomas Lott, Sporting News
As mentioned, Lawrence is about to get a really big contract from some NFL team, and based on what the Cowboys brass has said all year, it seems likely he’ll stay put. However, a new report suggests that not only Lawrence but also Ezekiel Elliott (whose contract isn’t up until after the 2019 season) could look to hold out for a new deal.

Lawrence would be due $20.5 million on a second franchise year next season, but according to the Star-Telegram, he has no intention of playing under the tag in 2019.

As for Elliott, he is due $3.85 million next season and has a fifth-year option which could be picked up after 2019.

However, due to his high usage rate over his first three NFL seasons, Elliott has a desire to get his money now rather than wait until he wears down.

Elliott has won the NFL’s rushing title in two of his first three seasons.

Every NFL Team’s Best Candidate to Break Out Next Season – Gary Davenport, Bleacher Report
David Halprin took a shot at predicting breakout players for the Cowboys yesterday, his pick of Michael Gallup as one is backed up by a Bleacher Report pick.

When the Dallas Cowboys drafted Michael Gallup, the team’s receiving corps was one huge question mark. The Cowboys filled their need for a No. 1 wideout with their in-season addition of Amari Cooper, but Gallup was relatively quiet as a rookie—33 catches for 507 yards and a pair of touchdowns.

The former Colorado State standout got quite a bit louder in Dallas’ last game of the campaign, though.

In the Cowboys’ loss to the Los Angeles Rams in the divisional round, Gallup hauled in six passes for 119 yards. No rookie receiver for the Cowboys has ever had more in a postseason game.

Dallas Cowboys LB Jaylon Smith named PFF’s Breakout Player of the Year – Ben Cooper, Pro Football Focus
Jaylon Smith represents an impressive story of overcoming adversity and recovering from a potentially career-ending injury to become one of the best young linebackers in the NFL. And after his terrific 2018 season, Smith was named the breakout player of the year by Pro Football Focus.

After wrapping up the 2018 regular season with playoffs looming, Smith has developed into one of the league’s most dominant all-around inside linebackers in just his second year. Alongside rookie sensation Leighton Vander Esch, Smith’s pass-rush prowess as an inside linebacker was unparalleled.

Among off-ball linebackers with 50 or more pass-rush snaps, his 27.8 win percentage as a pass rusher ranked first, and his 22% pressure rate on those snaps was tied for eighth. While inside linebackers are generally expected to patrol the middle of the field in coverage and against the run, Smith’s well-rounded skill set proved to be an asset for the Cowboys’ defense as it helped provide a late push to win the NFC East.

Smith vastly improved his run defense from a season ago. When lined up in an off-ball linebacker position in 2017, he averaged first contact on runners only after they had gained nearly 2.6 yards. In 2018, he shrunk that number all the way down to just one yard before he made first contact, stifling opposing running backs before they had time to break away.