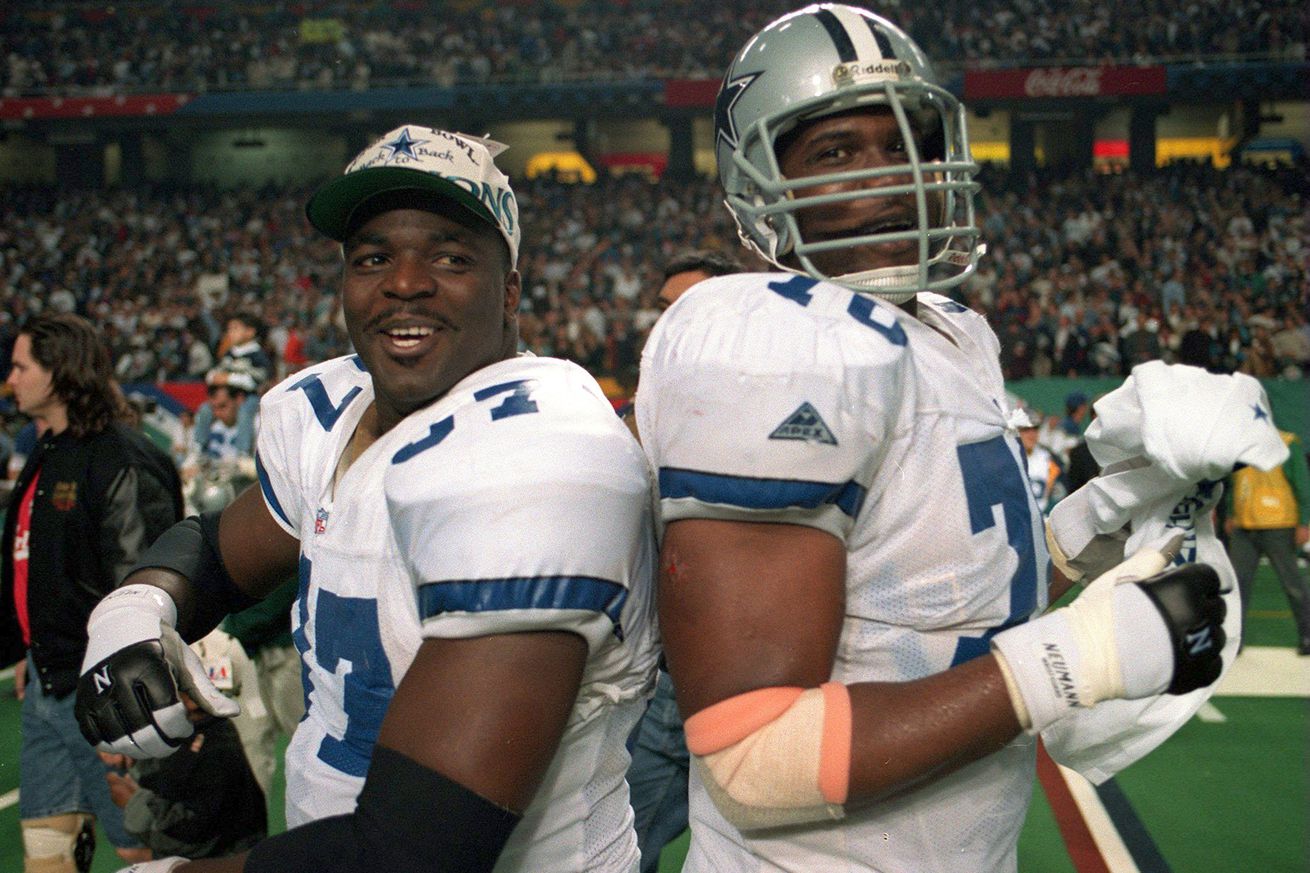 With the Super Bowl back in Atlanta, we take a trip down memory lane.

The Super Bowl is back in Atlanta, GA. 25 years ago on this date, the Super Bowl was also in Atlanta, and the Dallas Cowboys were playing in it. This was a team coming off a Super Bowl win the previous year and were looking to become back-to-back champions. Jimmy Johnson was the leader of the band, guiding the Cowboys to a 30-13 win over the Buffalo Bills and that back-to-back dream was realized.

At the time, it seemed like nothing could stop the Cowboys. They were dominant in the regular-season, dominant in the post-season, and dominant in Super Bowls. The roster was young, talented and bonded to a dream of being a dynasty. Then, it all fell apart. Not right away, but the Jimmy Johnson/Jerry Jones divorce was the beginning of the end.

On the anniversary of that 1994 Super Bowl win and with the Super Bowl back in Atlanta, Todd Archer takes a deep dive into that team and the history around them. It is well worth a read. We’ll borrow a few paragraphs as a tease.

“The swagger about our football team, it was like there was no doubt we were going to the Super Bowl,” Ring of Honor safety Darren Woodson said. “We had confidence. We played with swagger. Jimmy did a great job neutralizing the personalities, making sure we worked, got things done.

“I was young, only 23 or 24, but we were gym rats, man. We didn’t leave. We use to have pingpong tournaments until 7, 8 at night in between watching film. That’s the culture that it was. That was the culture Jimmy bred. Valley Ranch was home. All of us guys, we did things together. We were a family. We hung out. Anything went.

“Of all my years, the ’93 team, that was the best team that we would have. We were a true family.”

But it wasn’t all smooth sailing that year. The Cowboys started the year 0-2 when Emmitt Smith held out. That didn’t sit well in the locker room.

“Not having Emmitt was creating a lot of angst in the locker room, especially with management, with Jerry and myself,” executive vice president Stephen Jones remembered.

Defensive end Charles Haley did more than voice his displeasure. He threw his helmet into the wall in the direction of Jerry Jones after the Buffalo loss.

“Man, that helmet hit the wall so loud, everything stopped,” Woodson said. “And that was it. He got signed a couple of days later.”

The size of Smith’s contract is laughable in today’s money (four-years, $13.6 million), but it made him the highest-paid running back in the league, and in league history at the time. How times have changed.

This was also the season when Jimmy Johnson promised the Cowboys would beat the San Francisco 49ers in the conference championship game and that you could print that guarantee in 3-inch headlines. The Cowboys did win that game and were on the way to Atlanta, a city that has certain pitfalls for pro athletes.

“That second Super Bowl, that was the funnest,” six-time Pro Bowl guard Nate Newton said. “Because Atlanta, baby. You got to be careful where you go in that city. If you’re unfocused, you can lose your way there. But that was big fun there, man.”

After the win, the thoughts turned to a three-peat. That was not to be because of the Johnson/Jones divorce. Dallas would get another Super Bowl after missing out on a three-peat. Since then, we’ve all been waiting.

There’s a lot more detail in Archer’s article, give it a read.