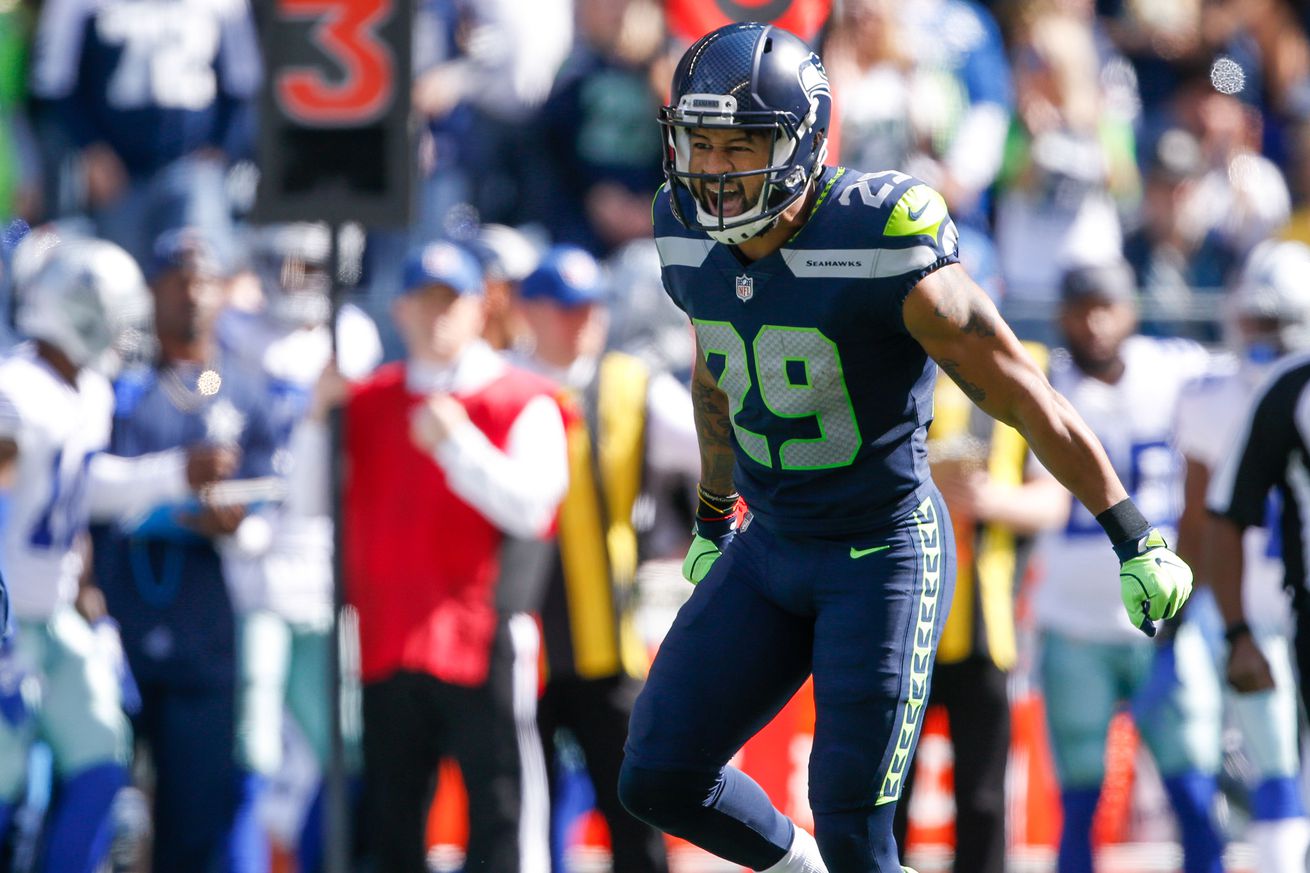 The Cowboys may try to bolster the safety position in free agency. Who could they target?

Now that the Cowboys have begun their offseason and, for all intents and purposes, finished reconstructing their coaching staff, the team shifts its focus to free agency and the draft. While Dallas will certainly look to keep several of their own free agents, there are other players they could look to sign, and this series will focus on potential free agent targets at each position of need for the Cowboys. Today’s focus is on the need at safety.

Let’s go ahead and get this one out of the way first. The Cowboys almost traded for ET a couple times last year, but Seattle reportedly asked for too much in return. Thomas, a lifelong Cowboys fan, went on to pick off Dak Prescott twice in Week 3 and take a bow in front of the Dallas bench. The next week, he fractured his left leg and was placed on the injured reserve.

Now, Thomas enters free agency and seems unlikely to return to Seattle. Back when Dallas was engaged in trade talks, they were unsure of Xavier Woods’ ability to play the center field kind of role Thomas did in Seattle for so long, but Woods used the 2018 season to prove himself. Still, adding a guy like Thomas would give Dallas a lot of versatility with their safeties, as Woods has good experience in the box, having switched out with Jeff Heath often this year.

The biggest question with Thomas would be about his value. Thomas has carried a cap hit of $10 million or more for the last three years, so he might ask for more money than Dallas is willing to offer. There’s also the issue that ET will turn 30 before training camp begins and he’s coming off his second season-ending leg injury in three years. There are certainly younger options out there.

Cowboys fans are certainly familiar with Landon Collins, as he’s been with the rival Giants the last four years. At six feet and 222 pounds, Collins fits the bill of a box safety with the coverage skills to also contribute as a free safety, giving the Cowboys versatility on the back end with Woods.

Collins brings many of the same traits as Thomas, and he played at Alabama so his connection to Nick Saban probably makes him even more appealing to Jason Garrett. But Collins has one downside as a free agent prospect. Just coming off of his rookie contract, Collins will be looking for a big contract, and he’ll certainly get offers from other teams. Dallas may not be looking for a bidding war after the big contract they’ll give DeMarcus Lawrence. Add to it that Collins has been put on the injured reserve the last two years in a row, and his durability may be called into question.

Kenny Vaccaro is a player the Cowboys have expressed interest in before. In the 2013 draft, Dallas was reportedly targeting the Longhorn, but when Vaccaro got picked up by New Orleans the Cowboys traded back and selected Travis Frederick. And this past offseason when Vaccaro entered free agency, Dallas was rumored to be interested in signing him before opting to stick with Woods and Heath.

Maybe the third time can be the charm. Coming out of college, Vaccaro was considered an ideal strong safety type. His first three years with the Saints showed that, and in 2015 Vaccaro’s 104 tackles was second best on the team. But over the next two years, nagging injuries limited him to just 23 games total and his production dropped as a result. He joined the Titans during the regular season but will be back on the market this offseason. It should be noted that his best year came after New Orleans switched to a 4-3 scheme that used Vaccaro more as a traditional box safety, and he would fill a very similar role in Dallas. The biggest question with him would revolve around health.

HaHa Clinton-Dix is more than just a funny name, he’s a highly underrated safety. Clinton-Dix possesses rare playmaking abilities, and has notched 14 interceptions in his five years in the NFL. More than that, Clinton-Dix has never missed a game, and started 74 of the 80 games he’s played in. As they say, availability is the best ability.

While Clinton-Dix has traditionally played a free safety role in Green Bay and Washington, he’s exhibited the traits that Dallas wants in a strong safety too, and is willing to go up and make tackles. He had over 100 tackles each of his first two years in Green Bay, and had 93 in 2018 while playing for two different teams. It came as a surprise when the Packers traded him away as many think highly of Clinton-Dix. Much like Thomas, Clinton-Dix would give Dallas a coverage ace who’s unafraid of playing in the box. However, at just 26-years-old, Clinton-Dix might be too costly for the Cowboys.

DeShawn Shead may be the most realistic free agent safety for the Cowboys, not counting any camp bodies that Dallas will inevitably sign. Undrafted out of Portland State, Shead spent the first six years of his career in Seattle under Kris Richard, and he was cut only after Richard left the team. He had a short and minimal stint with Detroit in 2018, but is a free agent again.

In Seattle, Shead was initially brought in as a backup safety but later moved to cornerback out of necessity. He was never the best in deep coverage situations, but Shead’s size (6’2” and 212 lbs) gave him advantages over smaller receivers. Shead thrived the most in run defense, though, and he used his big frame and strength to carve out a productive tackling role. Shead seems intent on staying at corner, but for a reunion with his former position coach he may be willing to play in the box as a safety. It would certainly fit his skill set, and his familiarity with Richard’s tendencies is a big plus.