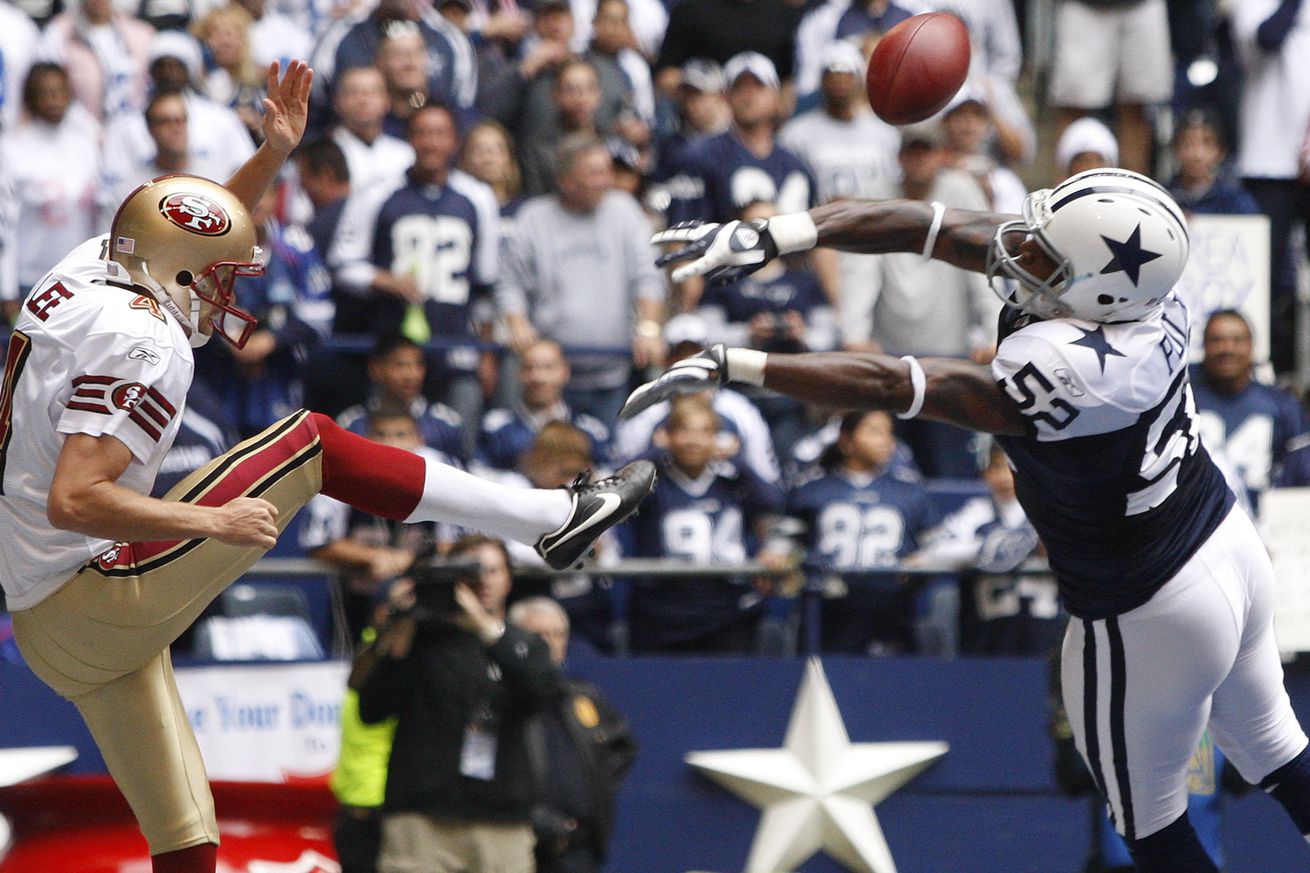 It won’t garner as much attention as the news about Kellen Moore, Jon Kitna, or Jason Garrett’s lack of a contract extension, but on Friday Dallas hired Carlos Polk as their new assistant special teams coach. Polk replaces Doug Colman who was let go after one year.

Special teams was a source of much dread for the Cowboys in 2018, as the unit took a huge step back under first year special teams coordinator Keith O’Quinn. In 2017 under Rich Bisaccia, Dallas ranked seventh in special teams DVOA, but this past season they regressed to 23rd in the NFL in DVOA. Brett Maher had some ups and downs and went through a bit of a slump after a hot start, but his powerful leg at least offers some juicy potential down the road.

Punter Chris Jones, one of the league’s more consistent punters the last few years, took a big step back though. His punt yards and net punt yards ranked in the bottom quarter of the league. But the worst aspect for Dallas’ special teams was their coverage on kickoffs and punts. Only one team allowed more average yards on kick returns than the Cowboys, and their punt coverage left a lot to be desired as well. That should change under Polk.

Prior to the 2004 season, San Diego brought in Wade Phillips as their new defensive coordinator. Unfortunately, Polk would have nagging shoulder injuries that year that kept him out of all but one game. In 2005, he tore his Achilles in the offseason and missed the whole year. He spent two more years in San Diego and spent time filling in for injured starters on defense as well as contributing on special teams. During this time, Polk also became a leader in the locker room, which led to him being named the team’s Ed Block Courage Award recipient in 2006 and sharing the team’s Most Inspirational Player Award with Philip Rivers in 2007.

It was no surprise, then, that Polk was signed to the Cowboys during the 2008 season to help on special teams, reuniting him with Phillips. In fact, Polk even blocked a punt in a win over San Francisco that year (pictured above). After the season ended, Polk retired and became the assistant special teams coach for the 2010 Chargers. For the first year, Polk was working under Steve Crosby, one of the most accomplished special teams coordinators of the late 90’s and early 2000’s.

When Crosby retired after the 2010 season, the Chargers hired Bisaccia as their new coordinator, and he kept Polk on as his assistant. The next year, San Diego’s special teams unit ranked eighth in special teams DVOA and were led by kicker Nick Novak and punter Mike Scifres, two of the best at their position that year. But Chargers head coach Norv Turner was fired and Bisaccia and Polk were not retained by the new head coach.

Polk then served as a coaching intern in Dallas for the 2013 season, which reunited him with Bisaccia and also introduced him to Monte Kiffin and Rod Marinelli. Prior to the 2014 season, Polk was hired to the Tampa Bay Buccaneers as their assistant special teams coach after Lovie Smith, a good friend of Bisaccia, Kiffin, and Marinelli, became the head coach.

In Tampa Bay, Polk worked under first time special teams coordinator Kevin O’Dea, who had been a rising star in the special teams world after serving as an assistant for two of the greatest special teams coaches in the NFL, Mike Westhoff and Dave Toub. After two years, though, O’Dea was fired and Nate Kaczor replaced him while retaining Polk. Those two ran the Buccaneers’ special teams through this past season, but new head coach Bruce Arians opted to bring in his own guys.

During Polk’s time in Tampa Bay, the special teams unit was plagued by poor kicking and punting that realistically began under the previous regime when a MRSA outbreak infected their kicker and forced him into a retirement with no succession plan in place. After O’Dea was fired, Tampa Bay tried to solve this by drafting Roberto Aguayo, but that plan quickly went up in flames. Still, under Polk’s watch the Buccaneers consistently had some of the league’s best coverage units until this past year; although Football Outsiders does note that Tampa Bay ranked 25th in hidden points on special teams, indicating that their unit was regularly at a huge disadvantage due to uncontrollable factors like opposing field goals, kickoff distance, and punt distance.

That should be good news for the Cowboys. As a player, Polk was a special teams ace and a leader in the locker room. He cut his teeth as a coach under Bisaccia, who the Cowboys clearly missed in 2018. For what it’s worth, O’Quinn also got his start as a special teams coach under Bisaccia, so this special teams staff is now featuring two Bisaccia disciples. And if it’s true that Polk will be largely overseeing the kick and punt coverage units, that could bode well for Dallas given Polk’s experience in Tampa Bay and San Diego.