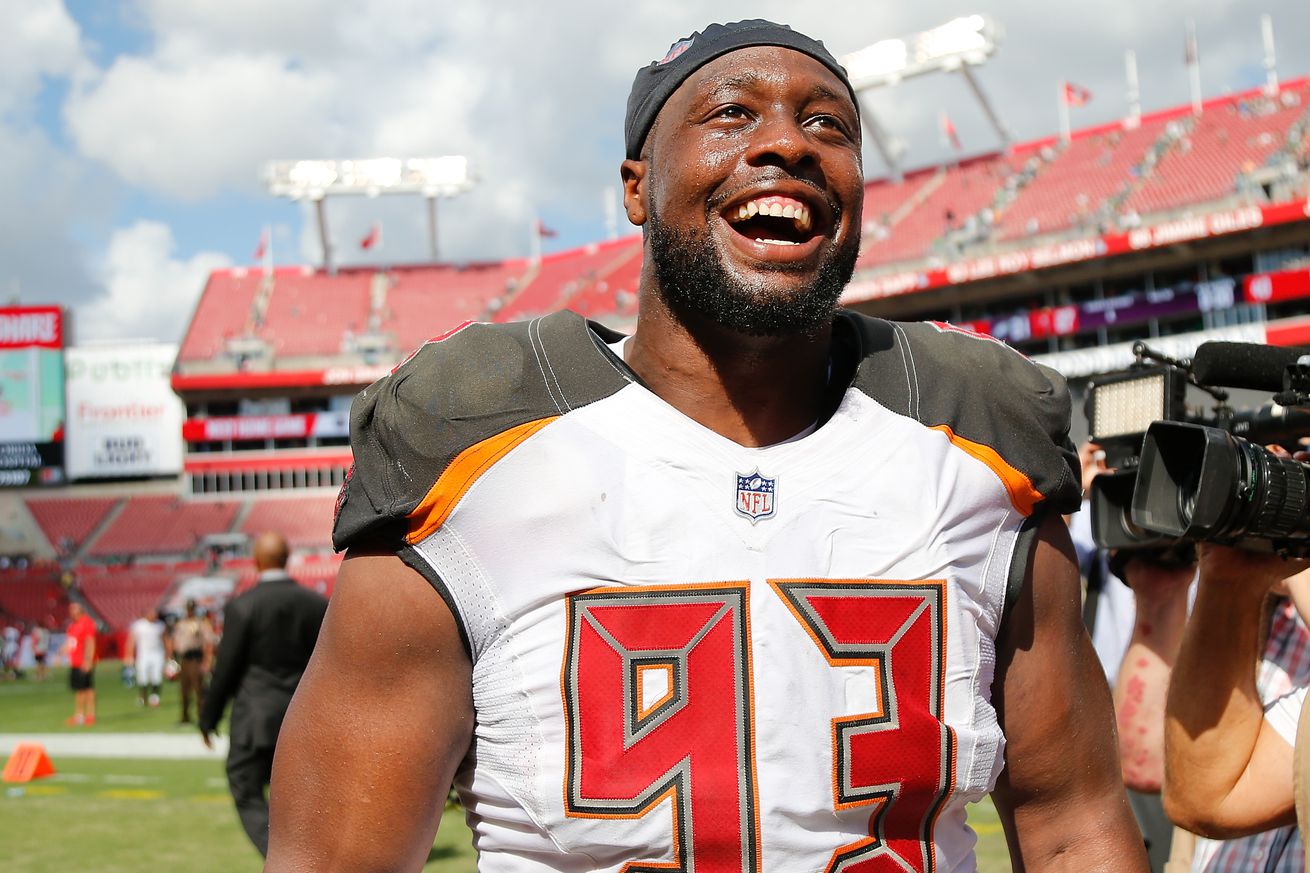 The Cowboys will likely need to replace David Irving, and there are some quality free agents they could target.

It’s funny how much can change in a year. This time last year, one of the Cowboys’ biggest needs was finding a 1-technique defensive tackle who could consistently hold that role for them. The rest of the defensive line was pretty much set, as DeMarcus Lawrence was coming off a monster year and David Irving, despite getting another suspension, was still the premier 3-technique in Dallas.

Now it’s February 2019, and the only thing that’s stayed the same is the dominance of Lawrence. Antwaun Woods established himself as the Cowboys’ long-awaited 1-technique with an impressive story, and Irving has seemingly become too much of a headache to deal with. His contract is up and the Cowboys likely won’t even offer him anything. So now that means they’re on the hunt for a new 3-technique defensive tackle to pair with Maliek Collins, which is a vital part of this defense. I wouldn’t be surprised to see Dallas target someone in the draft, given how deep this defensive tackle class is, but there are five intriguing options that are about to hit the market as well.

Henry Anderson is an intriguing player who could offer versatility between the two defensive tackle spots. He’s been productive in his four year pro career despite being misused for the first three years, playing with the Colts. There, Anderson played in a 3-4 scheme that asked him to function more as a run stopping space-eater. He did well, notching 65 tackles, nine tackles for loss, 16 QB hits, and three sacks in the mere 29 games he played in.

Prior to the 2018 season, Anderson was traded to the Jets, where his pass rushing skills were utilized much more effectively. Playing in all 16 games for the first time in his career, Anderson tallied seven sacks to go along with 35 tackles and 16 QB hits. Anderson’s skills in rushing the passer were on full display when he played at Stanford too, where he recorded 17 career sacks in three seasons.

If he came to Dallas, it would be the first time he’s played in a 4-3 defense, which might deter either him or the Cowboys from any interest. However, Anderson has shown he has the ideal skills to succeed in the scheme Dallas uses in the trenches, and his experience in a 3-4 makes him an effective option at the 1-technique role in passing downs. At 6’6” and 300 pounds, Anderson has great size that could even allow him to play some defensive end.

Adolphus Washington spent roughly a week on the Cowboys practice squad in 2018 before being snatched up by the Cincinnati Bengals. The Cowboys obviously have interest in the 6’4”, 295-pound defensive tackle, although his restricted free agent status in Cincinnati might make a reunion impossible.

Washington played at Ohio State in college and racked up 13.5 sacks and 25 tackles for loss in four years. The Bills took him in the third round and he started in 22 games in two years, enduring a scheme change during that time. His 54 tackles, ten for loss, 3.5 sacks, and seven QB hits offered a glimpse of Washington’s potential. Like Anderson, Washington could play both tackle spots in Dallas. If Cincinnati decides not to exercise their restricted free agent designation on Washington, he could be of interest for Dallas.

Margus Hunt would be a player in a position to make a seamless transition to the Cowboys defensive line. The Estonian defensive lineman received a lot of interest from the Cowboys when he came out of SMU into the 2013 draft, but the Bengals ultimately took him. In the 44 games he played in Cincinnati, Hunt never started as he was used in a limited role.

Hunt then went to Indianapolis in 2017 and, like Anderson, was playing out of position. But the 2018 season saw Matt Eberflus take over and switch to a 4-3 that uses their defensive linemen the same way Dallas does. In fact, Eberflus used Hunt in much the same way the Cowboys do with Crawford, and Hunt saw some time as a defensive end in run downs and switched to defensive tackle in passing downs. As a result, Hunt had the best year of his career with five sacks, 30 tackles, 13 tackles for loss, 7 QB hits, and both forcing and recovering a fumble.

That might make Hunt more eager to remain in Indy, but if there was any team he might consider leaving the Colts for, the Cowboys and their nearly identical scheme would have to be it. He’d likely get more opportunities to get on the field as well, and should be able to get a good contract for his efforts.

Just like Hunt has ties to Rod Marinelli, Brandon Mebane could be a free agent target because of his ties to Kris Richard. Mebane spent the first nine years of his career in Seattle and was a big part of that defense. He then spent the last three years with the Chargers, playing for defensive coordinator Gus Bradley, one of the architects of the Legion of Boom.

At 6’1” and 311 pounds, Mebane fits better at the 1-technique slot but he can play both positions and has done so at a very high level. He doesn’t sack the quarterback a whole lot – he’s never had six or more sacks in a single season – so that might disqualify him from consideration. Mebane also just turned 34-years-old, so questions about durability are present. But Richard might push for the Cowboys to add this rugged veteran along their defensive line and add him to the rotation there.

This would potentially be a huge addition to the Cowboys in the same vein as last year’s almost-trade for Earl Thomas. Gerald McCoy is still technically under contract with the Buccaneers for the 2019 season, but Pro Football Focus reports that there is a “real chance” the team could move on as they change to a 3-4 scheme. If that happens, McCoy would almost certainly become a priority free agent that could command big offers, but the Cowboys would be smart to at least try and sign him.

A former Sooner, McCoy has spent all nine years of his NFL career in Tampa Bay, which included two years with Marinelli’s good friends Lovie Smith and Leslie Frazier. In those nine years, McCoy has been one of the NFL’s premier pass rushing defensive tackles as he’s put up 54.5 sacks. He’s had six sacks each of the last two years, and the 2018 season marked the first time since 2011 he didn’t make the Pro Bowl. Still, McCoy was one of the best 3-technique defensive tackles and would be an ideal fit in Dallas. The only question marks around him will be price and age (he turns 31 this month).

Of course, none of that even matters if McCoy isn’t cut by the Bucs, but if he is then Dallas should at the very least do their due diligence on him. Signing McCoy to a big, short-term contract would be a major development for an emerging defense.