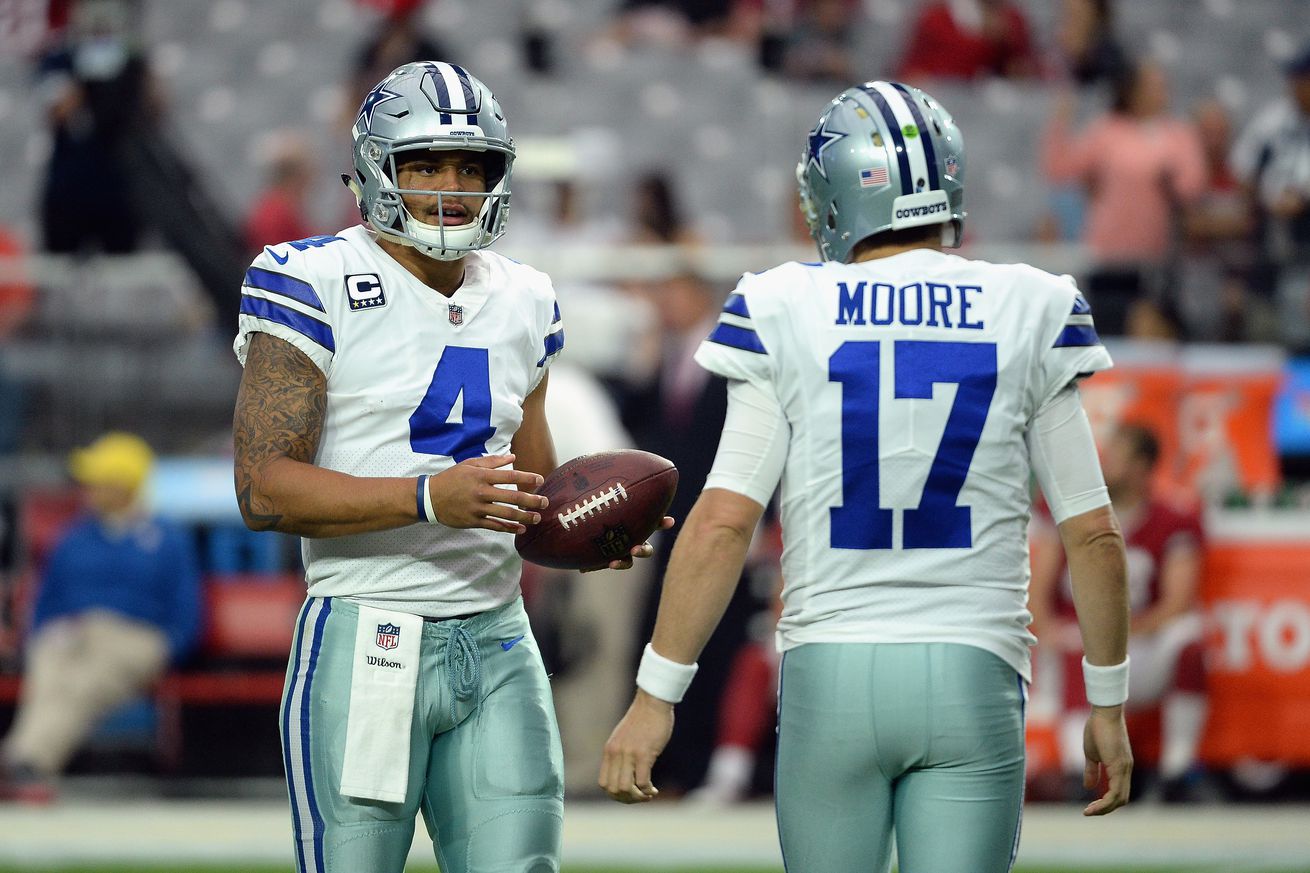 The dynamics of the offense should change with the revamped coaching staff.

Now that Kellen Moore has been named the Cowboys new offensive coordinator, everyone wonders just how different the offense will be without Scott Linehan. The Cowboys offense was a known-quantity under Linehan, so much so that the “known” part became an issue. The lack of creativity and a slavish devotion to how things had been done in the past left many to feel that the offense, as run by Linehan, had become a relic from another time. Linehan had been in the game a long time, and he did things his way, for better or worse.

Now the Cowboys are on the opposite end of the spectrum. After a short career as a backup quarterback, Kellen Moore finds himself as an offensive coordinator after just one year of coaching the quarterbacks. The contrast with Linehan’s experience is stark, but the Cowboys just may be hoping that works in their favor. Besides the creative mind that Moore supposedly possesses, his lack of experience could also mean a greater capacity to change and adapt as circumstances warrant.

The Cowboys are planning on having Moore call the plays.

“We anticipate that he will call plays,” Garrett said from Super Bowl LIII when asked specifically about Moore, who has been promoted from quarterback coach to replace the fired Scott Linehan. “We want to look at different ways of doing things.”

That’s important, and Garrett seems to be hinting that during the game they will want to call things in a different way. Linehan had tendencies and tended to stick with them more than other play-callers. While important, calling plays is only three-hours of the week, and none of the offseason week. That is the time that the scheme/gameplan is built, and the hope is it will be built around the strength of the players, instead of trying to fit the players to the scheme.

One of the major criticisms of Linehan was his seeming inability to build a gameplan that was formulated to Dak Prescott’s strengths. Whatever was the cause of that, one way to remedy it is to allow Prescott a bigger voice in the offense. Given that Prescott and Moore were players together at one point, and given that Moore lacks an entrenched way of doing things, Prescott should get more say.

[Prescott] also recognizes this new arrangement should give him an even stronger voice.

“It’s just something that when you do it you’ve got to be really convicted about what you’re doing and know exactly,’’ Prescott said. “You’re going in there to say, ‘Coach, I want this because it’s great against this look and that look.’

”I’m just excited about being able to do it more.’’

Whatever one thinks of Moore’s capabilities, and whatever worries one has about his lack of experience, one thing this new arrangement should bring is fresh ideas. And not just fresh as in Moore’s fresh ideas, but fresh ideas in a sense that besides Jason Garrett, there is no established way of running the offense now. Gone will be the decades of experience and tendencies built up by Linehan that tended to mute creativity and evolution. Only Garrett could stifle the creativity by pushing back on anything that Moore/Prescott come up with, and it seems Jerry Jones has already indicated he won’t let that happen.

“I think it’s a great opportunity for our team and our players,” Jones said. “[Moore] has a great staff on the offensive side with him and they all have some great ideas. We have Jason sitting there as a safety net. I think it’s an ideal time to stretch out.

“I said to everybody, ‘I want those new ideas. I want them thought through far. And if they are not being implemented call me.’ But let’s get in there and do the kinds of things to get the most out of a very talented roster. Kellen has the skill, and the right attitude, and style to make this work.” – emphasis added

That statement by Jones suggests that if anybody tries to stifle creativity, he will put a stop to it. We’ll have to see if all of this is followed through upon as we’ve heard bold pronouncements from the team before. Dak-friendly never really seem to happen this past season, so things don’t always change when a team says it will.

But given Moore’s inexperience, and his unique relationship with Prescott, it’s a good bet this offense will look different. Let’s just hope that it’s better.