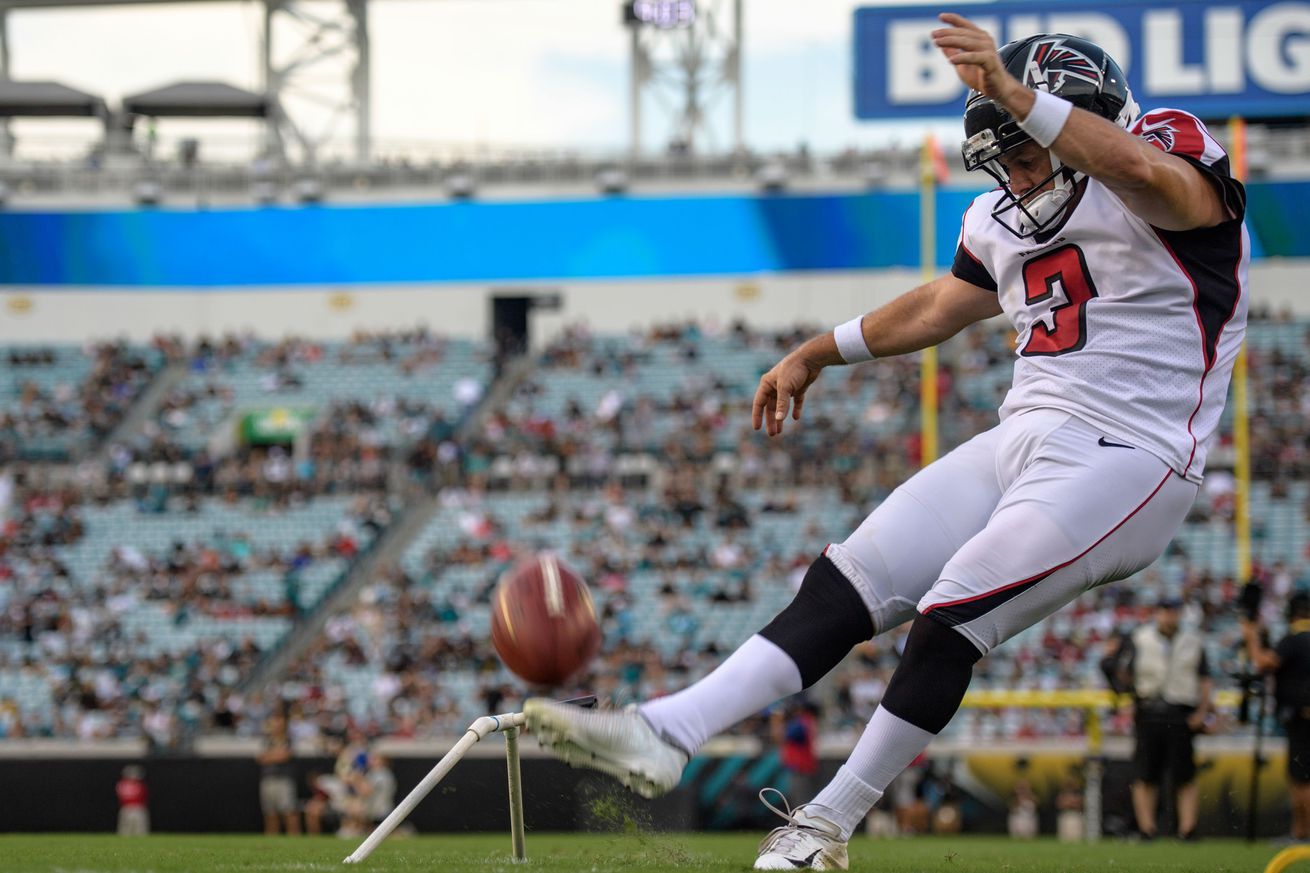 Dallas no longer has a sure-thing at kicker.

We’re still about a month away from free agency officially beginning across the National Football League and between now and then we’ll see teams release players of note.

The ball got rolling a bit on Wednesday when word trickled out that the Atlanta Falcons will be moving on from kicker Matt Bryant. He’s been one of the more reliable kickers in the NFL.

Bryant has been in the NFL since 2002 and with Atlanta since 2009, so he’s certainly been around professional kicking for a long time. Considering he still wants to play, it’s fair that a handful of teams will be interested in his services as he’s been rock solid more often than not.

Scouting various kickers would be a relatively new reality for the Cowboys as this is the first full offseason the team is entering without Dan Bailey. Dallas released Bailey when finalizing their 53-man roster last season and rolled with Brett Maher instead. Maher provided some incredible moments, coincidentally including a game-winner at Atlanta, but he certainly also had his struggles.

Maher had an 80.6% field goal percentage during his first season in the NFL while Bryant has been no lower than 87.2% in his last three seasons. If Dallas doesn’t truly feel that Maher is a long-term option then they should consider looking into Bryant as kickers of his caliber don’t show up all the time.

Brett Maher’s struggles this past season really came between 40 and 49 yard attempts where he went 7 for 11. This is a range that Bryant has been particularly solid at, he was 25 of 26 there over the last three years.