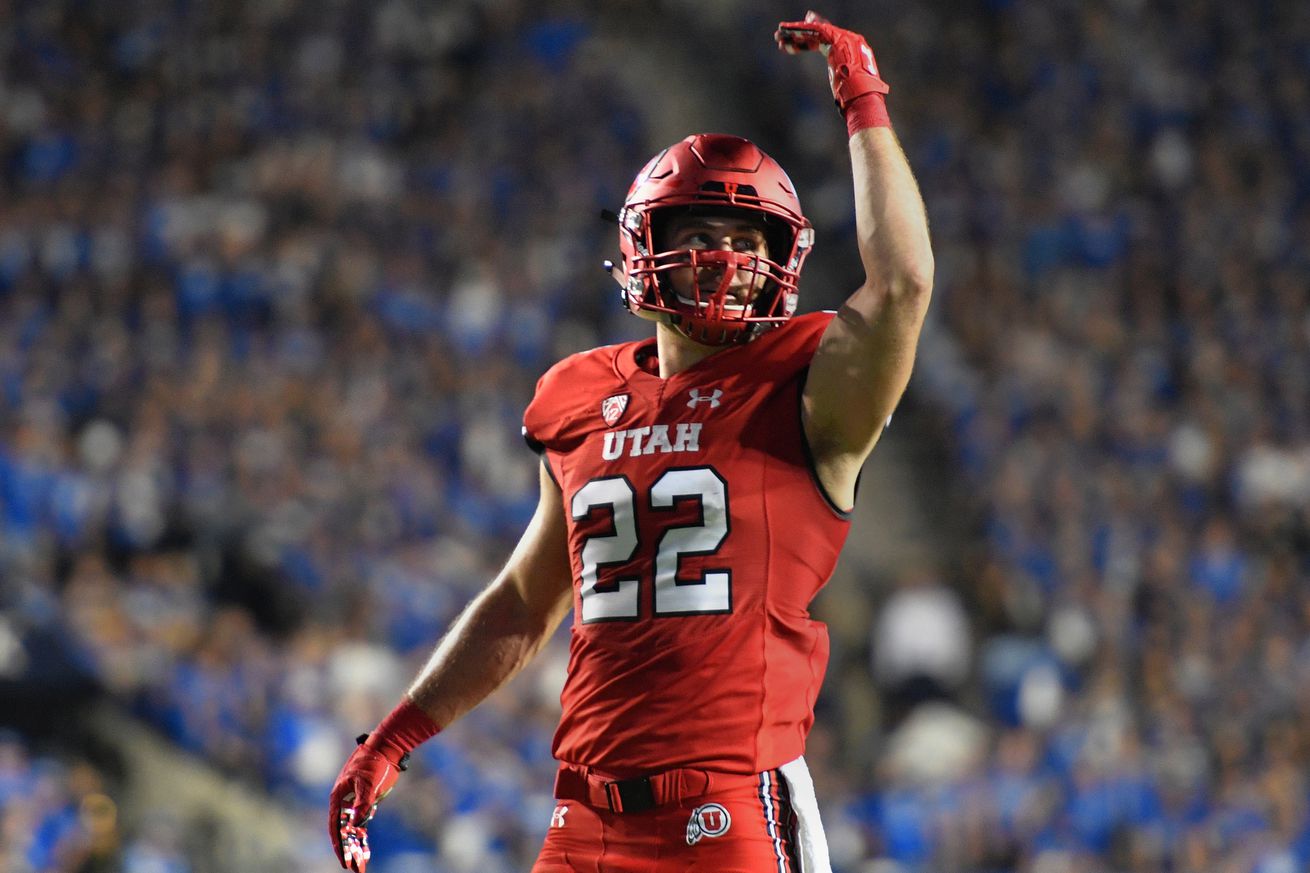 The Cowboys strong defensive showing in 2018 was largely spurred on by their young, dynamic duo at linebacker with Leighton Vander Esch and Jaylon Smith, but the linebacker corps could become bare after those two. Sean Lee is taking time to think about his future and if he’ll continue to play, and Damien Wilson is a pending free agent who could move on to greener pastures. That leaves Joe Thomas and Chris Covington as the only other linebackers under contract, although Justin March-Lillard is a restricted free agent that could be retained for a cheap price.

Regardless of what happens with JML, though, the Cowboys are likely to try and find a linebacker who can provide good depth and contribute on special teams. There are several mid-to-later round options in this draft, but any list of such candidates should start with Utah’s Chase Hansen.

The Utes fielded a top 25 defense in 2018 and boasted one of the nation’s best red zone defenses, and a lot of that was due to Hansen. The senior led his team in solo tackles and tackles for loss, and frequently functioned as a one-man wrecking crew against the run. His relatively small size has afforded him better burst than most at this level, and he is able to fly around the field and move from sideline to sideline with ease.

Because he’s just under 230 pounds, Hansen struggles in taking on blockers directly and doesn’t do a good job of using his hands to disengage, but he rarely took on blockers straight up. He often used his size to his advantage and would slip between players and did a good job of that to get through to the ball-carrier.

When he does get to the ball-carrier, Hansen is not the most technically sound tackler out there but he’s effective in making the stop. Whereas the Cowboys watched Smith routinely use sheer strength to knock the runners back and Vander Esch wrapped up players with ease, Hansen tries to grab players and pull them to the ground. Hand measurements at either the combine or his pro day will determine how effective that method can be at the next level, but at Utah he was a good tackler who rarely missed.

Hansen was a safety when he first came to Utah and he played a hybrid role in his sophomore and junior year before fully committing to the linebacker role in 2018. As such, his coverage skills are impressive for a linebacker. While he’s not big enough to go up against offensive linemen, Hansen has good size for sticking with receivers and tight ends in man coverage.

He is probably more effective in zone coverage, though, and this is where he uses his burst to full advantage. Hansen does a good job of reading an offense and keying on where the ball is going. It’s why he had so many tackles for loss, and a lot of those were against screen passes which he excelled at blowing up.

The biggest knock on Hansen will be his size, which is why a productive linebacker like him will fall to the mid-to-later rounds for a team like Dallas to snatch him up. But Hansen has the range and IQ to fit in well as a depth player at WILL linebacker in this scheme and possibly even contributing as a MIKE linebacker on passing downs. He’d provide good depth, but Hansen’s immediate value to the Cowboys would be as a special teamer, where his ability to slide past blockers and make tackles in the open field would help out.

If the Cowboys really do end up losing both Wilson and Lee, they’ll likely look to free agency to find a reliable linebacker for their base packages, but Hansen would provide great depth and special teams value, and could even play in some base packages depending on how well he absorbs the playbook.