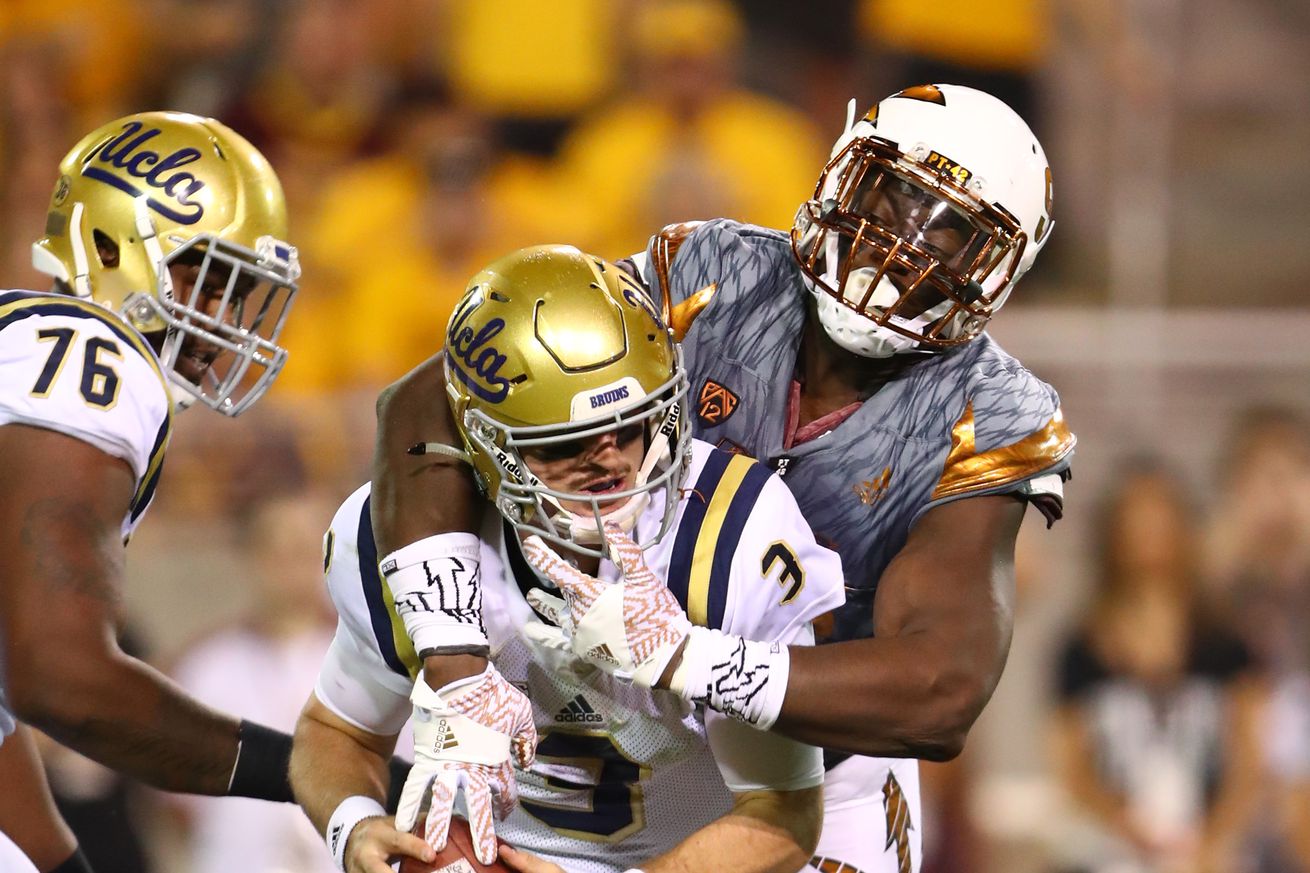 The great Dane Brugler mocked Arizona State defensive lineman Renell Wren to the Dallas Cowboys in the second round in his latest mock draft on TheAthletic.com. I was able to sit down with Renell last week and talk with him about his week at the Reese’s Senior Bowl, his success at Arizona State, and his fit at the next level. Here are some of the highlights from my interview with the 6’4”, 315-lb defensive lineman.

Me: How shell shocked where you when your phone started ringing off the hook at the Senior Bowl due to all the [NFL] scouts trying to meet with you?

Renell: My goodness [pause]…. It was definitely an experience. I tried to get in as many interviews as I can. A couple of the scouts were actually getting irritated because I couldn’t respond, because of other meetings.

Trust me, every time I saw Wrn in the team hotel, he had someone from some teams talking to him, or asking to speak with him.

Me: How many teams do you think you met with throughout the week?

Renell: I’d say between 15 to 20, it honestly could of been more than that. I lost count [laughs].

One of those teams, was the Dallas Cowboys.

Me: What led you to Arizona State?

Renell: When I took my official [visit], I just absolutely loved it. The climate, the football atmosphere, the campus, the dorms, everything, I just fell in love with it [Arizona State].

Me: You came into Arizona State as a DE, correct?

Me: What size where you at when you arrived there your freshman year?

Me: What led you to move to the interior [defensive tackle]?

Renell: Basically, when I played defensive end, we did some drills — I remember my freshman year, and I was extending to high, and my old dline coach said he was going to put me up with their two best offensive tackle and offensive guard that we had back in 2014. I was just hitting them and doing drills with them. He said you’re going to stay low now aren’t you or you’ll get put on your butt [laughs]. So ever since then I’ve stayed doing drills with them and just stayed on the interior.

Me: You played a lot of nose [tackle] in ASU 3-4 scheme. Is that where you see you best fit at the next level?

Renell: I can really play the shade, to a head-up, to a three, to a 4i honestly. Umm you know, I can adjust very quickly, but I’m more of a penetrating nose tackle, just really disrupting the middle and getting up the field.

Sounds like a Rod Marinelli match made in heaven.

Me: The NFL team that drafts you in April, what are they getting out of Renell Wren?

To listen to the full interview with Renell Wren, as well as other NFL Draft prospect interviews subscribe to the podcast player below.