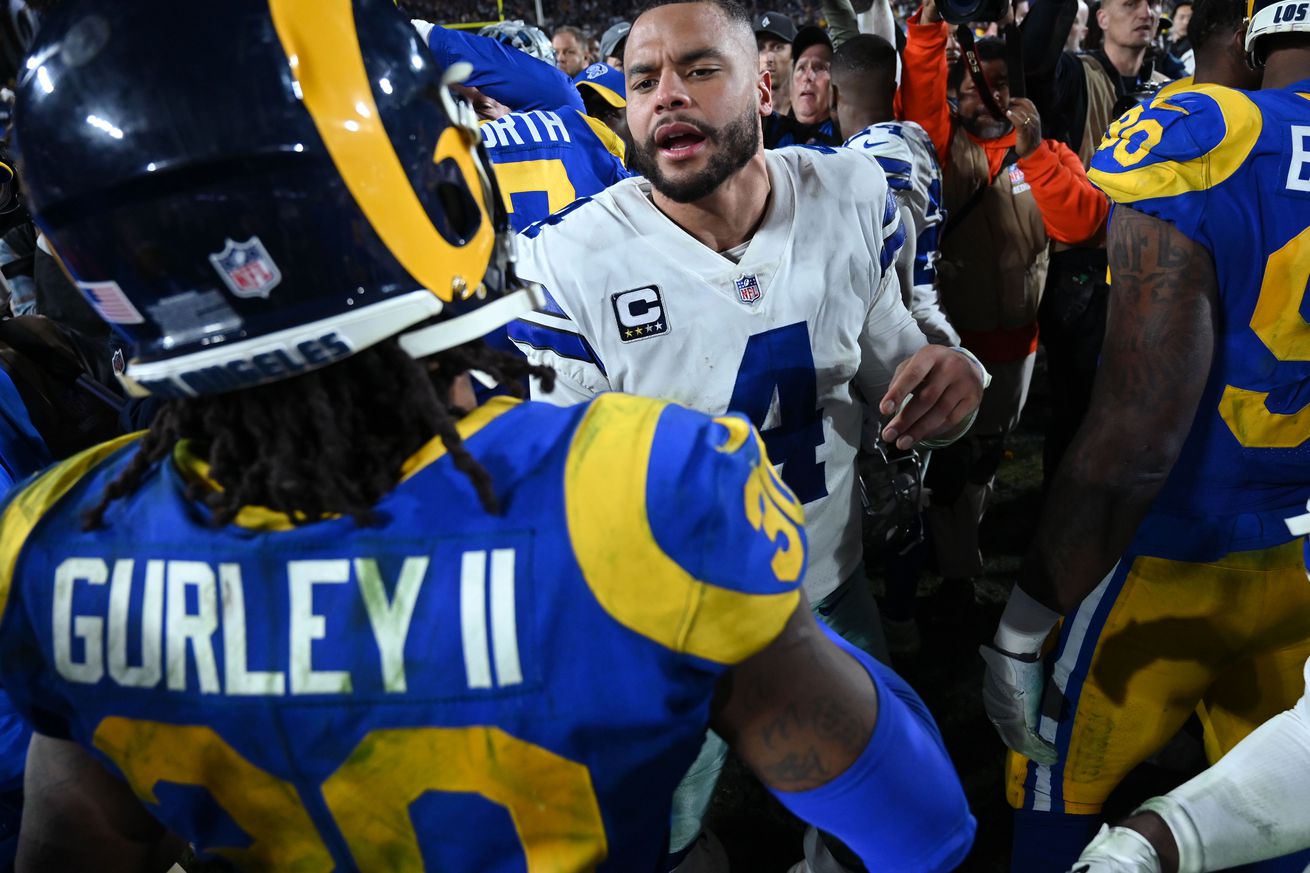 Open that checkbook up Jerry. Free agency is getting closer.

It’s no secret that the Dallas Cowboys tight ends underperformed in 2018. That wasn’t much of a shock though as the team didn’t do a whole lot to replace Jason Witten who suddenly retired just before the 2018 NFL Draft.

As Witten left for the ESPN booth, Dallas decided to trot out Geoff Swaim, Blake Jarwin, rookie Dalton Schultz and Rico Gathers. While they all did fine with the blocking aspect of their job — especially Swaim and Schultz — their leading receiver was Jarwin with 307 yards off 27 receptions. And his numbers were inflated by a huge Week 17 game in which he had 119 yards on seven receptions, while also scoring his only three touchdowns of the season.

Looking forward to the offseason, Swaim is a free agent and may not be back considering the upside of Schultz and Jarwin. However, neither of those players is a legitimate No. 1 tight end at this point so Dallas could try and land a veteran on a one, or two-year deal to bridge the gap.

This is where Jared Cook comes in. At 31 years of age, Cook is coming off his best season in which he had 68 receptions for 896 yards and six touchdowns. He did this while with the Oakland Raiders, a team that struggled offensively and couldn’t find a way to get Amari Cooper going.

WILL COWBOYS S JEFF HEATH BE A 2019 SALARY CAP CASUALTY? – Jessie Haynie, Inside the Star

Could the GOAT leave Dallas for another team?

Jeff Heath has been a full-time starter at safety the last two seasons for the Dallas Cowboys. However, with Xavier Woods entrenched as a budding player and talk of a potential major free agent acquisition this offseason, could Heath wind up looking for a new team in 2019?

Dallas can save $2 million in cap space by terminating Jeff’s contract. He’s entering the last year of the deal and is set to count $2.45 million against the cap, with only $450k in potential dead money.

As we’ve talked about in other cap casualty articles recently, $2 million is not as small as it sounds. That could pay for about three or four of your rookies, or be used to sign a significant depth option somewhere on your roster.

For example, veteran OT Cameron Fleming cost $2.5 million last season to play as the swing tackle. Primary backups at many roster positions can be had for about that much.

But you might argue that even if he were to be bumped from his starting role, Jeff Heath would be one of those significant roleplayers. Would his value as an experienced reserve, capable of playing either safety spot, and a core special teams player be worth more than the cap savings?

Dak Prescott is due for a big day. How much will that payday be?

Cowboys owner Jerry Jones already promised an “extraordinary contract” for Prescott, who “no one deserves to get paid fairly more than he does,” according to team executive vice president Stephen Jones.

Prescott is worth more than the $725,848 he made last season, which ranked 55th among NFL passers. He has made more in his off-field endorsements than he has in football in three seasons. But figuring out where he fits in the quarterback hierarchy is the hard part.

Prescott expects the Cowboys to “pay what’s deserved” and makes it clear he expects to be paid more than Patriots quarterback Tom Brady, who has a team-friendly deal that paid him $15 million in 2018.

Here’s another viewpoint on Dak Prescott and his impending contract.

Dear Mr. Jerry Jones, owner and general manager of the Dallas Cowboys. As a lifelong fan, I share your passion for the ‘Boys. I believe your team is on the verge of greatness. But its future will largely depend on the value of quarterback Dak Prescott’s next contract.

In fact, the average cap hit for the Super Bowl winning quarterback is 7.1 percent. In today’s NFL, the perception that it takes an elite, highly paid passer to win the Super Bowl has never been greater. This perception is wrong. It takes a team of 53 players to win the big game.

Cowboys could address tight end or safety with their first 2019 draft pick, but these 2 positions may be bigger needs – Kristi Scales, Sports Day

Which position is the biggest need for the Cowboys in the 2019 NFL Draft?

The Cowboys have done well the past several years in getting free agents to be the human speed bumps in the middle of the defensive line. Guys like Nick Hayden, and more recently Antwaun Woods and Caraun Reid, have been big contributors. Woods was the biggest (and most pleasant) surprise of the 2018 season, entering training camp as the fourth-team DT and moving up to key starter. The Cowboys should also get credit for developing Maliek Collins, their third-round pick in 2016. He’s played through painful foot injuries and been a very important defender. But will they be able to afford to keep him when his contract is up? Defensive tackle is a need, and so is developing a young offensive lineman, especially if the team is not able to re-sign veteran swing tackle Cameron Fleming.

As for tight end, I would argue that SLOT RECEIVER is a bigger priority for the Cowboys. Cole Beasley is a free agent. So is Tavon Austin. Amari Cooper can play in the slot, but the team needs him to be their big threat on the outside (and sprinkle him occasionally inside).

Things the Dallas Cowboys must fix in order to win the Super Bowl (part 2) – Danny Phantom, Blogging the Boys

Yes.. we are talking Super Bowl, and there’s nothing you can do to stop it!!

Last year was phase one of the wide receiver overhaul and boy was it a big one. Last offseason; Dez Bryant was released, Brice Butler left (and returned, and left) in free agency, and Ryan Switzer was traded. Terrance Williams was still around, but he only played three games after injuring his foot and having some off-field trouble. So, out with those guys and in comes: Allen Hurns, Deonte Thompson, Michael Gallup, and Tavon Austin. The team also traded for Amari Cooper midway through the season.

It’s a new-look receiving group and it’s unclear if the last two WR’s from the 2017 team, Williamsand Cole Beasley, will be a part of it. The team could still be looking to add some more fire power at the position this offseason. The draft will feature several talented young pass catchers. Maybe they look for a speedster who can be a vertical threat? Maybe they’ll look for a new slot receiver?

Not only does the team have another draft to work with, but last year’s sixth-round pick, Cedrick Wilson,should be ready to go after missing the season with a shoulder injury. Expect this group to be even stronger in 2019.

Could the Cowboys work out two blockbuster trades in one year?

It just so happens the Cowboys could use a safety, and the Patriots’ third-highest-paid player is a top-notch safety entering the expensive final year of his contract. The Pats don’t have a lot of money to spend this offseason, but they could free up $13.4 million by trading former Pro Bowl safety Devin McCourty.

New England would probably expect to be just fine with Patrick Chung, Duron Harman and a cheaper free-agent addition or draft pick at the safety position, while the Cowboys can afford to pay up for McCourty.

This makes too much sense.

Potential trade: Cowboys acquire McCourty from Patriots in exchange for Lee and a sixth-round draft pick