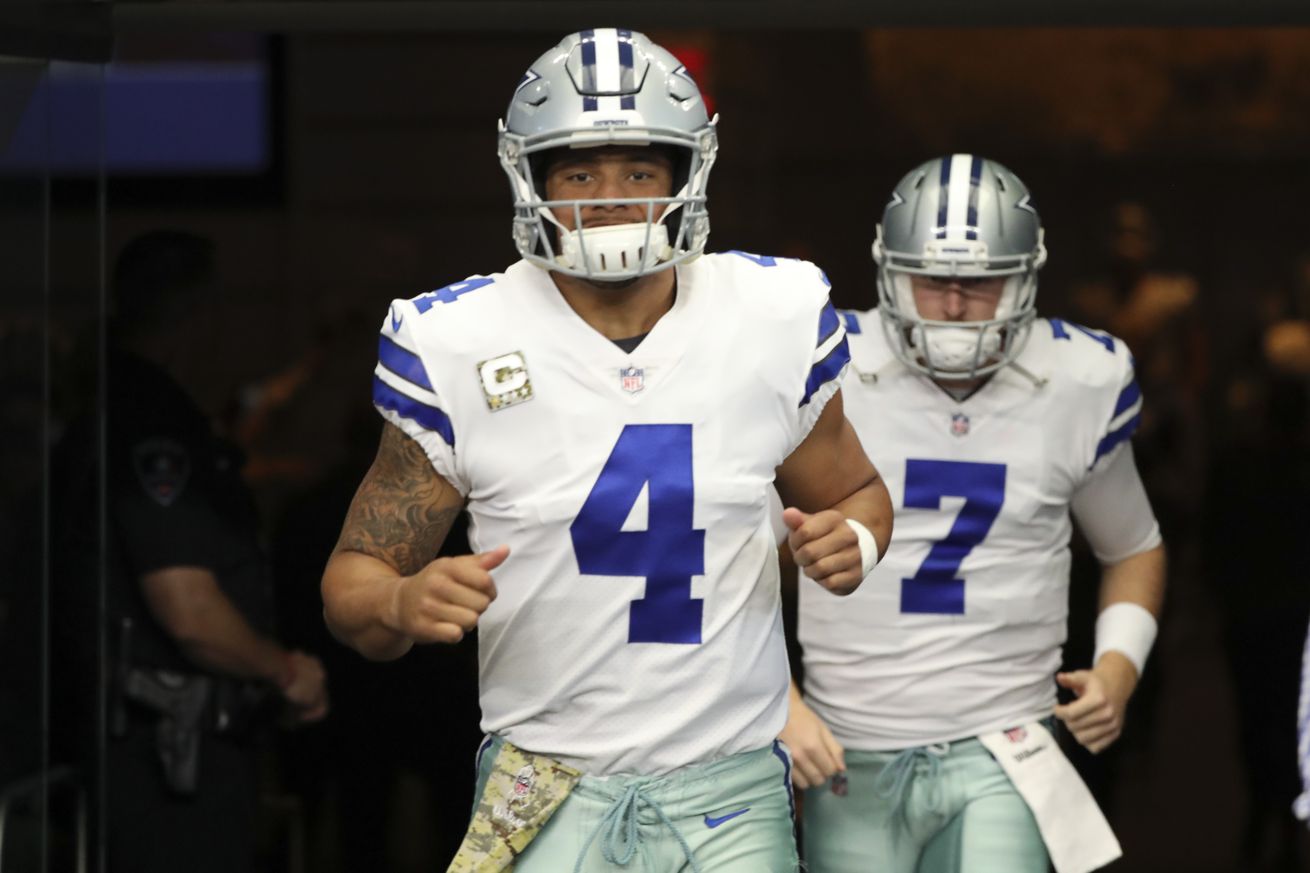 Why bringing on a veteran backup quarterback is probably not on the Cowboys’ agenda – David Moore, Kate Hairopoulos and Jon Machota, SportsDay

The Cowboys have needs throughout the roster to fill out this offseason through free agency and the draft. Would bringing in a veteran quarterback to backup Dak Prescott be a smart idea?

Should the Cowboys pursue a veteran backup quarterback in free agency? In addition to solidifying the position (Cooper Rush and Mike White are the current backups) would another veteran voice benefit Dak Prescott now that the offense has been handed over to 30-year-old Kellen Moore?

David Moore: No. There are better ways to distribute the money on this roster. Continue to develop Rush and White and if you don’t like their progress, plug in another young quarterback to develop. Prescott doesn’t need another voice in the room. He trusts and respects offensive coordinator Kellen Moore. Garrett and new quarterback coach Jon Kitna both played the position in the NFL. A veteran backup isn’t going to help Prescott’s growth.

Hairopoulos does not see the need.

Kate Hairopoulos: The Cowboys have so many other things to deal with at other positions that I doubt a veteran backup is suddenly going to become a priority. They’ve shown a willingness to go with Cooper Rush the last two seasons, banking on Prescott’s youth and durability. I’m not sure that Prescott needs another voice in his ear. He benefited from Mark Sanchez and Kellen Moore being in the QB room when he was a rookie, but we’re talking Year 4 now. He and Moore have a close relationship and it’s going to be pretty fascinating to see how Moore tries to get the most out of Prescott’s abilities now that offensive coordinator Scott Linehan has moved on.

Do the Dallas Cowboys need a backup QB in 2019? – Jess Haynie, Inside The Star

Perhaps having a veteran voice in the QB room would be a good thing.

While it may not be high on their list of 2019 offseason priorities, backup quarterback is an area where the Dallas Cowboys might want to consider an upgrade. Not only could it help them if Dak Prescott were to get injured, but Dak’s best season was when he had experienced players supporting him in 2016.

As a rookie, Prescott enjoyed veteran advice from Tony Romo and Mark Sanchez. It was the same year that he only threw four interceptions and posted his highest career passer rating.

Dak has credit both men with helping him that year, and especially Sanchez. While many have spun a story about Tony’s huge impact on Prescott that season, the truth is that Romo was still wanting to get his job back. He was only going to help so much.

Cooper Rush and Mike White can’t offer any such insights. Rush has only thrown three passes so far in his NFL career, all in garbage time. But that’s still three more than White, who has yet to take the field in the regular season.

Will the Dallas Cowboys sign a veteran quarterback in free agency? – Tyrone Starr, The Landry Hat

If the Cowboys were to go this route, which free agent QB would fit the bill the best?

Looking at the landscape of the free agent market, Foles and Bridgewater will be looking for starting gigs next year which eliminates them from the discussion. Sanchez, once Prescott’s backup would be intriguing but unlikely.

That leaves Fitzpatrick, McCown and Taylor.

Of the three, if the Cowboys were to sign a veteran, I think Taylor would be the best option.

Aside from one year (2017), McCown has not been that great. His 98 career touchdowns and 82 career interceptions are an automatic no for me. Fitzpatrick’s 190 and 148 are also not appealing.

Taylor, however, is what some might call a less dynamic Dak Prescott.

Meanwhile, the Cowboys signal-caller is hoping to land a big deal.

Since becoming the starter for the Cowboys, Prescott has gone 32-16. He also has 15 fourth quarter and overtime comebacks, which is an NFL record for a quarterback in his first three seasons. It’s safe to say that Prescott has been one of the biggest bargains in the NFL.

His numbers on the stat sheet might not always jump out at you, but the bottom line is that Prescott has the Cowboys winning games and contending for Super Bowls. It’s hard to say that he doesn’t deserve a nice big contract. Eventually, Dallas will have no choice but to pay him that hard-earned money if it wants to keep him around.

Cowboys could address tight end or safety with their first 2019 draft pick, but these 2 positions may be bigger needs – Kristi Scales, SportsDay

What positions do the Cowboys need to address through the draft?

Scales: Tight end and safety are two areas that could be addressed with the Cowboys’ first selection of the 2019 draft, but I would put a couple of other positions ahead of those two. Defensive tackle needs depth. The Cowboys would have loved for Vita Vea to slide to them last year, but the mammoth DT went to the Redskins with the 12th overall pick.

The Cowboys have done well the past several years in getting free agents to be the human speed bumps in the middle of the defensive line. Guys like Nick Hayden, and more recently Antwaun Woods and Caraun Reid, have been big contributors. Woods was the biggest (and most pleasant) surprise of the 2018 season, entering training camp as the fourth-team DT and moving up to key starter.

If defensive tackle is going to be a position that the Cowboys need to address, then Daylon Mack is a name to be familiar with.

The Cowboys must find someone in the draft to give depth and be a run stopper. I believe this team could fill their needs on offense in the first few rounds and still land a difference maker on Day Three by drafting 6-foot-1, 327 pound Texas A&M defensive tackle Daylon Mack.

Mack entered Texas A&M as a five-star recruit. He was touted as a hard working, high motor type of player. In the summer before his freshman year, Mack was seen pushing his three-ton truck down the highway to work on his explosion.

If Daylon Mack gets drafted by the Dallas Cowboys, he probably would not be a starter Day One but would be a rotational player. Give him the coaching from defensive coordinator/defensive line coach Rod Marinelli, and he might become a great defensive tackle. The Cowboys do not invest high round picks into interior defensive linemen, so they might look to add talent in the later rounds. Mack would be a solid selection for a relatively low price.

Could the Cowboys take a tight end with its first selection in April?

The Cowboys could be in need of a tight end if they choose not to re-sign Swaim. If they get Nauta, that would be a way nicer consolation prize. Nauta would be the most athletic tight end on the roster and he was a good blocker in college.

Nauta has high upside and if he learns under Nussmeier, not only would it help him but the Cowboys as well. Usually, it takes a while for tight ends to develop into legitimate starters but Dallas would be an ideal spot for Nauta to develop quickly and make an immediate impact for this offense.

Here is an update on Travis Frederick.

Travis Frederick is getting closer. He says he’s 90-95% already, and he hopes to be ready in time for the first offseason work the Cowboys do, come mid-April.

But he’s also just a dad.