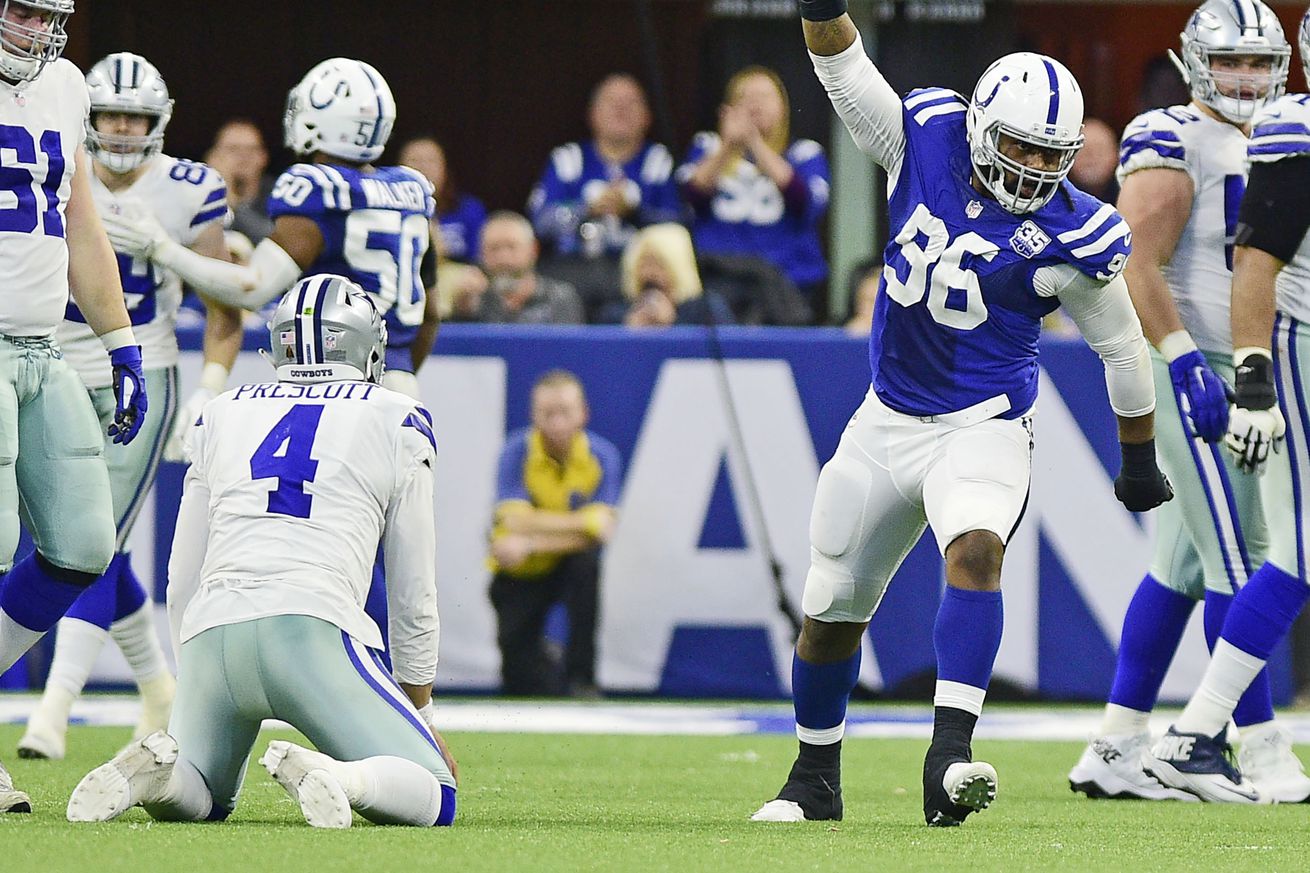 The Cowboys were really good in the red zone until this season, what happened ?

Now that the offseason is officially underway, it brings a feeling of reflection of this past season. We decided to poll our Twitter audience to see exactly what was on the minds as we put this past year into the rear-view. BTB asked and you all delivered, Joe Gonillo (@jgonillo on Twitter) wants to pinpoint the problems in the red zone.

What really caused all the Cowboys issues on offense in the red zone?

The Cowboys finished the season 29th in red zone conversions, 48% on the year is pitiful. Only two playoff teams were in the bottom ten in red zone touchdowns, both from the great state of Texas. The Cowboys offense took quite the fall from where they had been, ranking sixth in 2017, and third in 2016. The struggles this offense experienced inside the opponent’s 20-yard line are due to a few variables.

The likely place to start is upfront on the offensive line, they just didn’t have the same power to move the opponent off the line with consistency. No slight intended for Joe Looney but it’s no secret, the Cowboys missed Travis Frederick’s All-Pro abilities. The center is an integral part of success in the red zone, he makes the calls at the line and the Cowboys just weren’t nearly as efficient without Frederick. On top of that, Connor Williams struggled with strength and power all season. When he was replaced with Xavier Su’a-Filo in Philadelphia, Dallas went 4 for 5 in the red zone that game. However, Su’a-Filo may have had power but lacked athleticism at the second level as the season wore on and was banged up. The line is where you start, they didn’t come close to having the push at the point of attack, making the opponent’s job even easier with less field to cover.

Another part of the problem was play-calling and you can lump in personnel decisions, too. It was difficult to figure out what the line of thinking was in a handful of games. For example, the trade for Jamize Olawale bared no fruit, if the plan was to have him dig a linebacker out and block, it was a failure. If the plan was to get him involved in the red zone passing game, it was even more of a failure. Another example, what has Noah Brown done that would convince the coaches that he should be the go-to receiver in a goal-to-go situation in the playoffs?

Back to play-calling, the Cowboys under Scott Linehan had become insanely creative in ways to not convert in the red zone. The Cowboys have two very good weapons in the run game in Ezekiel Elliott and Dak Prescott. Instead of using them creatively, when the Cowboys did run in the red zone, especially near the goal line, they used jumbo formations that tipped the defense off and instead of doing something tricky or creative, they would just hand it to Zeke up the middle. Some creativity and maybe some formations where they spread the defense out then run it with either Dak or Zeke probably would have helped the scoring percentage.

Another thing that was problematic was the loss of Jason Witten and Dez Bryant with no ready replacements until Amari Cooper showed up. A tight end in the red zone who can be a real weapon is extremely useful. The Cowboys tight ends weren’t that in 2018 thus taking away another possibility in the red zone.

Despite being Top-10 with 68 total goal-to-go plays, Dallas averaged 0.81 yards per play, worst in the league. They only scored 13 goal-to-go touchdowns, 28th in the NFL.

To sum up, there were multiple problems that led to the failure in the red zone. Creative play-calling and a tight end who can become a weapon in the end zone would be a huge help in solving the issue. Getting Travis Frederick back along with a stronger Connor Williams would also help the situation. It’s never just one thing, but the Cowboys problems are fixable.