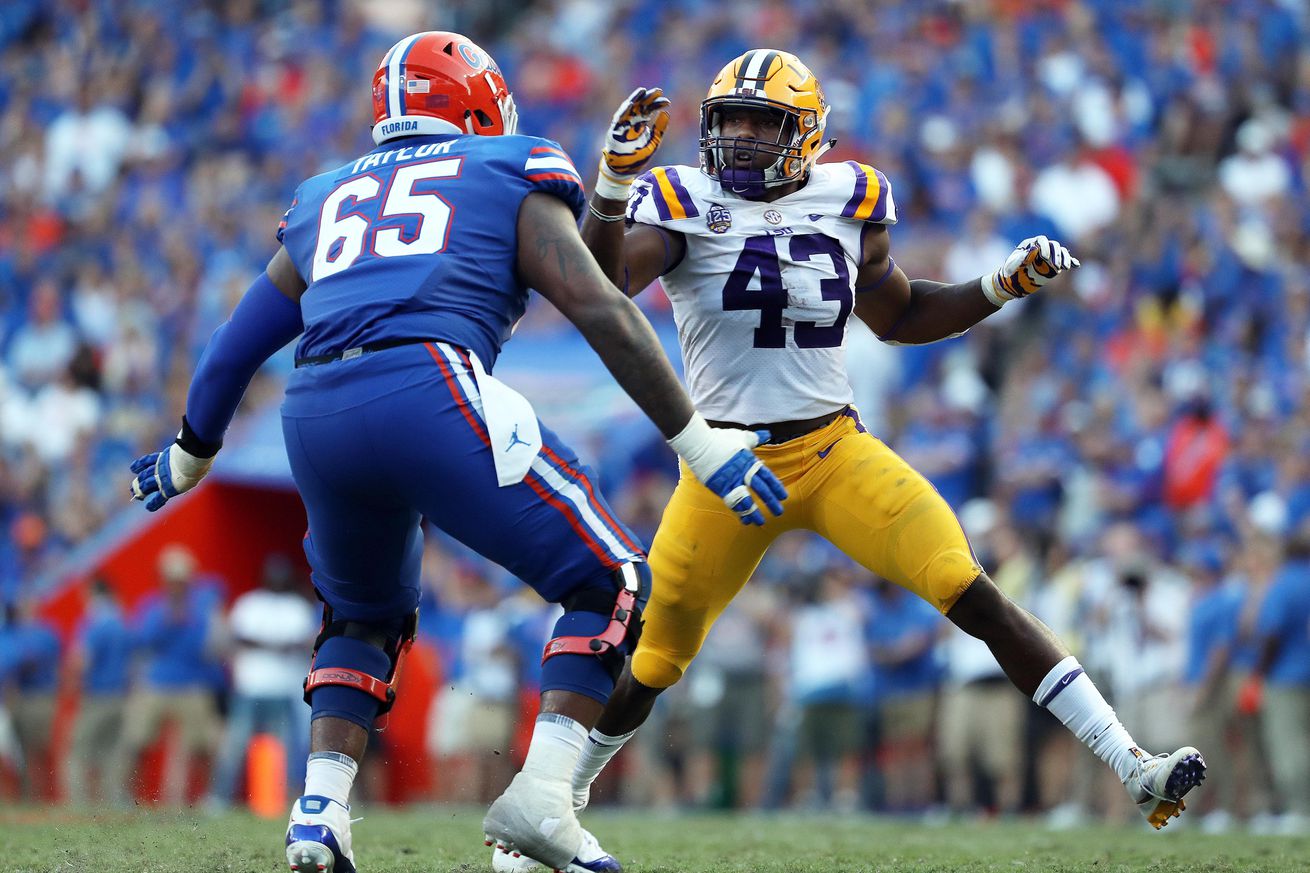 Jawaan Taylor declares for the draft after a solid season in both pass protection and blocking for the runhttps://t.co/a5u9MpNuy9 pic.twitter.com/bCtANFioNB

Jawaan Taylor was built in an offensive tackle lab. Listed at 6’5” and 338-lbs, Taylor has the ideal physical measurables to dominate at the next level. While his height and weight stick out, Taylor also possesses great arm length which allows him to reach defenders with ease at the point of attack. Taylor rarely struggles with long edge rushes due to his ability to dish it back out. For his size, Taylor is extremely athletic and has some of the best footwork out of any of the offensive tackles in the 2019 NFL Draft. In his pass sets, Taylor is able to gain enough depth to take away the deep edge of the pocket, but has enough short area quickness and length to not give up the inside when taking deeper pass sets. When run blocking, Taylor plays with a mauler attitude and prides himself in playing with a nasty mentality. When working in space, Taylor shows the ability to break down in the open field to take linebackers out of the play. Though he struggles at time with his hand placement, the violence his hands possess is very encouraging to watch. Never missed a game due to injury when at Florida and has experience playing both left and right tackle.

While the cons for Jawaan Taylor are few and far between, hand placement and technique can come and go. Will mis-time his strikes, and get too far outside of the numbers which will draw flags at the next level. At times Taylor can struggle with being too aggressive out of his stance and lose his length due to over extending. When he does overextend, he loses all of his leverage.

In most draft classes, Jawaan Taylor would easily be OT1, and he still may end up being there. Taylor has an incredible blend of size, power, and athletic ability for a 6’5” 328-lbs tackle. Taylor played most of his snaps at right tackle for the Gators, but did play over on the left side on a few occasions in his time at Florida. With Taylor’s ability to dominate as both a pass blocker and run blocker — he will be viewed as a first round prospect in the 2019 NFL Draft, and his stock will likely continue to rise after he blows up the combine at the end of February.

Check out our exclusive interview with Jawaan Taylor.