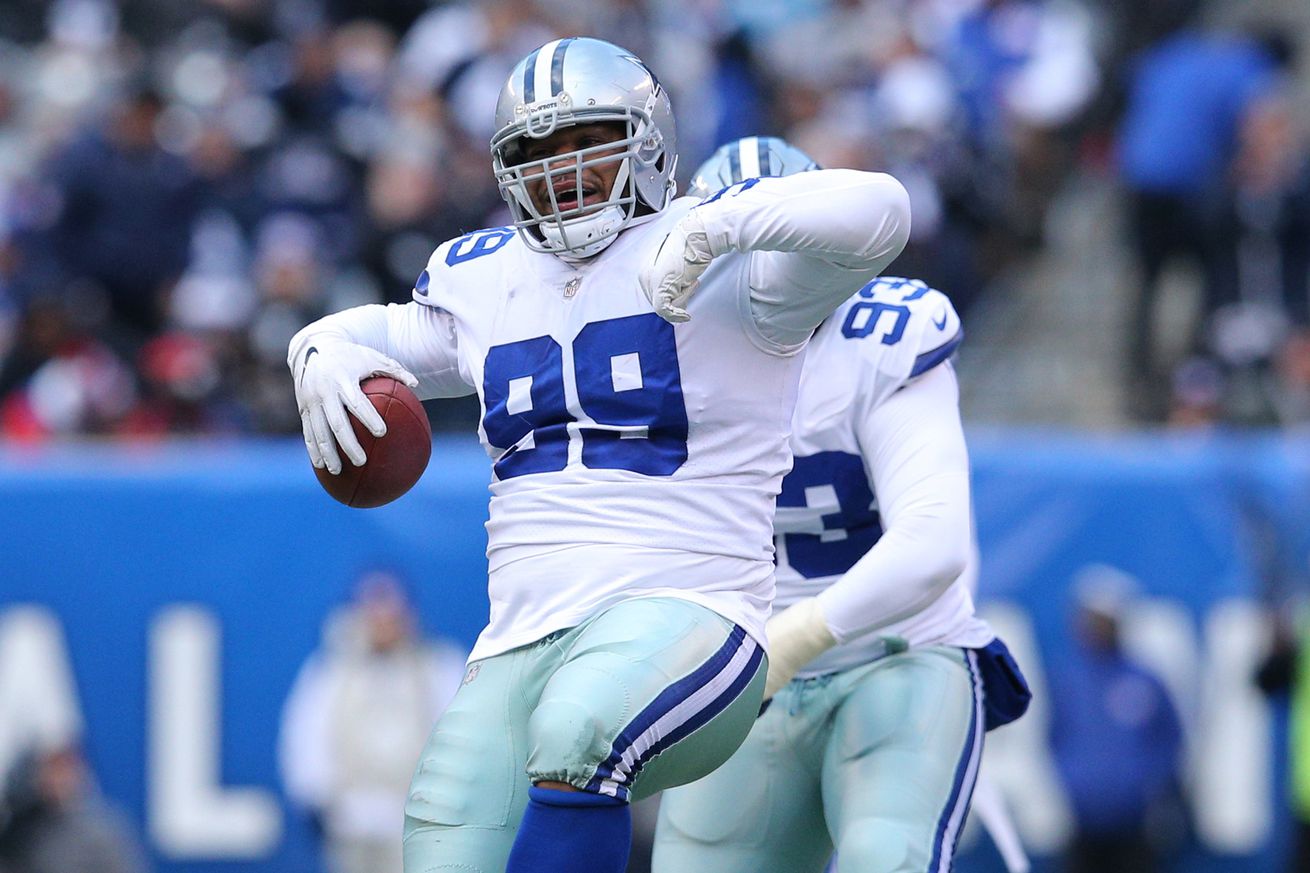 The 2019 Cowboys team will have a lot of new faces next season.

Whenever someone asks Jason Garrett about how the team can build off a playoff season, the Cowboys head coach always responds in the same fashion. He simply reminds people that every year is a new year and they have to start all over again. It’s a typical Garrett answer as he tries to instill the idea that there’s a lot of hard work to be done regardless of the success of the previous season. It’s a good message, but it’s not just lip service. The 2019 Cowboys football team will look quite different than last year’s squad. Don’t get me wrong, there’s going to be a great number of motley characters we’ve grown accustomed to running around on the football field, but we should brace ourselves for a lot of new faces.

Every year there’s a pretty significant roster turnover. Some things we expect, other things end up being a surprise. Last year, Jason Witten caught the team off-guard when he announced his retirement. Some players like Anthony Hitchens left in free agency. And the team made some tough decisions when they opted to move on from Dez Bryant, Orlando Scandrick, and Dan Bailey. Each year the team strives to get better and these are the choices they made to accomplish that.

With all those players gone, the question became – who would be the new players to fill their shoes? They looked to free agency, the draft, and even pulled off a few trades to round out this new cast of players for the new year. By season’s end, 61 players would see game action in 2018. Of those players, 25 of them were new guys. That’s 41% worth of new players. So, who were all these new Cowboys? Here is a complete of the new faces in Dallas last season:

The players listed in dark green were with the Cowboys at the beginning of the season. The players in light green joined the team after the season started. Look for the team to add around 15 new players through the draft, free agency, possibly a trade, and one or two players off of waivers during final roster cuts. And then keep in mind that another 10 will likely join the team at some point during the season as injuries and deficiencies start rearing their ugly head.

The Cowboys had another strong year of drafting. All nine of the players they selected last year are on NFL teams with Bo Scarbrough being the only player not on the Cowboys roster (he’s with Seattle now). Six of them played in games last year. Rookie quarterback Mike White was stashed on the 53-man roster, but was inactive for all 16 games. Wide receiver Cedrick Wilson was injured in training camp and was placed on injured reserve. Despite not playing last year, both those guys are still in the mix as potential candidates to have a role on the team in the future.

The Cowboys are committed to building through the draft. With so many new players added to the team each year, the draft can only do so much. That’s why it’s helpful to hit on those picks so they’re worth keeping around. And that’s exactly what this team has done over the years. Of the 61 players who saw game action last season, 37 of them were Cowboys draft picks or players who went undrafted and then signed with Dallas as an UDFA. Here is a breakdown of all those players with the Pro Bowlers listed in green:

One thing that stands out is how young the new stars on this team are. Many of the older stars have been cycled out. Who would have thought that the meat and potatoes of this team would change as much as it has over the last few years. Keep that in mind going forward as this team continues to collect talent in the draft. There are a lot of homegrown guys on this list that are playing under cheap rookie deals. If the team can continue to find quality contributors in the draft, then it will keep the price down for a great majority of the roster and allow them to shell out bigger money to the stars.

Three players last year were acquired via trade – Amari Cooper, Tavon Austin, and Jamize Olawale. That means the remaining 21 players on the team were all outside free agents. Here is a list of all the outside free agents (and the round where they were originally drafted) with all the new guys in blue:

The Cowboys are constantly scouring the league looking for guys who can help the team. They got some use out of David Irving, who they poached from the Kansas City Chiefs practice squad in 2015. Last year, several of these “non-factor” signings ended up playing big roles for the Cowboys. Joe Looney started all 16 games at center, Antwaun Woods had the third-most playing time of anyone on the defensive line, and in just his first year with the team Brett Maher now holds the Cowboys record for the two longest fields in franchise history. The team also got solid contribution from Cameron Fleming and Xavier Su’a-Filo after injuries started piling up on the offensive line.

If you looked at the Cowboys roster and broke it down by the round they were drafted in (regardless of how they got here), here are the results compared to the rest of the league:

Essentially a third of everyone’s roster consists of players who went undrafted. It’s important to find good players there and the Cowboys are right on par with the league average in this department.

Because of the outstanding job the team has done drafting in first round, the Cowboys have more Day 1 picks than the league average. Not only have they stuck around, but most of them are playing at a high level. It might also be surprising to find them so high in the second round as well, but after years of taking chances this team is finally starting to see results from those players.

Even though the Cowboys don’t have a first-round pick in April, the upcoming draft is still huge for this team. They have a lot of players they still need to find so this team can operate in 2019. The draft will be an important part of that. Dallas has six draft picks in total as they won’t have a first (Amari Cooper) or a sixth (Bene Benwikere), but they should get a compensatory pick from losing Anthony Hitchens. That’s a lot of draft ammo.

All these new players they acquire will be taking the spots of the departed. We don’t know who those people will be exactly and there are surely to be some surprises. Here’s an idea of what the team could be dealing with as their own free agents look to get new deals from somewhere:

And let’s not forget that some players could end up being cap casualties just like there was last year. Some might be expected (Terrance Williams or Allen Hurns), but some could be a surprise.

On the surface, it may feel like the Cowboys just need a few players here and there and they will be ready to compete again, but it’s not going to go down like that. Expect a new crop of players to make up about a third of the 2019 roster. That means there’s a lot of work to do as the search for new talent continues.