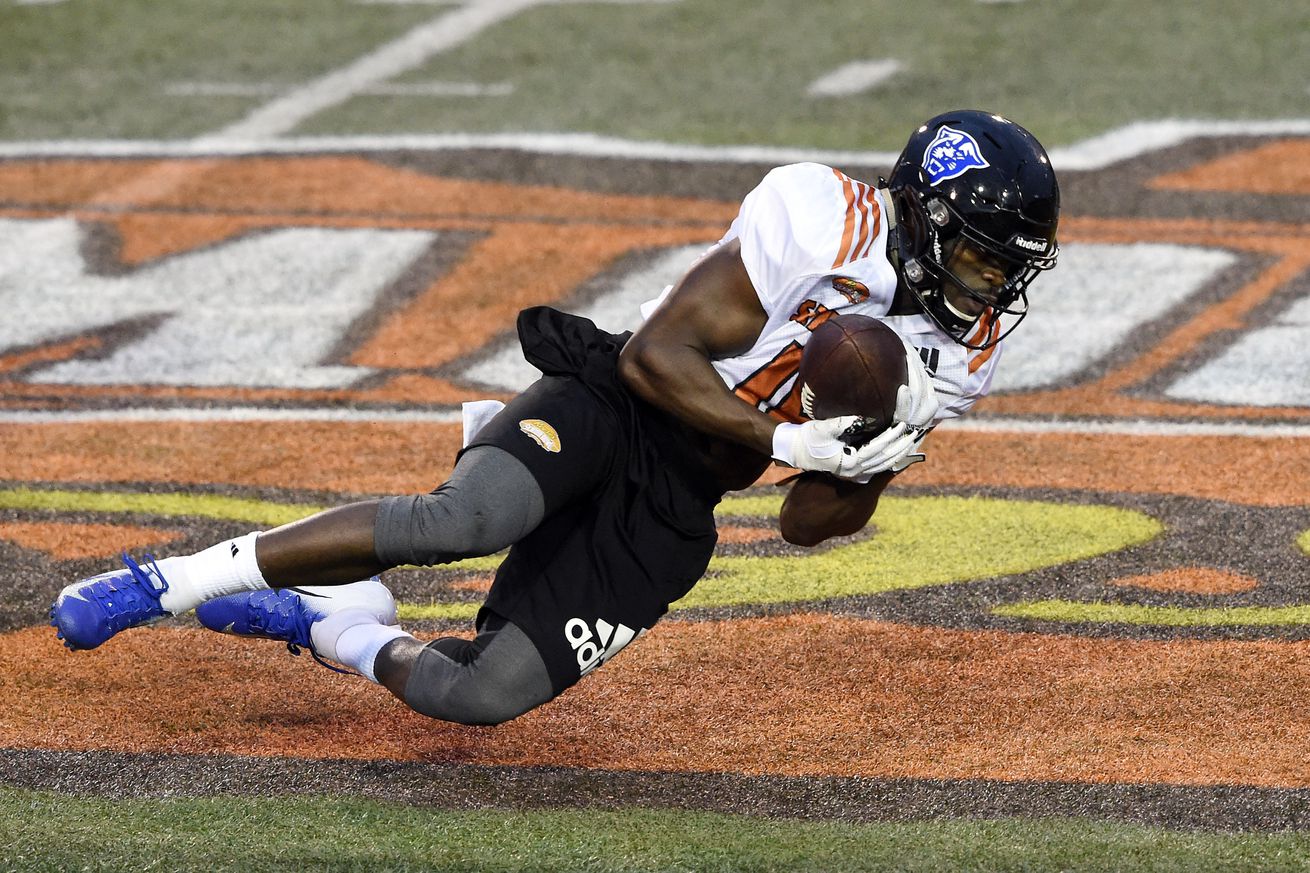 Get to know Penny Hart’s name.

The Dallas Cowboys are certainly going to be in the market for a slot receiver this offseason, especially if they move on from Cole Beasley, and one of the best ways to replenish talent is the NFL Draft.

One of this year’s prospects has the potential to be the next great slot receiver to enter the professional football landscape, that player is Georgia State’s Penny Hart.

Penny Hart was kind enough to join us on the official Blogging The Boys Instagram Live feed last week (follow us on Instagram right here) and among all things he talked about the appeal of playing for America’s Team. The Cowboys are always at the top of people’s lists in terms of where they want to play and it should come as no shock that Hart would enjoy that potential opportunity.

Coincidentally, he has been training in Dallas ahead of the selection process that’ll land him on his first professional team. We’ll see where he ends up going a few months from now, hopefully it’s not far from his current set up.

Be sure to check out the video above.

Our own Connor Livesay did a scouting report on Hart earlier this offseason, here are a few key parts.

Georgia State’s WR Penny Hart has been absolutely brilliant so far in two practices in Mobile. Hart measured 5’8”, weighed 180-lbs, had 8 7/8” hands, and 31 3/8” arms during the official weigh in’s on Tuesday, and since he stepped on that stage he’s had growing buzz surrounding his name. Hart has been torturing defensive backs with his short-area quickness, change of direction skills, and lower body explosion in and out of his breaks, which has made him practically unguardable working in 1-on-1’s. Working against some of the better cornerbacks and safety prospects here, Hart has won it seems every single one of his reps no matter who the opposing defender was.

Adderley is one of the best DBs in Mobile and WR Penny Hart got him pretty good with that controlled burst.

Penny Hart texted me late last night and let me know that the Dallas Cowboys have met with him “multiple” times throughout the week at the Senior Bowl, and he has a feeling both guys have mutual interest. The Cowboys may be needing an explosive slot receiver that can consistently get open, and showcase reliable hands in clutch situations. Penny Hart is that guy.