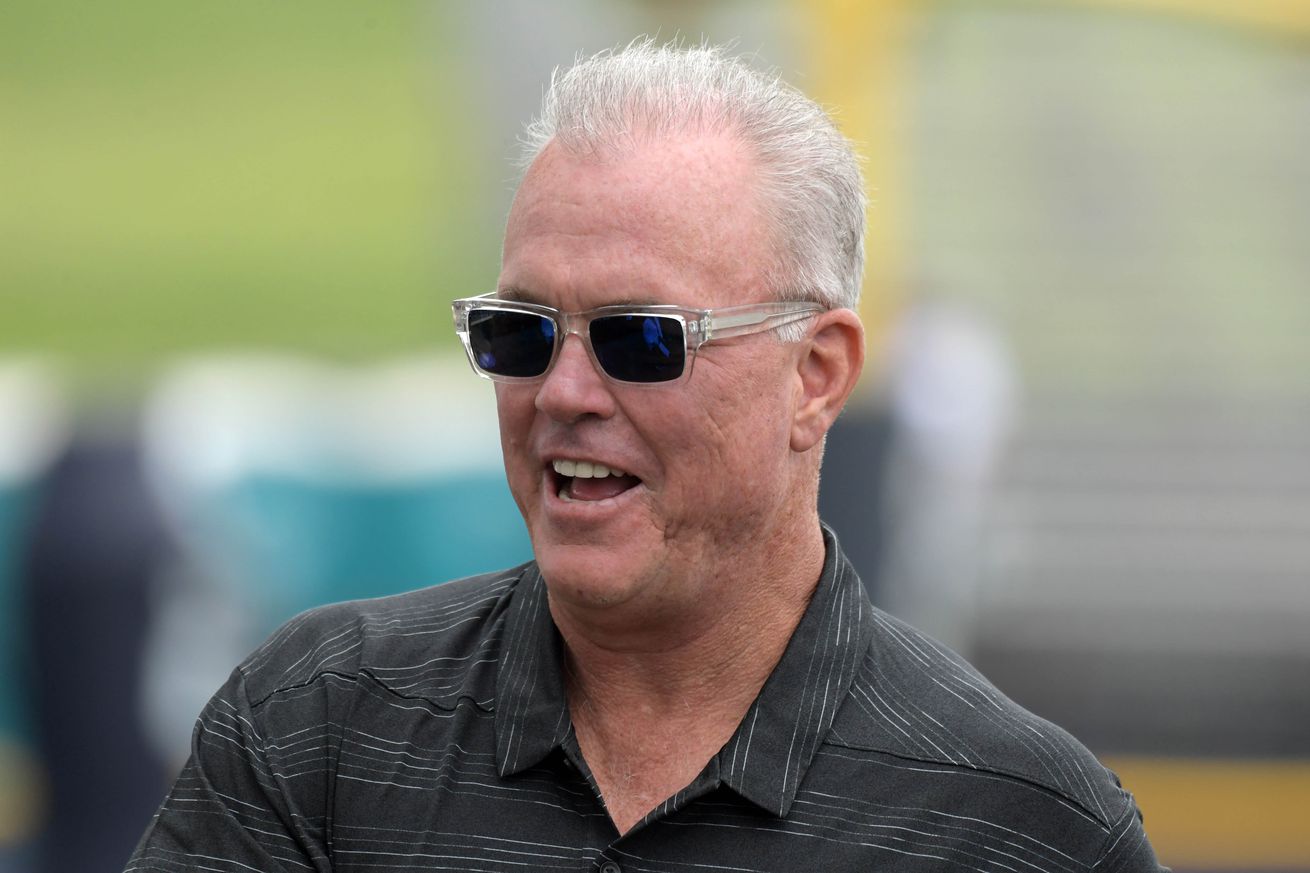 We’re not talking players, but positions, in free agency.

The Cowboys have been notoriously frugal in free agency in recent years. After years and years of spending whatever it took, they now tend to sign their own and then shop in the bargain bin of free agency. Part of that was because they were always bumping up against the salary cap, but we know there are always ways of working around that. So part of it is just a philosophy change. This year, though, the Cowboys are flush with cash. Depending on the site, the are generally listed as having $45 – $50 million to play with this offseason.

Some of that money will be spent on their own. DeMarcus Lawrence is the highest priority, and then contract extensions will come next. But let’s say the Cowboys will target one position in free agency and spend big to fill it. The kind of contract that comes on the first day that players can sign and involves big numbers with generous guarantees. If they were to do that, which position should they target? (We’re assuming for this exercise that DeMarcus Lawrence will be taken care of and is not part of the question).

We’ll narrow it down by creating a list of spots that are almost always discussed as needs for the Cowboys this offseason, plus and open wild card position.

Safety – The constant talk of Earl Thomas highlights many fans belief that the Cowboys need to improve on the back end. Xavier Woods looks like a keeper but Jeff Heath is a target for replacement. Here are the top candidates (we’ll use this Bleacher Report list for this exercise)

Defensive tackle – The Cowboys aren’t likely to re-sign David Irving and there is no true playmaker in the middle. Antwaun Woods was a nice find and Maliek Collins is steady, but there is no one to really create havoc at the position.

Tight end – The hole left by Jason Witten has not been filled. Both Blake Jarwin and Dalton Schultz have had their moments, but no one can accurately say whether they will one day be “the man” at the position.

Other – Certainly cases could be made for a slot receiver if Cole Beasley leaves or a complementary running back for Ezekiel Elliott. You can also always make the case for more pass rushing defensive ends. We’ll leave this open for any votes/comments that fall outside of the three positions listed above.

Which position should the Cowboys splurge on?