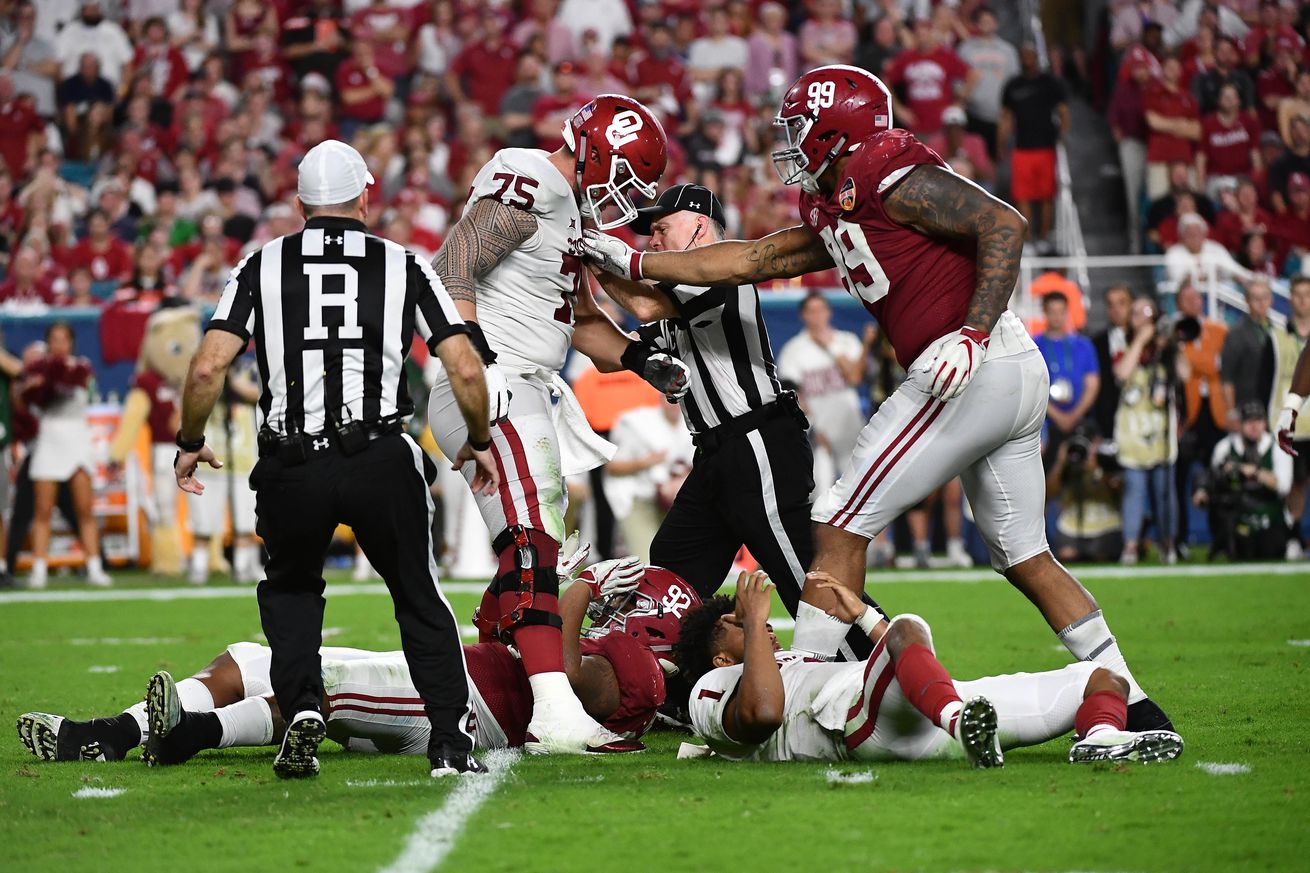 Dru Samia is one of the nastier players in this draft class at any position. While not letting his emotions get the best of him, Samia plays with a violent nature to his game. While he will likely fit best as an interior lineman in the NFL due to lack of ideal length, Samia has experience and success playing both guard and tackle from his time at Oklahoma. Plays with good center of gravity and rarely gets overpowered or beat with speed. Despite his size, Samia is able to mirror more explosive defensive lineman due to his impressive footwork and lower body twitch. Very flexible guy that rarely gets out leveraged. Does a tremendous job of getting to the second level and blocking out in front of running backs and receivers. Plays with excellent hand placement and technique at the point of attack. Has a good feel for how to leverage bigger lineman out of holes, to open up running lanes for running backs. A true team guy, that will learn different positions/techniques in order to make the all around offense better.

As mentioned above, Samia does not possess the ideal length/height to play on the outside in the NFL, and at times struggles to reach longer interior guys. Adding some mass in his frame could go along way for his point of attack strength. Though it didn’t hurt him on many occasions, Samia at times would fire to high out of his stance which leaves his chest plate vulnerable, allowing defensive lineman to execute power rushes with ease. Played in one of the best offenses, along one of the best offensive lines in the country, so has yet to be put in many tough situations.

The NFL loves versatile offensive lineman, and that includes the Cowboys. Dru Samia has the potential to be one of the most dominant interior offensive lineman in this class due to his natural athleticism, hand placement/technique, and ability to block in space. Samia reminds me a bit of Connor Williams in the sense of a guy who can play both inside and out, though Samia may be more prepared for the interior coming out of Oklahoma than Williams was coming out of Texas. Samia’s nastiness, run blocking ability, twitched up lower body, and versatility make him an intriguing day two pick for teams needs offensive line help.