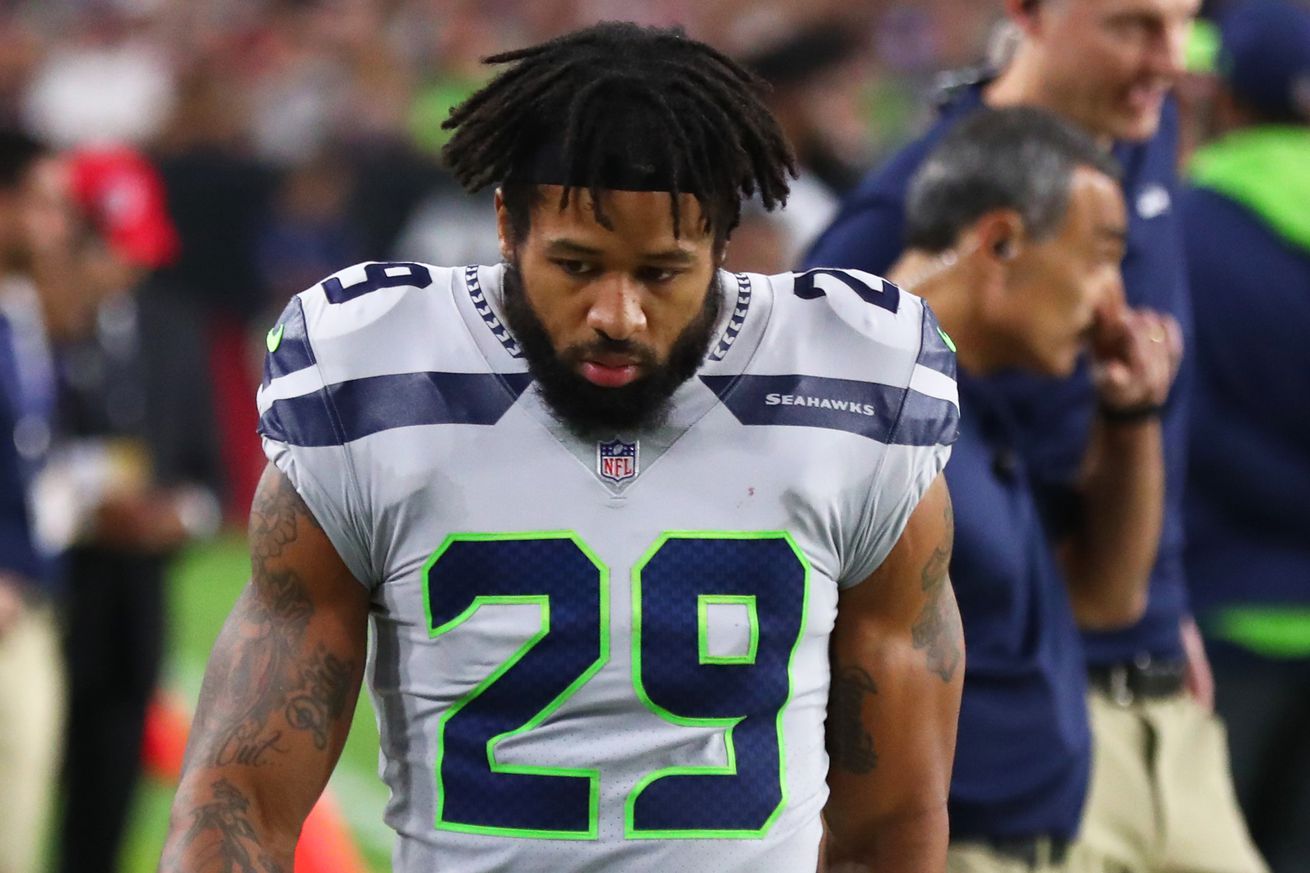 The Cowboys are rumored to only be interested in Earl Thomas if he comes at a the right price.

The Cowboys are interested in Earl Thomas but not if he comes with a hefty price tag, according to one source.

A source close to Thomas said there is a strong market for him from several NFL teams. But his age (29) and injury history are causes for concern. Thomas’ injury should require three to four months of recovery; given that timeframe, he should be good for Week 1..”

Thomas wants to play for the Cowboys. The team is interested, but not to the degree most assume.

The romance is real, with Thomas most recently sharing an NFL Network segment on Instagram in which analyst Willie McGinest paired Dallas and the star safety as a free agency fit. The veteran backstop turns 30 in May, but Thomas remains a top talent.

As for the Cowboys, Jerry Jones — newsflash — likes to make a splash. Our world makes zero sense if this fails to happen.

Three reasons why Earl Thomas signing with the Cowboys is a real possibility -DannyPhantom- Blogging The Boys
The Dallas Cowboys have been interested in Earl Thomas for a while now, but are things starting to line up perfectly for them to finally unite?

Good safeties are also hard to find. First off, there aren’t a lot of star-caliber safeties available. Of the 21 safeties selected in the first two rounds over the last four drafts – only five of them are stars – Landon Collins (2015), Derwin James (2018), Jamal Adams (2017), Budda Baker(2017), and Keanu Neal (2016). That equates to 1.25 great safeties available in the first two rounds of the drafts. Those aren’t good odds when there are 32 teams making picks. It’s even worse odds if you don’t get to pick until late in the second round. All of those players were taken either in the first or early second. The Cowboys odds of landing a talented safety at pick 58 are not very good.

And it gets much harder later in the draft. If you look at the 56 safeties selected at pick 58 or lower in the draft, only two of them are having standout careers – Kevin Byard of the Titans(64th overall in 2016) and Eddie Jackson of the Bears (112th overall in 2017). In fact, Xavier Woods ranks 11th out of those 56. He’s solid if you like solid. Earl Thomas is not solid. He’s real and he’s spectacular.

Adding Earl Thomas on the back end is perfect free agency target for what Cowboys need- Jordan Dajani-247Sports
There may be other players of interest but nobody more fitting than Earl Thomas.

It’s hardly been a secret that the Cowboys and Thomas have a mutual interest in one another. Thomas was born in Texas and starred there for the Longhorns. The Dallas defense, formidable though it may be, could use an upgrade on the back end.

There’s been so much chatter surrounding Thomas to the Cowboys that the NFL launched a tampering investigation. No wrongdoing was found, but it demonstrates just how much noise has surrounded this potential match for a year now.

Re-signing Demarcus Lawrence this offseason is Dallas’ No. 1 priority, but with more than $46 million in cap space, the Cowboys should (in theory) have the coin to both re-up their best pass-rusher and add a shiny new (old) safety.

If Earl Thomas doesn’t work out, the Cowboys could pursue one within their division | SportsDay
Earl Thomas is the wish but he’s not the only prize out there, could Cowboys make a run after Landon Collins, a player they know very well? Local beat writers think they should.

If the Cowboys can’t get Earl Thomas, would they go after Landon Collins?

Moore: ”I think so. There’s word that the Giants may use the franchise tag on Landon Collins.

”He’s younger, he’s not the playmaker that Earl Thomas is but he’s a good fit in this scheme.

”I think Dallas is going to spend more in free agency than they have in the past. I think they feel Earl Thomas is a guy that’s warranted to spend it on and I think Landon Collins is a guy they can spend it on. I see them actively pursuing one or the other of those players.”

Sherrington: ”To me that was the biggest let down of the defense last year, the play at safety.”

Moore: ”They don’t make any plays and they don’t get any turnovers. They are right on the cusp, but they got to start getting some turnovers. Earl Thomas seems better equipped to do that than any one individual player out there.”

Continuity for the offensive line is the only offseason wish for the best unit on the team- Dave Helman- Dallas Cowboys
After a year where the line was shuffling on a weekly basis, the Cowboys hope that continuity returns with Travis Frederick.

Frederick’s return would be one step back toward something that was missing last year – continuity. The Cowboys were without their starting center all year, they cycled between two different left guards, they fired their offensive line coach at midseason.

Even Zack Martin, the All-Pro mainstay at right guard, dealt with injuries and missed his first career game. It was strange, as we’ve come to know this as the unit that is always together, always the same. It’s always said that chemistry is so important to an offensive line, and hopefully that’ll work in their favor in 2019. Marc Colombo, who was re-signed as the full-time offensive line coach after an interim stint, will be a big part of that. Colombo was a five-year starter in Dallas and has great relationships with all of his players here. Bringing an All-Pro in Frederick back to the huddle would also be huge. This is a group that thrived off continuity and chemistry for years, and 2019 presents an opportunity to get back to that.

The loss of Pro Bowl center Travis Frederick before the season began to Guillain-Barre syndrome was a serious blow. His absence created a domino effect the line struggled to overcome.

Joe Looney, a veteran journeyman who has spent most of his career at guard, had to slide over to center. Rookie Connor Williams was next to him at left guard.

Putting an undersized rookie between Frederick and Pro Bowl left tackle Tyron Smith made sense. Putting him next to Looney didn’t. Williams struggled early in the season. Looney quickly got better, but he was no Frederick. Pressure up the middle disrupted the Cowboys offense.

DeMarcus Lawrence: Both sides maneuvering with deadlines ahead- Scott Slant- KTVB.com
Things are always complicated when this much money is at stake but Cowboys and DeMarcus Lawrence will eventually find common ground.

No game of tag Tuesday—so Demarcus Lawrence isn’t “it” yet. “It” would be the Dallas Cowboys’ franchise tag, something the former Boise State star played under last season (for a cool $17 million). The tag this year would earn him $20 mill, but Lawrence doesn’t want to do it for a second season. He wants a long-term deal that would top $20 million per year, which would be fitting for an elite NFL defensive end. The Cowboys will try to reach a deal with Lawrence between now and March 5, the deadline to apply the franchise tag to a player. If an agreement’s not done by then, Dallas would go the franchise route, giving the team until July 15, the NFL’s deadline to sign a franchised player to a new contract.

If he does get franchised, the expectation is that Lawrence would stay away from the team at least until training camp. Now, that may be a moot point, as a shoulder injury will keep the 26-year-old out of the Cowboys’ offseason program anyway. Lawrence has put off surgery while the two sides try to work out a deal (and he definitely would prefer to stay in Dallas). He has a torn left labrum, and the typical recovery period is three to four months, making even the Cowboys’ June minicamp doubtful. Training camp could also be impacted if negotiations drag and Lawrence keeps delaying the operation.

Multiple free agent names Cowboys could target at DL but will they want to spend the dough? -Tyler Dragon- SportsDay
Big names like Ndamukong Suh mean big price tags will the Cowboys spend in a year with some room to spare?

The 2018 playoffs proved that Suh still has plenty left in the tank, especially when motivated and surrounded by good talent. Dallas saw firsthand what Suh’s capable of in the divisional round. He had four tackles, one tackle for loss and two quarterback hits in what might have been his best game as a Ram.

Dallas is going to have to fork out some cash to land Suh. The Cowboys can watch their most recent game film to sway a decision in Suh’s direction.